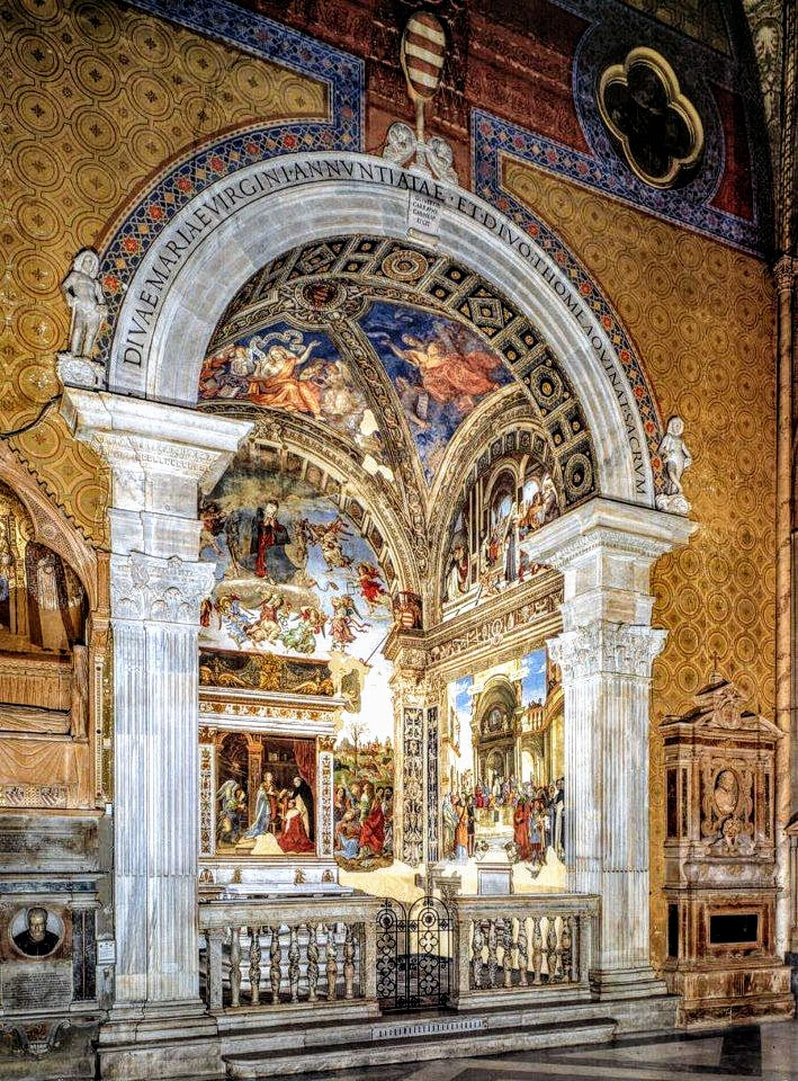 The Carafa Chapel
The patron of the Cappella Carafa  was Cardinal Oliviero Carafa (1430-1511), who came from a very prominent Neapolitan family and was an influential member of the Roman Curia. When he took over the patronage of the chapel, which was already dedicated to the Virgin Mary and St Thomas Aquinas, he commissioned the Florentine artist Filippino Lippi (1457-1504) to paint the frescoes. Lippi worked on the chapel from 1488 to 1493 and its rich and lavish decoration testifies to the wealth of his patron.
​
The altarpiece, which is a fresco and not a panel painting, depicts the Annunciation. We see the Archangel Gabriel alighting on tiptoe to announce the Incarnation of Christ. The Virgin casts Gabriel a sidelong glance and raises her hand in a gesture that seems to bless the kneeling cardinal. The sadness on the Virgin’s face expresses, perhaps, her fore-knowledge of her son’s fate, whose death was once represented in relief at the bottom of the frame. St Thomas Aquinas gazes at the Virgin Mary as he presents the cardinal to her.

For the fresco of the Assumption of the Virgin, Lippi imitated the real architecture of the entrance arch of the chapel. Although spatially unified, the scene is divided into two levels by the banner above the altarpiece. At the bottom, on either side of the altarpiece, we see the apostles. There are only eleven figures in attendance, as, according to tradition, St Thomas was not present at the event.

On the right wall there is a fresco of the Triumph of St. Thomas Aquinas over the Heretics. In the painting we can see (on the right) two boys, the future Medici popes, Leo X and Clement VII, whose funeral monuments lie close by, behind the high altar. The fresco in the lunette depicts the Miracle of the Cross of St. Thomas Aquinas.

The vault is decorated with images of four sibyls rather than the customary four Evangelists.

On the left wall of the chapel is the funerary monument to Pope Paul IV (r. 1555-59), a member of the Carafa family. Filippino Lippi's fresco of The Triumph of Virtue was destroyed when the monument was installed. 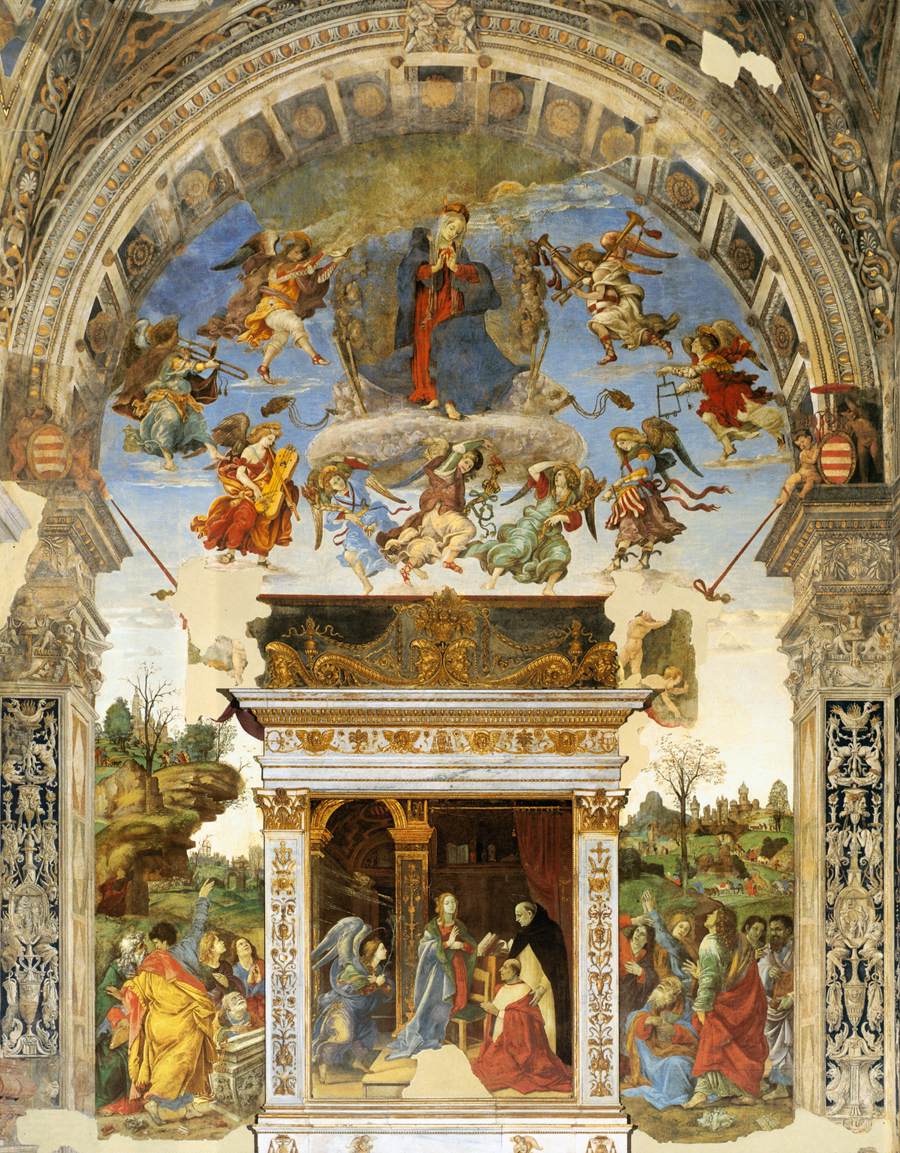 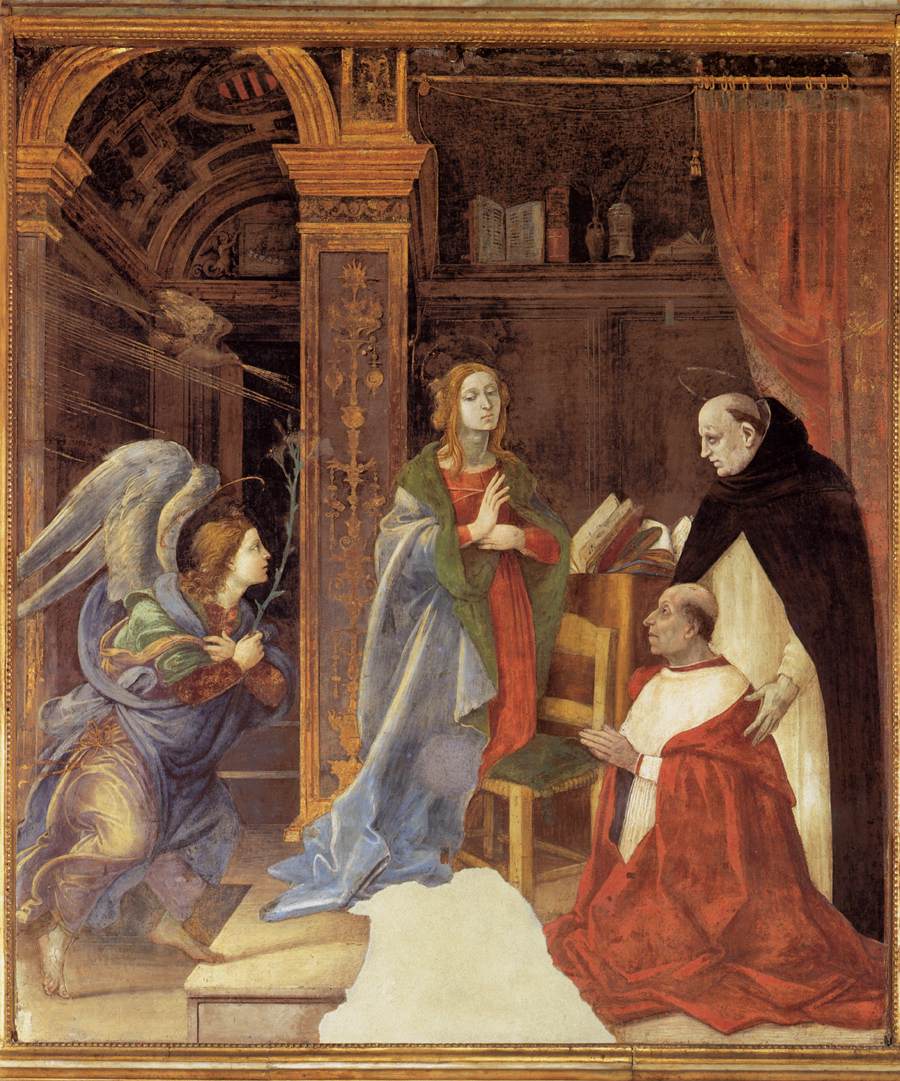 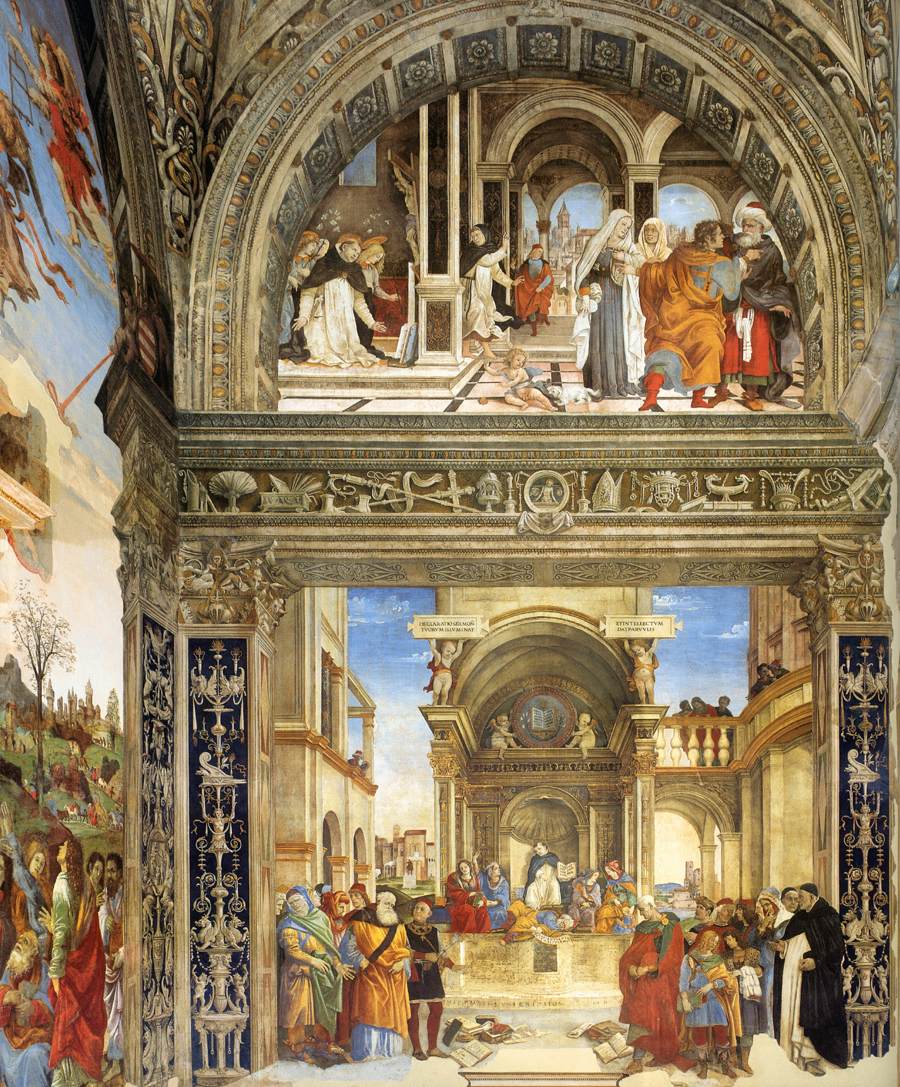 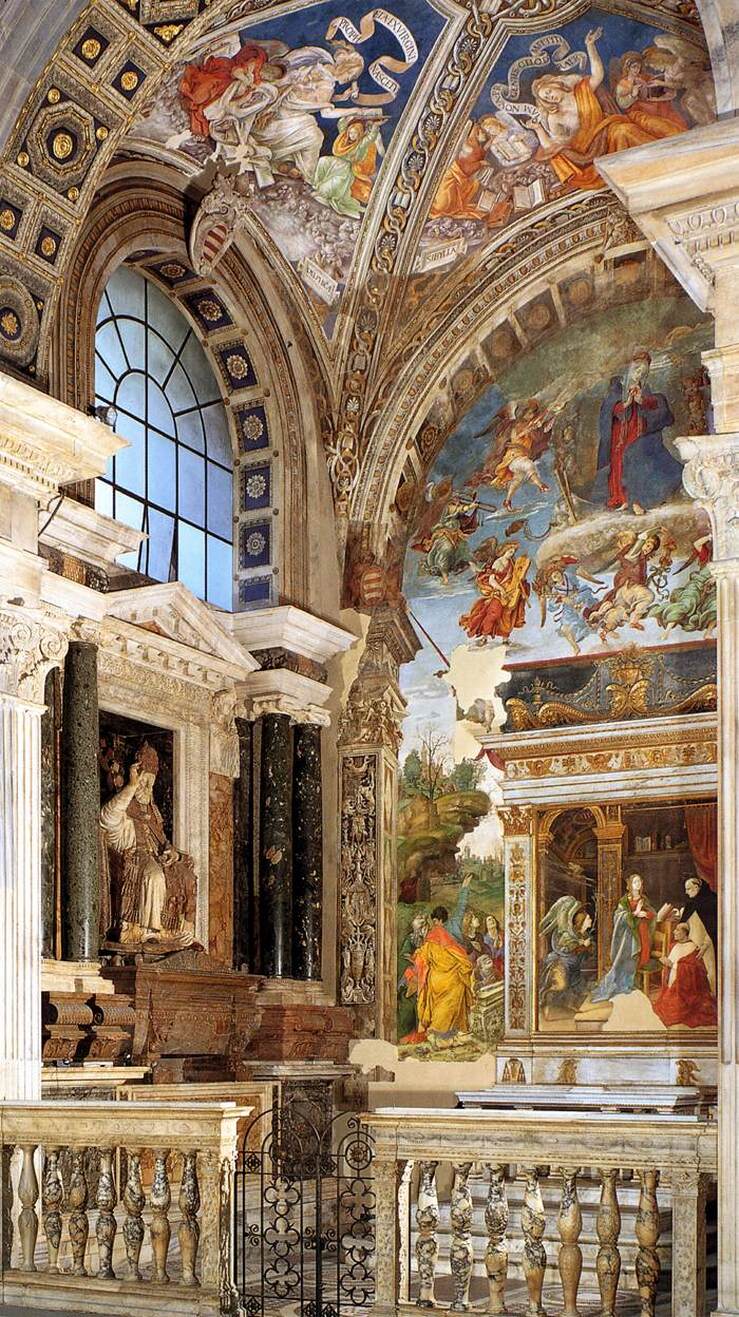