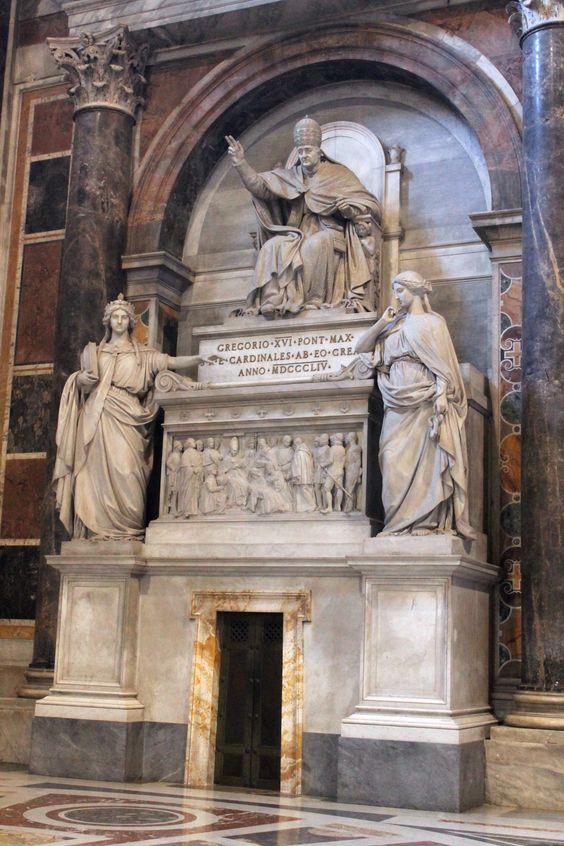 The pontificate of Gregory XIV (r. 1590-91) was blighted from the start by his promotion of his young, incompetent and corrupt nephew as Cardinal Secretary of State, a position which put him in charge of the papal coffers. The cardinal-nephew lost no time in enriching both himself and his family. However, the pope's reign was short and he died before reaching his first anniversary.

The pope's nephew might have helped himself to the wealth of the church, but Gregory XIV's funerary monument remains the least elaborate in the basilica, consisting of nothing more than a simple sarcophagus and an empty niche. The pope's coat-of-arms, supported by two angels, crowns the arch, while statues of Religion and Justice stand at either side. Three of the four panels are painted with monochrome frescoes, while one remains empty.