Fountain of the Triton 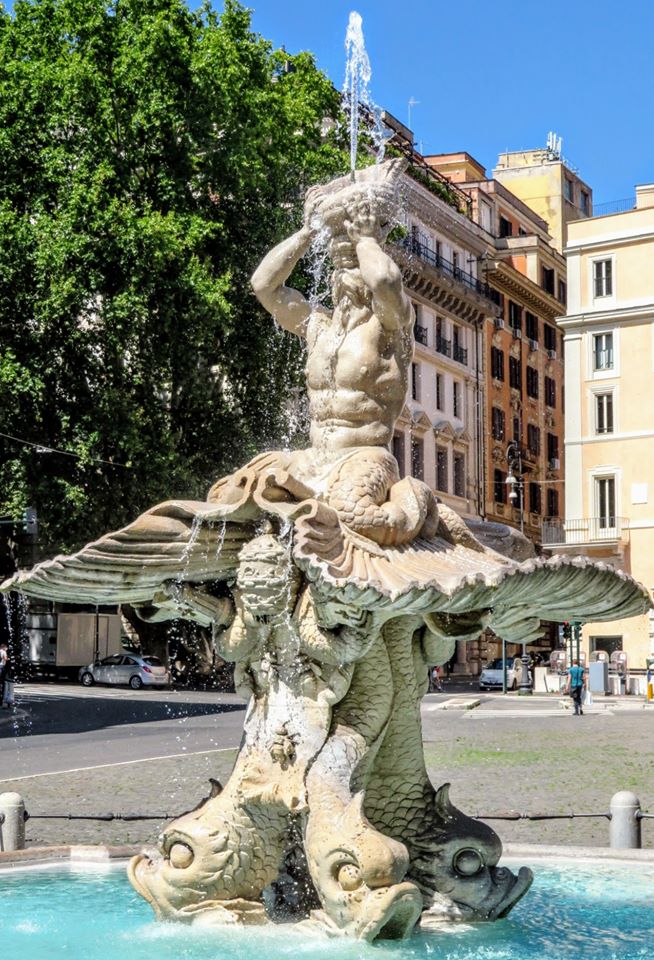 Fountain of the Triton
The Fountain of the Triton (Fontana del Tritone, 1642-43) graces the centre of the frenetically busy Piazza Barberini. It was commissioned by Pope Urban VIII (r. 1623-44), whose family pile, the Palazzo Barberini, sits a stone's throw away, and was created by the pope's favourite sculptor, Gian Lorenzo Bernini (1598-1680).

Triton, the son of Poseidon and Amphitrite (god and goddess of the sea), was his father’s herald. He is usually depicted as a merman, upper-part human, lower-part fish.

Triton kneels on an upturned shell, which is supported by four dolphins, and blows water into the air through a conch. The papal coat of arms is prominently displayed at the base of the fountain.

Once upon a time, Bernini's mighty Triton sent a jet of water three, or so, metres high, into the air. Nowadays, the messenger of the sea can manage little more than a metre!
Gallery 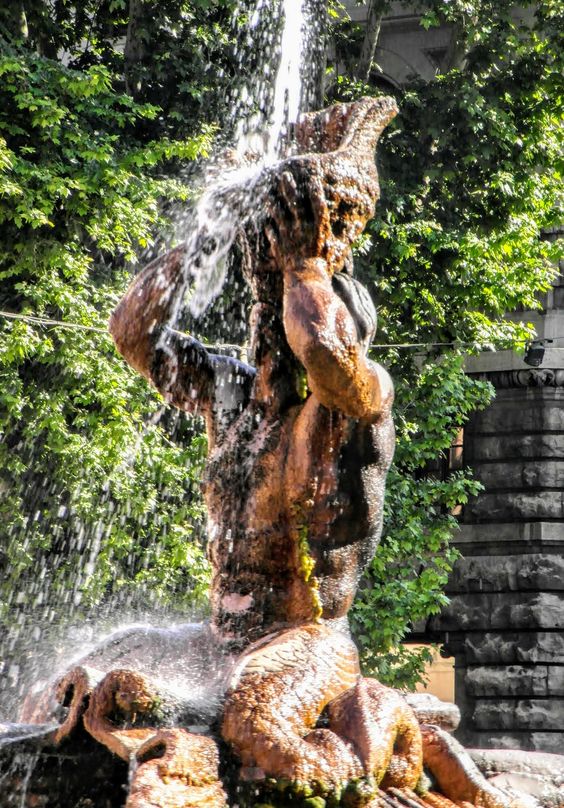 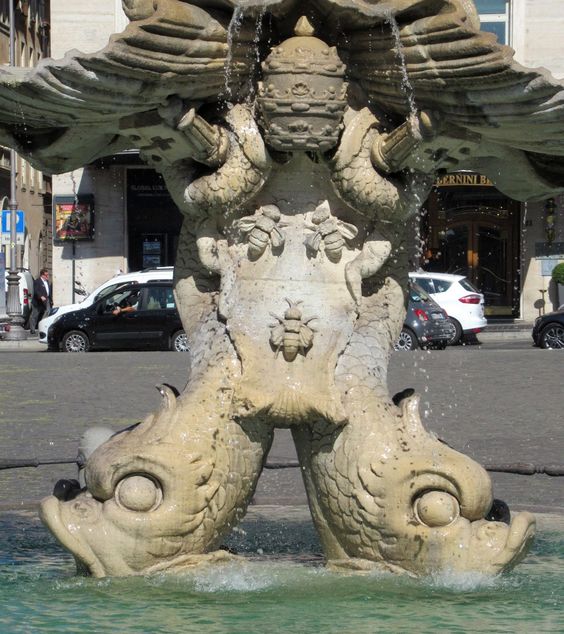