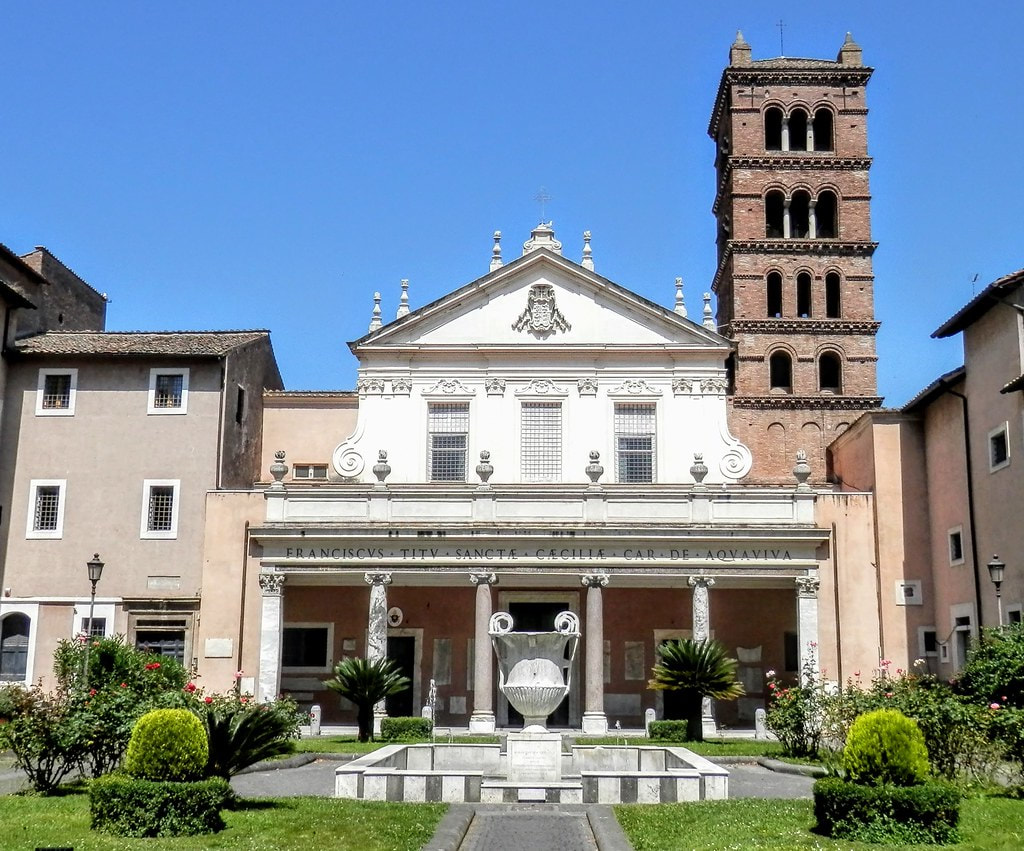 Paschal I appears in the mosaic in the apse; his halo is rectilinear to show that he was still alive when the mosaic was made. Above his halo, perched on a branch of a palm tree, is a phoenix, a symbol of the Resurrection. In the centre of the mosaic stands Christ with St Paul, St Agatha (wearing a crown) and Paschal I on the left and St Peter, St Valerian and St Cecilia on the right. At the lower level twelve lambs (representing the Apostles) emerge from the cities of Bethlehem and Jerusalem and converge on the Agnus Dei.

The baldacchino (1294) in the sanctuary is the signed work of Arnolfo di Cambio.

On October 20th 1599, during the course of restoration work in the church, two marble sarcophagi were discovered. Cardinal Paolo Emilio Sfondrati, the titular cardinal of the church, had the sarcophagi opened before the presence of witnesses. In one was a wooden casket, which contained the body of St Cecilia. Peering through the veil, which covered her body, they noted that the saint was small of stature and that her head was turned downward. A young sculptor, Stefano Maderno (1576-1636), was commissioned to depict the saint's body exactly as it was found. Maderno's sculpture is on display in a striking black marble recess, under the high altar.

The interior of the church was radically transformed in the early 18th century when grilles were added in the upper gallery to allow the nuns to attend services. The fresco of the Coronation of St Cecilia (c. 1727) in the centre of the ceiling is the work of Sebastiano Conca (1680-1764).

The facade was commissioned by Cardinal Francesco Acquaviva d'Aragona, titular priest of Santa Cecilia between 1709 and 1724, and designed by the Florentine architect Ferdinando Fuga (1699-1782). The cardinal's name is prominently displayed on the facade.

The grand funerary monument in the loggia is that of Paolo Emilio Sfondrati, the cardinal who arranged the exhumation of St Cecilia in 1599 and who died in 1618.

At the end of the right aisle a short corridor leads to the Cappella Rampolla, which was created as a funerary chapel for Cardinal Mariano Rampolla (1843-1913). The grand monument (1929) is the work of Enrico Quattrini.

One of the casualties of the remodelling of the church was the loss of much of a fresco of the Last Judgement, which once adorned the counter-facade. What remains of this beautiful fresco, which was painted by Pietro Cavallini (circa 1293), can be seen by visiting the nuns' convent (entrance to the left of the church).

The brick bell-tower, which was built in 1140, was left untouched by the remodelling of the body of the church. 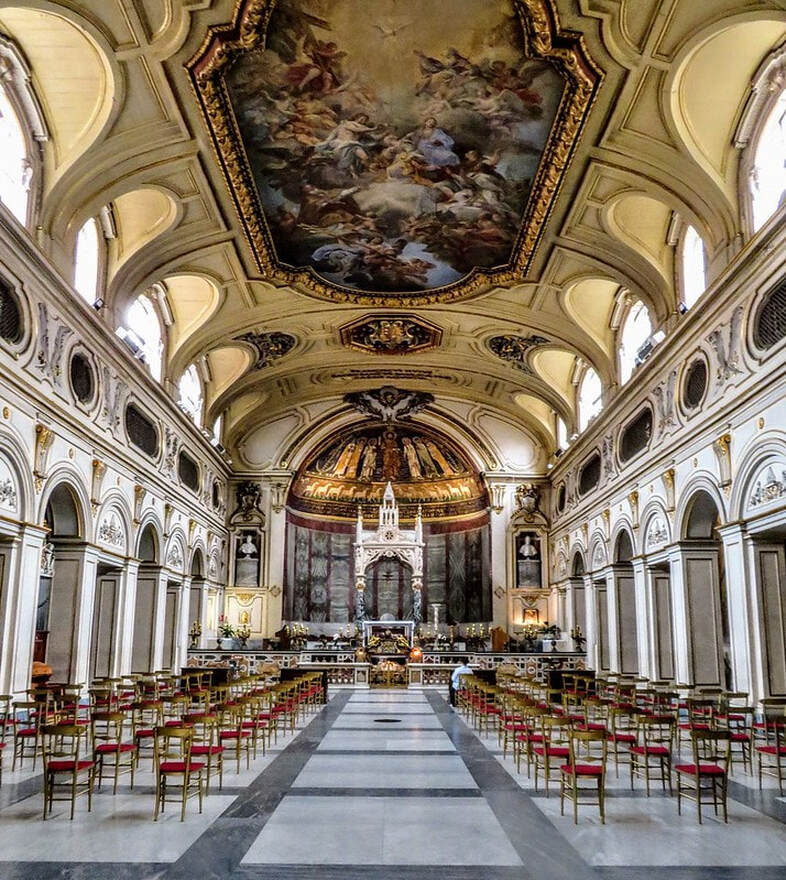 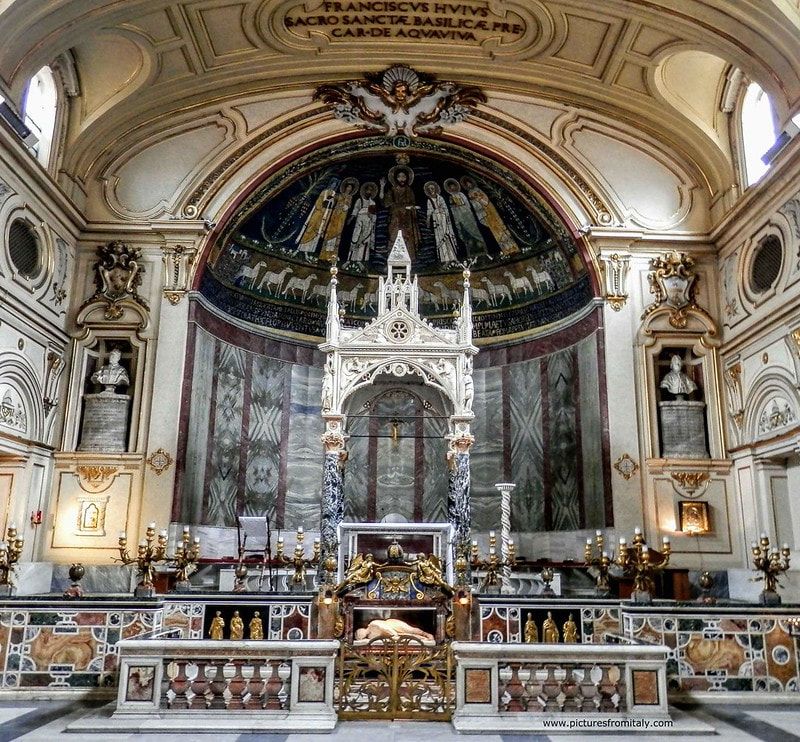 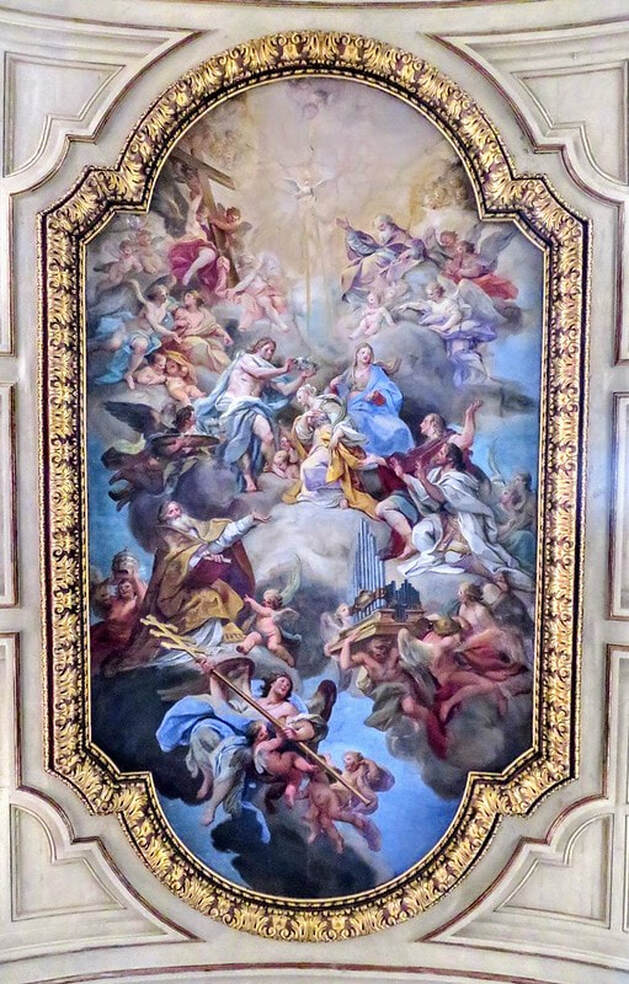 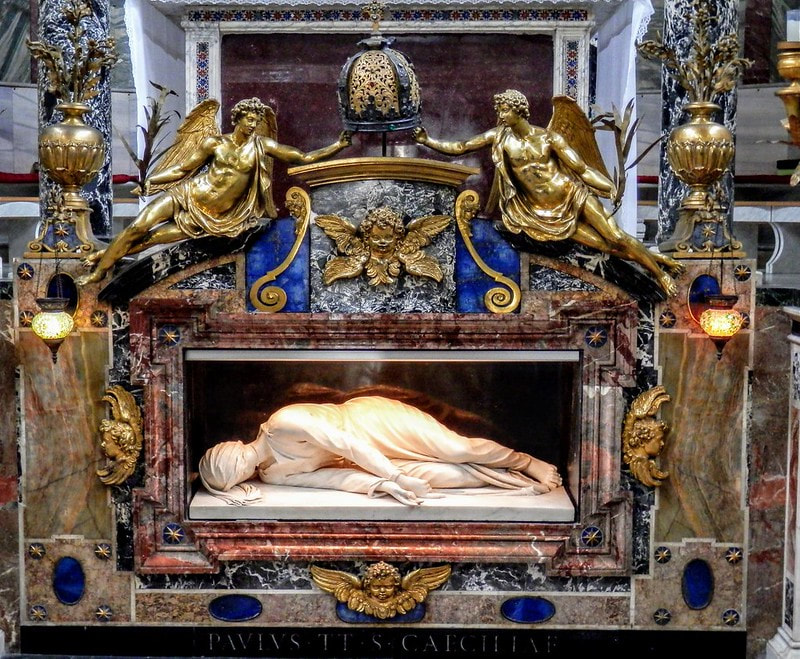 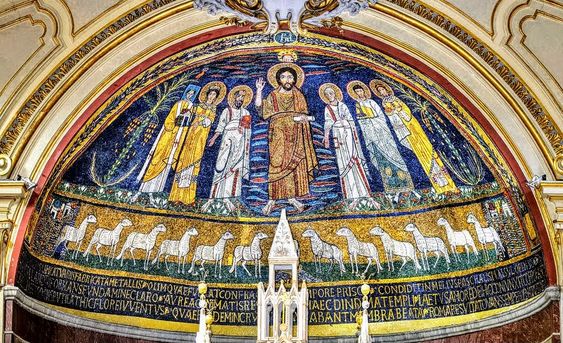 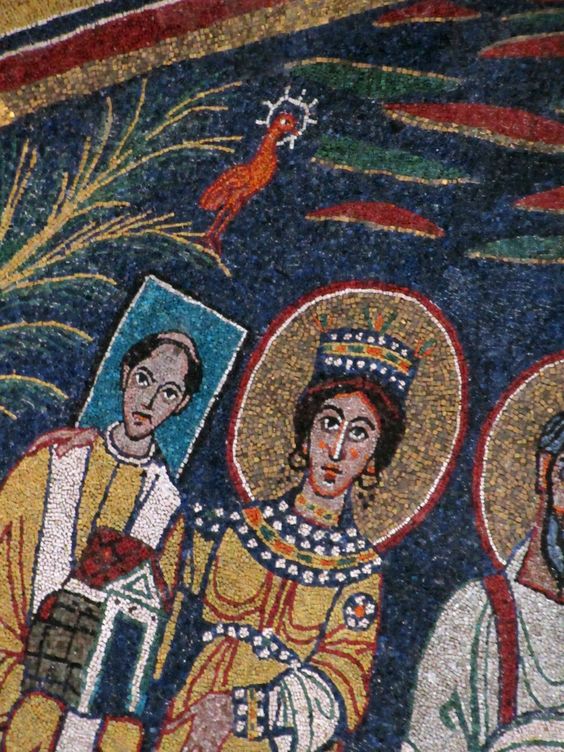 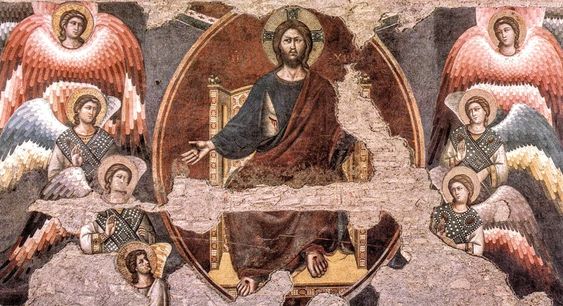 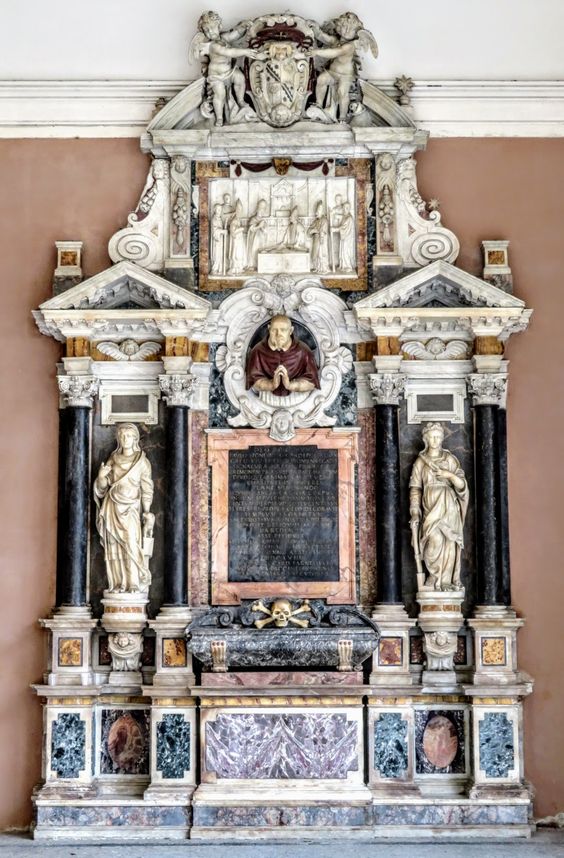 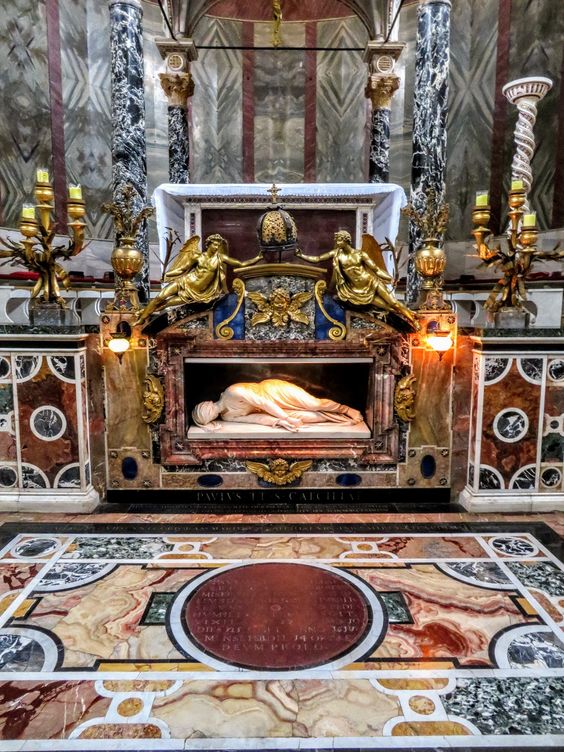 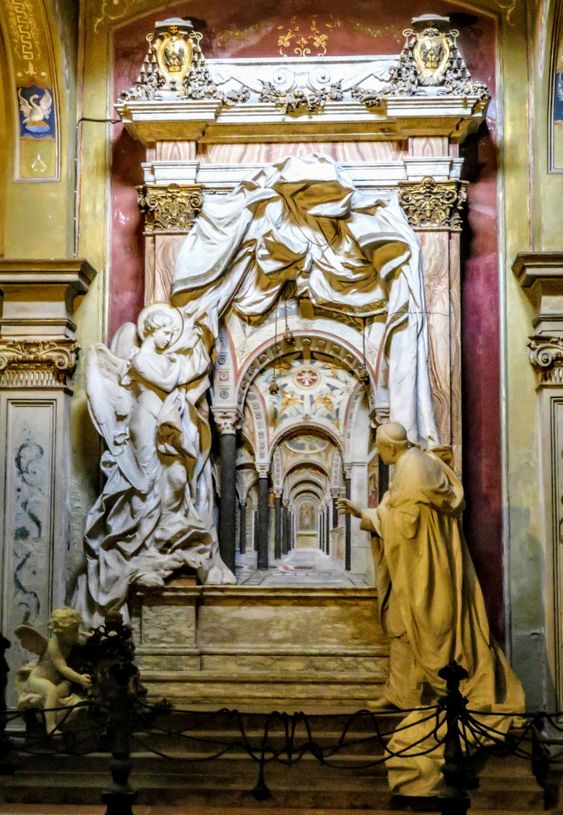