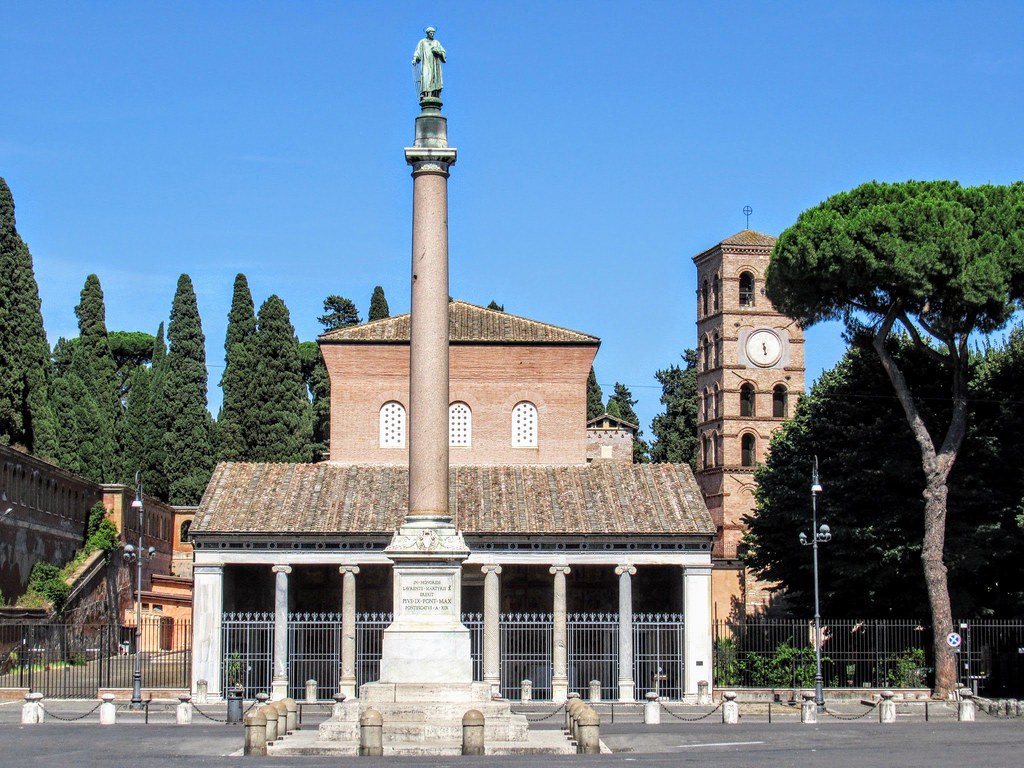 Centuries later the church was radically remodelled by Pope Honorius III (r. 1216-27). The apse was demolished, the nave was extended westwards and the orientation was completely reversed. The original nave was raised and this became the chancel of the new church. This explains why the late 6th century mosaics appear to be on the wrong side of the chancel arch. The mosaics commemorate St Lawrence and the building of the church in his honour by Pope Pelagius II. In the centre sits Christ on the blue globe of the firmament. To his right stand St Peter, St Lawrence and Pope Pelagius, who offers a model of the church to Christ. To his left stand St Paul, St Stephen (some of whose relics are kept in the church) and St Hippolytus.

San Lorenzo fuori le Mura boasts a beautiful Cosmatesque pavement. The tomb of Cardinal Fieschi (who died in 1256), on the west wall of the church, reuses an ancient Roman sarcophagus, which sports a splendid relief of a wedding ceremony.

The church's charming little cloister was built at the end of the 12th century.

On the night of July 19th 1943, allied bombs fell on San Lorenzo fuori le Mura, partly destroying the ancient basilica (the target was meant to have been the nearby railway station). It was the only church in Rome to suffer serious damage during the Second World War, but by the end of the decade it had been carefully rebuilt.
Gallery 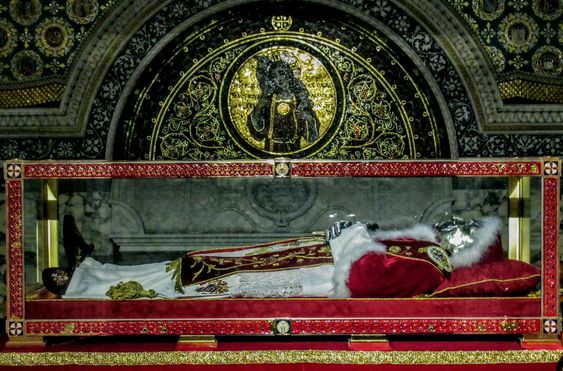 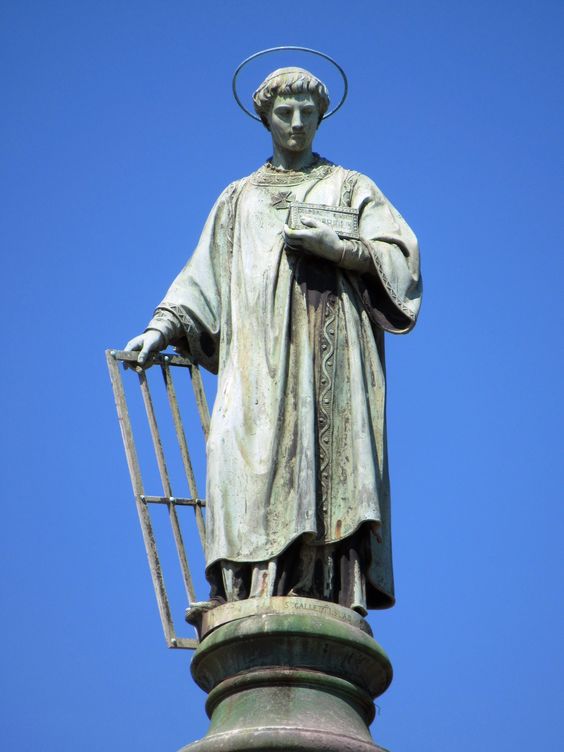 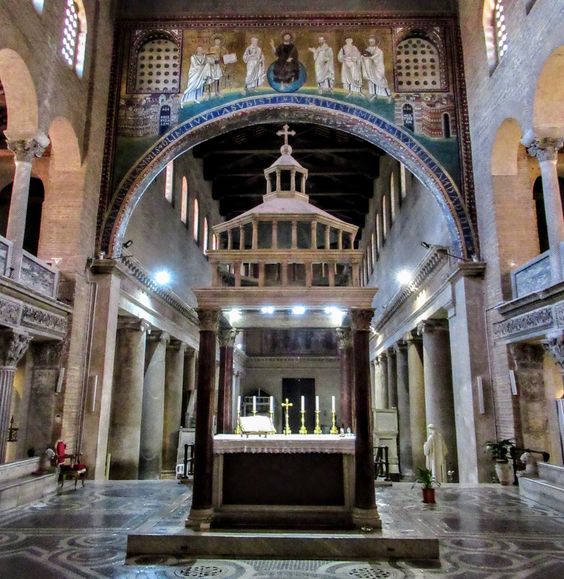 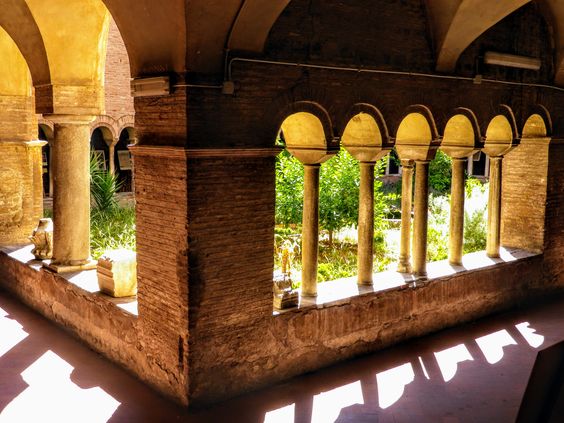 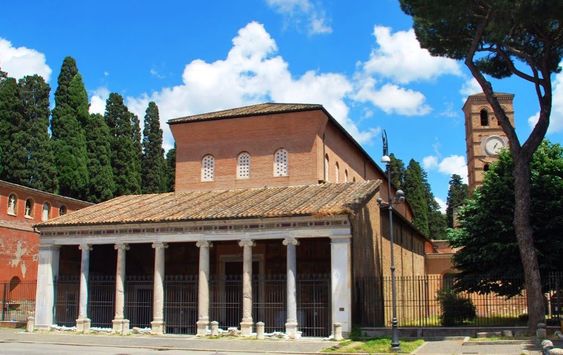 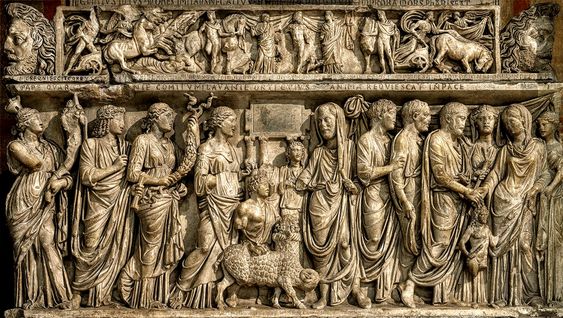