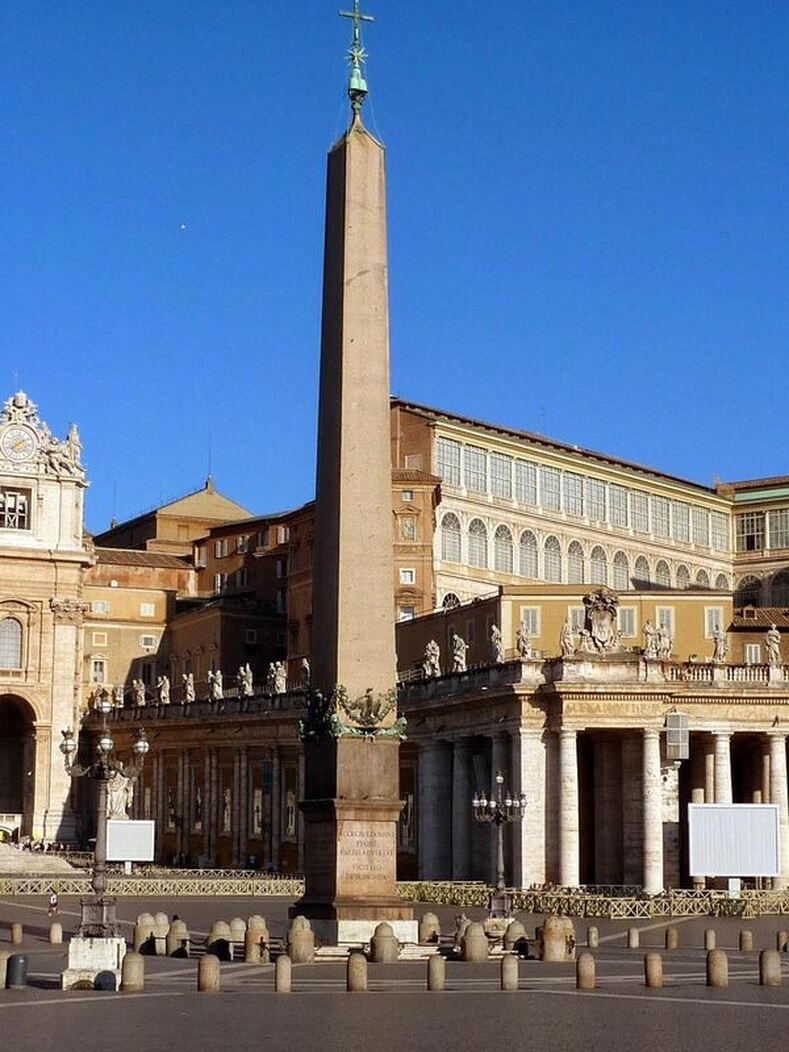 The 'Vatican' Obelisk
The 'Vatican' obelisk (25.5 m), which graces the centre of Piazza di San Pietro, once stood in the city of Alexandria, if Pliny the Elder (c. 23-79) is to be believed. The obelisk was moved to Rome in 40 CE, on the order of the emperor Caligula (r. 37-41), who had it erected on the spina of the Vatican Circus, later the site of St Peters Basilica.
​
The 'Vatican' obelisk is the only ancient obelisk to have remained standing; all of the others collapsed or were toppled. St Peter's Needle, as the obelisk came to be called, originally stood on the south side of the Basilica, but in 1586 it was moved to its present position, at the behest of Pope Sixtus V (r. 1585-90). The man who was charged with moving the obelisk (which weighs in the region of 300 tons) and re-erecting it (a task not undertaken for more than a thousand years) was the architect Domenico Fontana (1543-1607).

The raising of  the obelisk, which took place on September 10th 1586, involved a team of 900 men and dozens of horses.

At its base sit four bronze lions, each of which has two bodies with intertwining tails. The lions, and the stars on their heads, are a reference to the heraldic alms of Sixtus V. There are further references at the top of the obelisk in the form of the montini and star. They replaced the gilded bronze globe, which is now in the Musei dei Conservatori. According to legend, the globe was supposed to contain the ashes of either Julius Caesar or St Peter. However, it turned out to be quite empty. At the very top of the obelisk is a cross.

The four inscriptions on the pedestal were composed by Cardinal Silvio Antoniano. 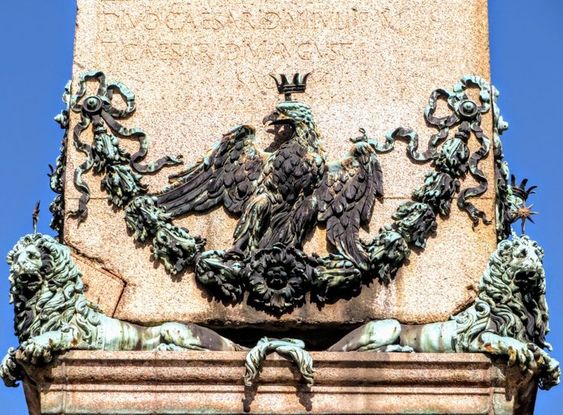 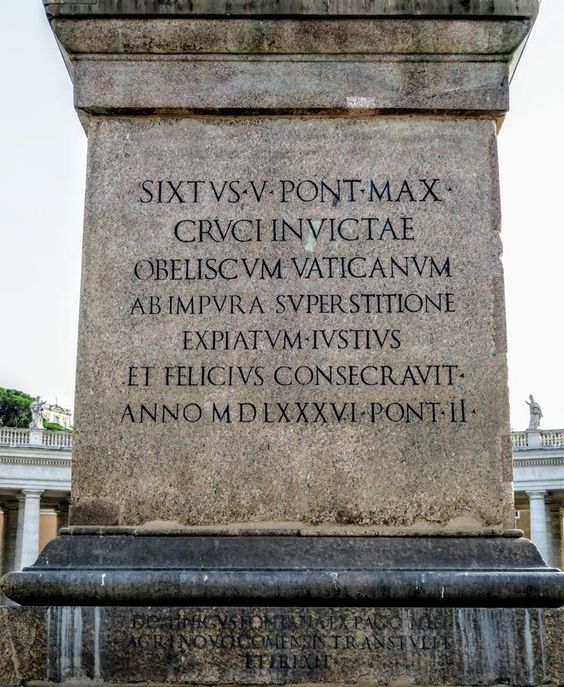 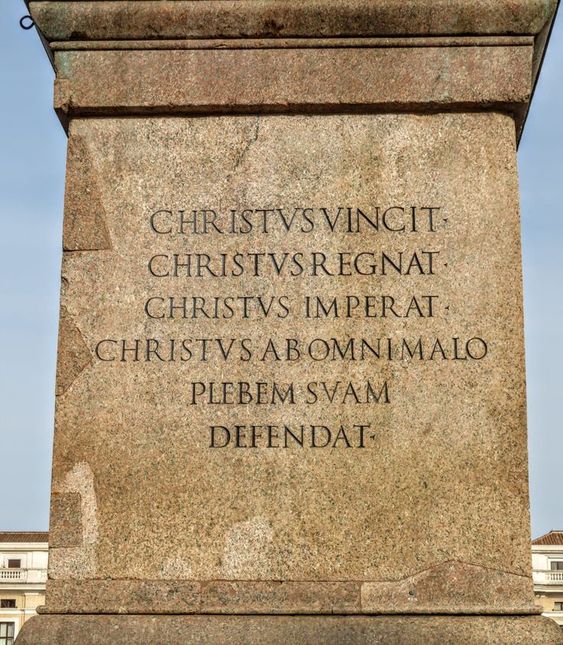 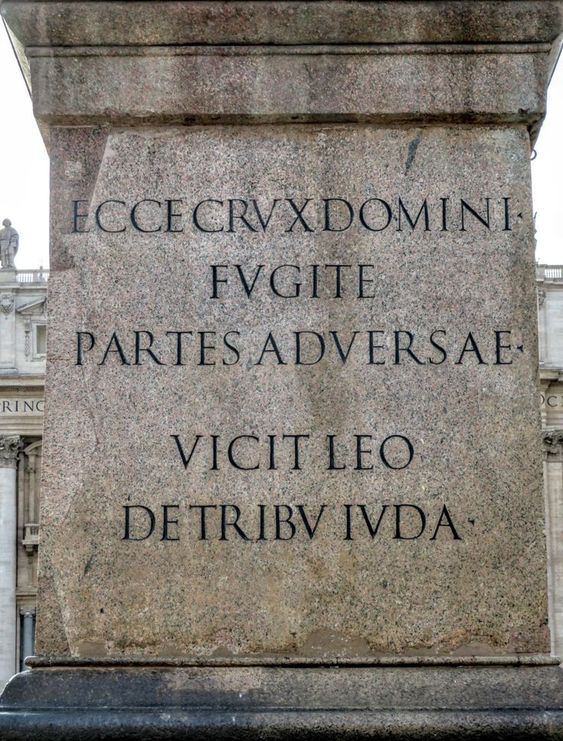 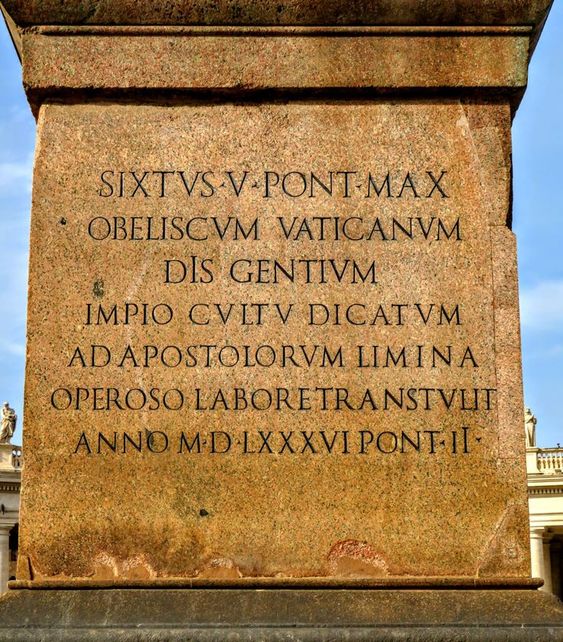