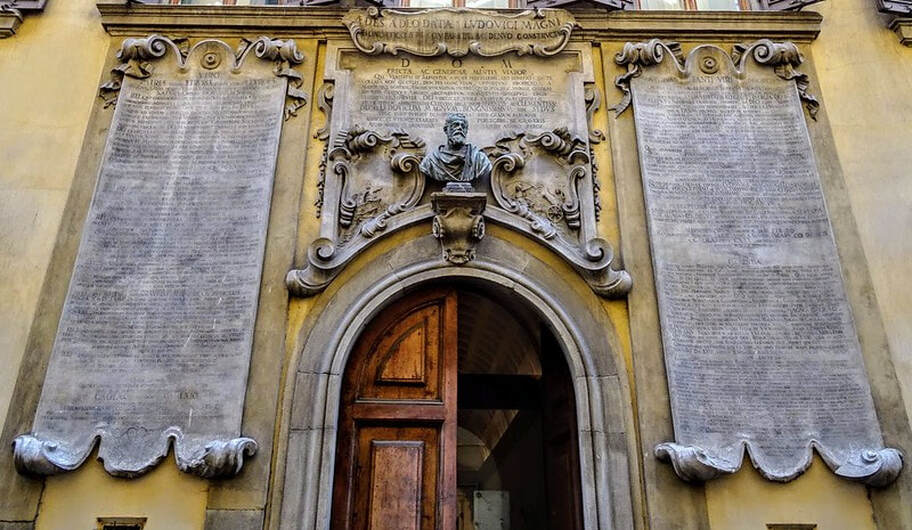 Viviani, mathematician and astronomer, had the architect Giovanni Battista Nelli, transform part of the facade of his own house into a memorial to his master. In addition to the bronze bust over the door, the work of Giovanni Battista Foggini (1652-1725), there are two large stone tablets. The tablet on the left (with its opening appeal to the 'passer-by of upright and generous mind') is inscribed with details of Galileo's many achievements in the fields of astronomy, mechanics and natural philosophy, while the tablet on the right is inscribed with the major events of Galileo's life.
​
The facade of Palazzo Viviani, which is more commonly known as Palazzo dei Cartelloni (on account of the tablets/cartelloni), thus became the first publicly visible memorial to Galileo in the city of Florence.

Galileo died at his home in Arcetri, on the outskirts of Florence, on January 8th 1642. He is buried in the church of Santa Croce.