Map
The Quartiere Coppedè was created by, and is named after, the Florentine architect, Gino Coppedè (1866-1927).

To call the area a quartiere makes it sound much grander and larger than it is. The Quartiere Coppedè actually amounts to no more than five short streets, all radiating from the Piazza Mincio, at the centre of which is the delightful Fontana delle Rane (Fountain of the Frogs).

The buildings, which were erected between 1917 and 1926, are characterised by a playful use of detail, which never fails to surprise and delight. In his lavish use of ornament and colour, Coppedè was swimming against the architectural tide of his day. Modernism was the dominant ideology, and ornament, let alone colour, was distinctly passé.

Gino Coppedè was born in Florence on September 26th 1866 and developed his love of decoration in the workshop of his father, who was a wood-carver. There, Gino and his brothers learned to carve intricate figures to adorn the homes of the Florentine bourgeoisie. The rewards of this apprenticeship would, in time, be reaped in full in a small corner of the Eternal City.

Coppede's architectural brief may have been in Rome, but this did not stop him from including many references to his native city in the designs. For instance, on the Villini delle Fate a mural depicts the Palazzo Vecchio, Brunelleschi's dome, Giotto's tower etc..

The Quartiere Coppedè has inspired a number of film makers, including the director Dario Argento, who used it in two of his most famous works, Inferno (Hell), 1980, and L’uccello dalle piume di cristallo (The Bird with the Crystal Plumage), 1970. 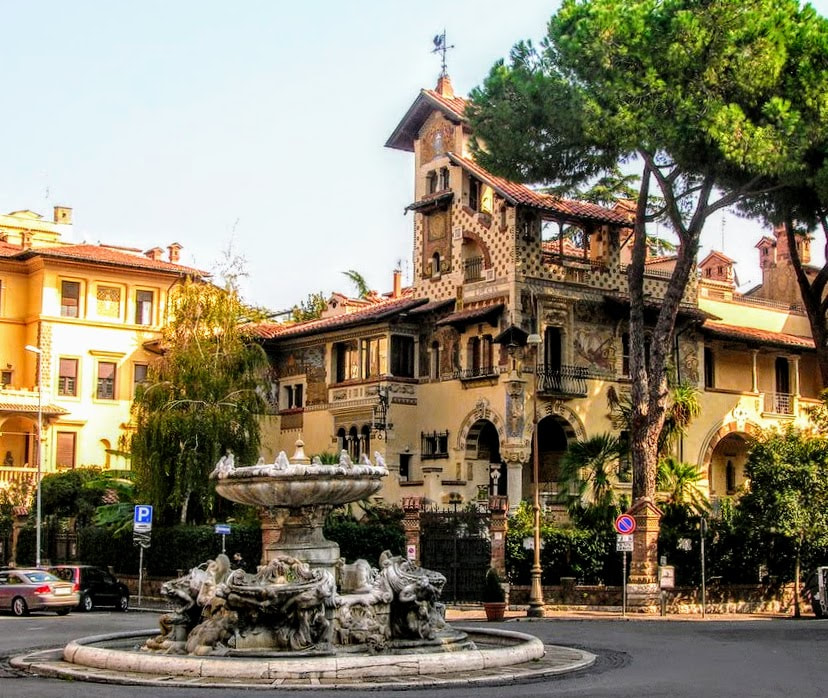 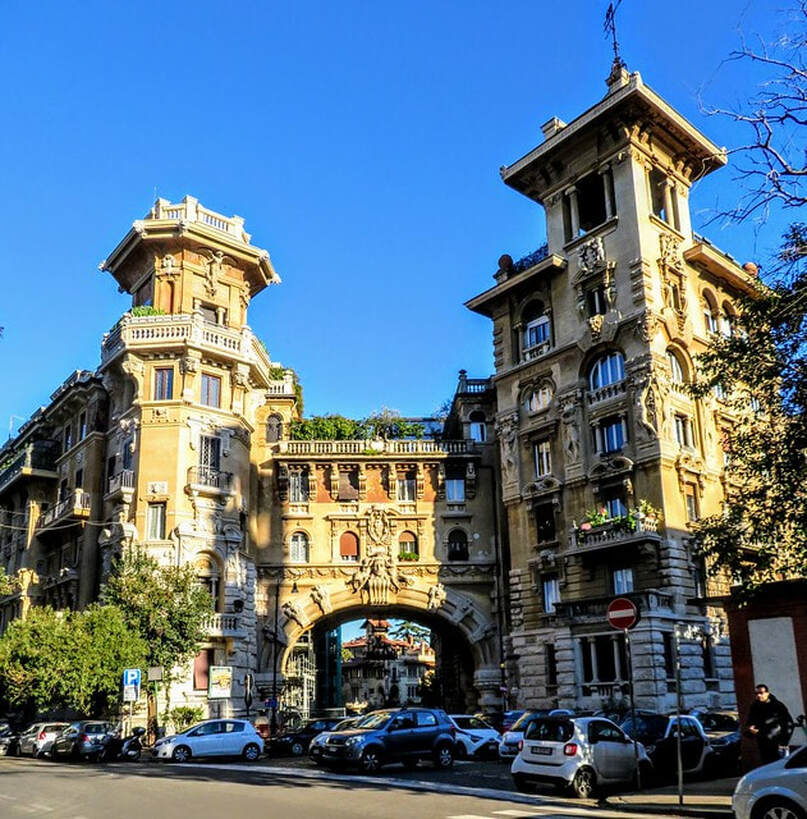 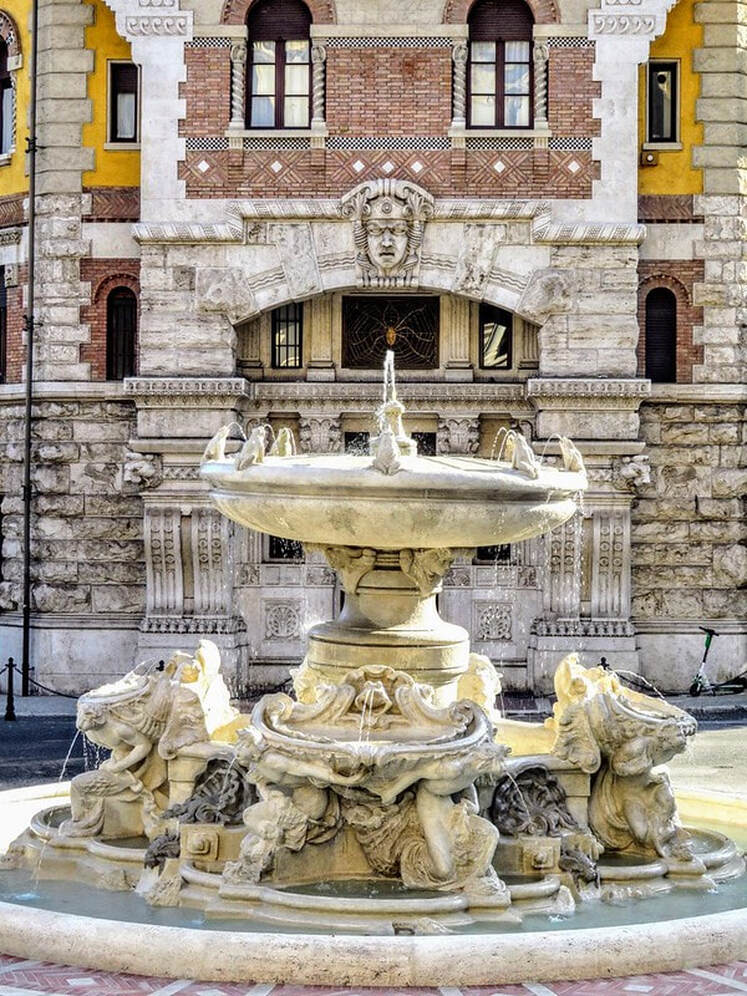 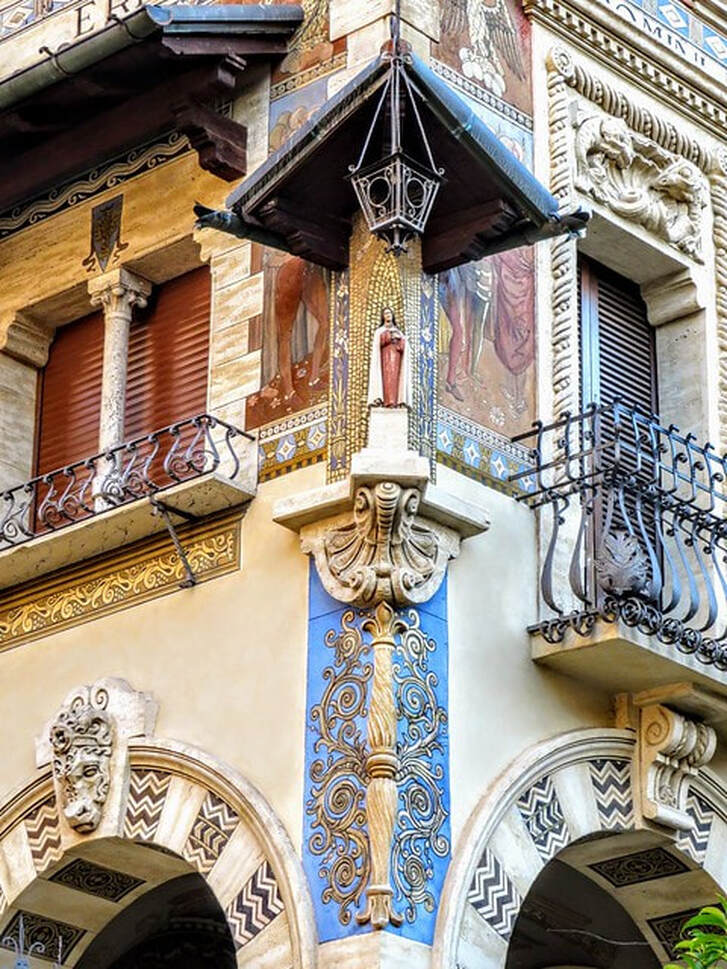 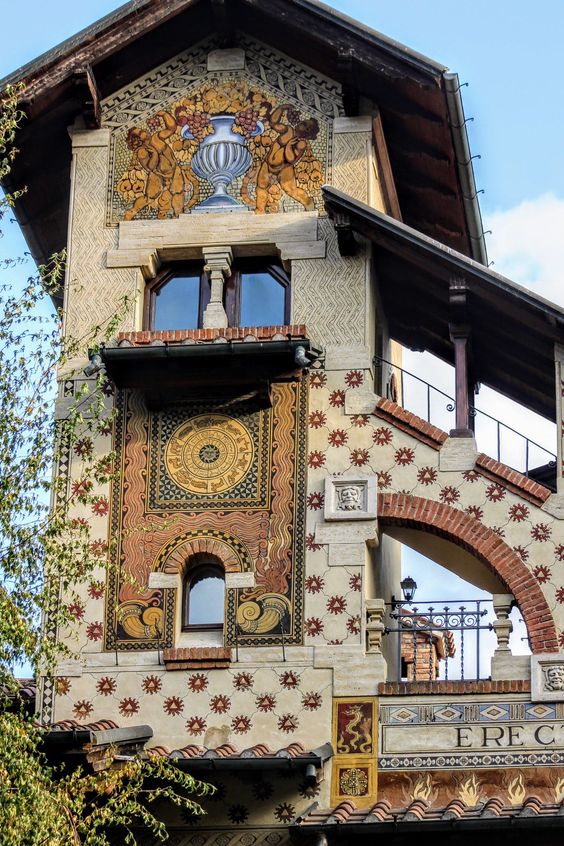 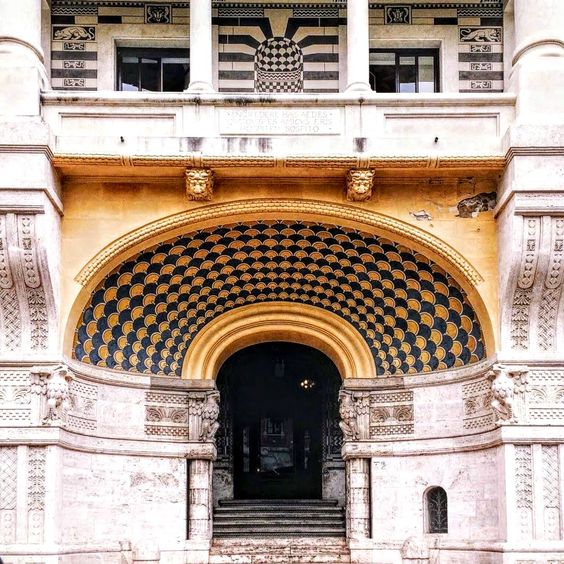 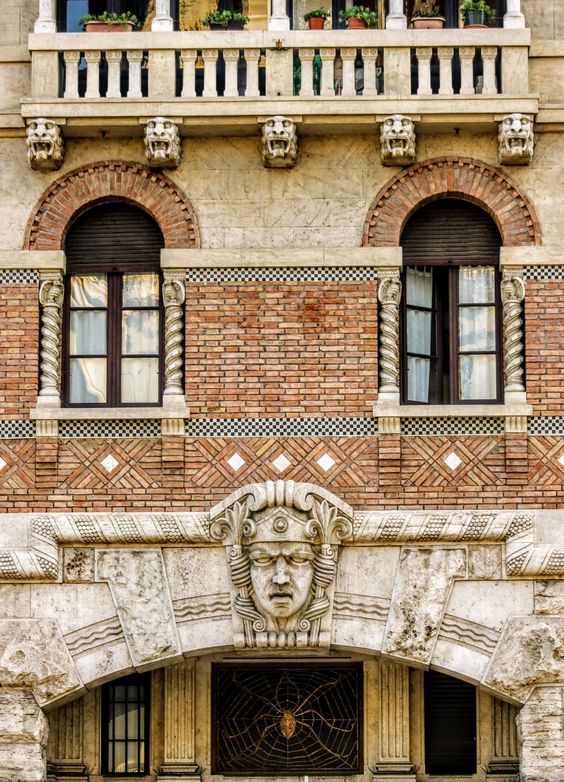 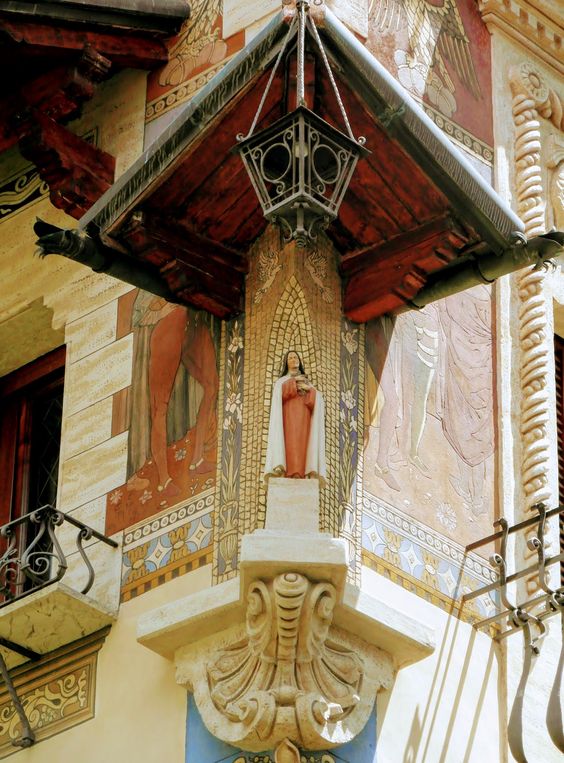 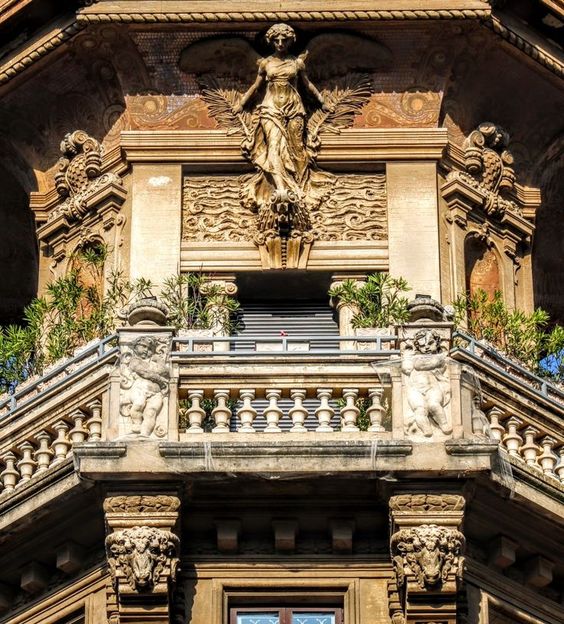 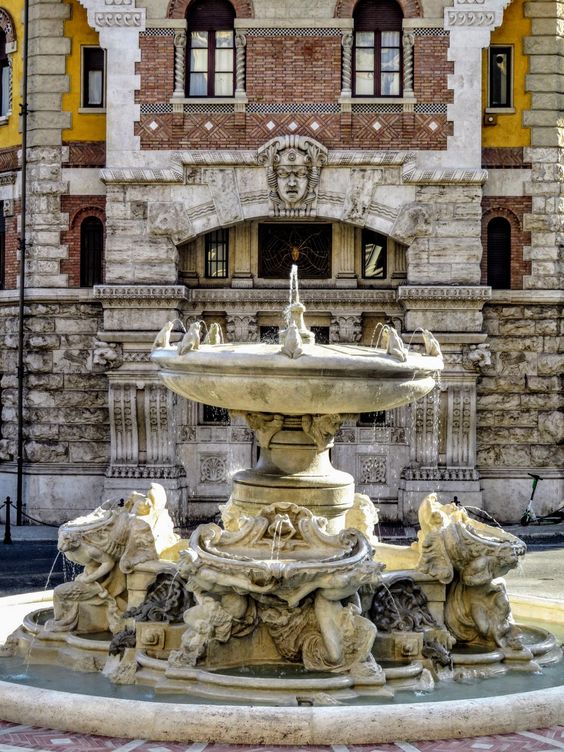