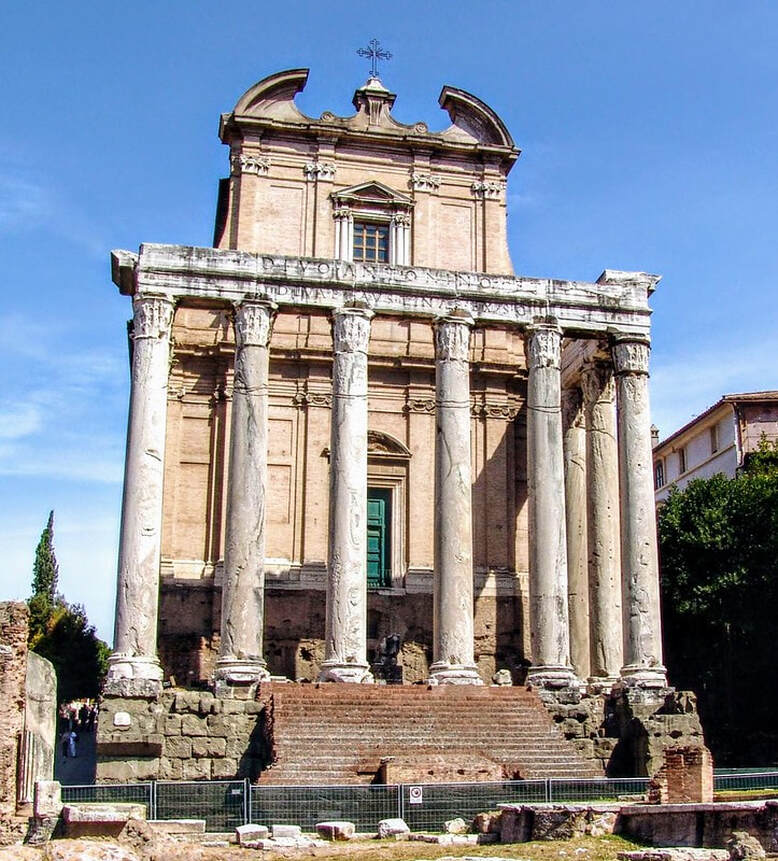 The temple is readily identifiable by its row of Carystian marble columns (12 m high), six across the front with two more at each side. The beautiful sculpted frieze, of griffins and candelabra, is still well preserved at the sides. The inscription reads: DIVO ANTONINO ET / DIVA FAVSTINAE EX S C (To the divine Antoninus and the divine Faustina, by decree of the Senate).

The temple’s good state of preservation is due to the fact that in the 7th or 8th century a church (San Lorenzo in Miranda) was installed in the cella. In 1429/30 Pope Martin V (r. 1417-31) gave the church to the Collegio degli Speziali (College of Chemists and Herbalists), who were responsible for the processing and sale of medicinal herbs. The present-day Collegio Chimico Farmaceutico is the direct descendent of this guild and retains St Lawrence as its patron.
​
In 1601 the Roman architect Orazio Torriani (1578-1657) was commissioned to rebuild San Lorenzo de' Speziali in Miranda (its full name) and this is the church we see today. ​The painting on the high altar depicts the Martrydom of St Lawrence (1646) and is the work of Pietro da Cortona (1596-1669).
Gallery 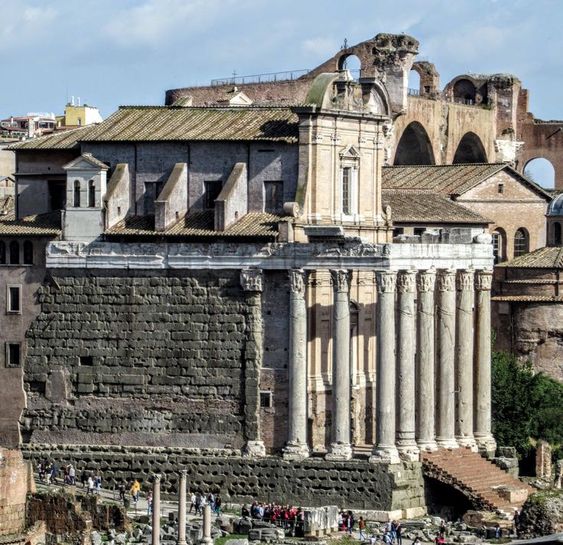 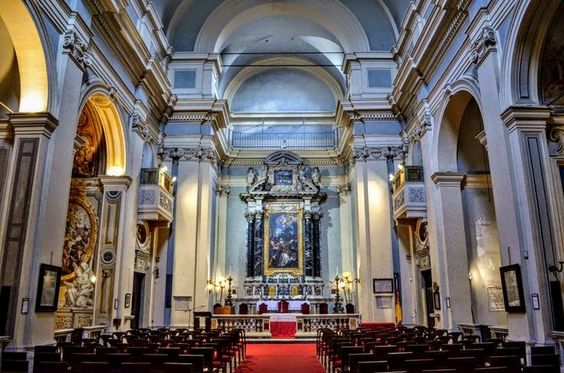