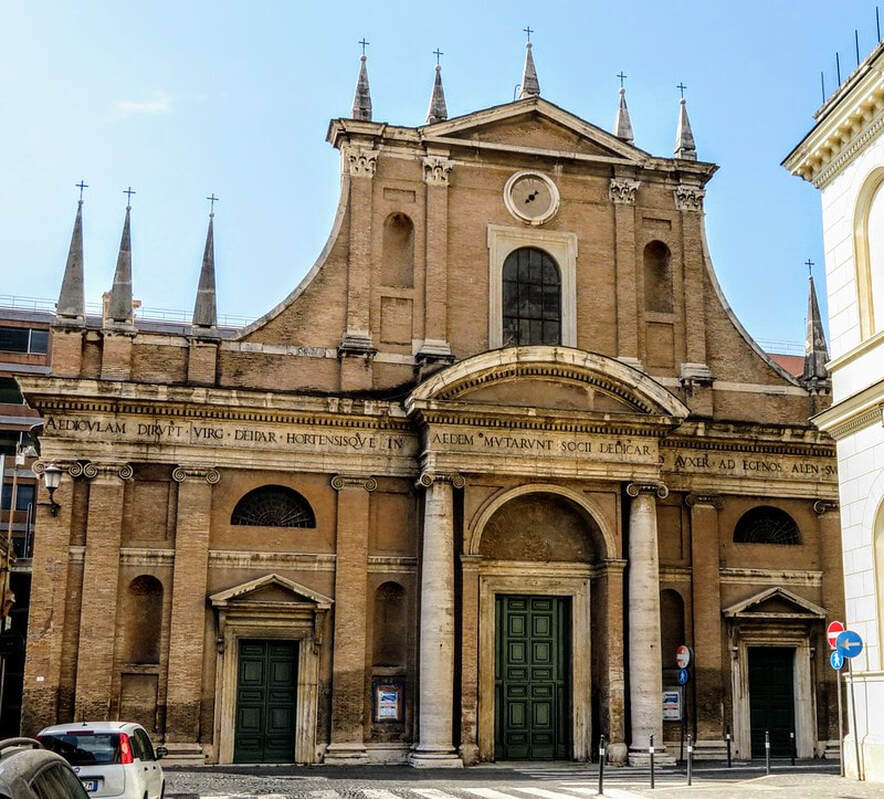 Santa Maria dell' Orto
Santa Maria dell' Orto (St Mary of the Garden) is a 16th century guild church, which has its origins in a chapel erected in the 15th century to celebrate a much-venerated image of the Virgin and Child that had been removed from a garden (orto) wall. The lavish stucco and gilded decoration of the interior dates back to the 18th century.

The church is still supervised by the Venerabile Archconfraternita di Santa Maria dell' Orto, a confraternity which was set up during the reign of Pope Alexander VI (r. 1492-1503). Given the status of an archconfraternity by Pope Sixtus V (r. 1585-90), it comprised a number of guilds. (A guild in Rome is known as a Università.) The guilds financed the decoration of the church, their names proudly recorded in the dedications, such as: Università de Pizzicaroli fece fare (The Grocers' Guild had this made).

The central fresco in the vault of the nave is the Assumption of the Virgin Mary (1707) by the Sicilian painter Giacinto Calandrucci (1646-1707).

The main fresco in the crossing depicts the Immaculate Conception (1706) and is the work of Giuseppe and Andrea Orazi.

The high altar comprises the original 15th century fresco of the Virgin and Child. 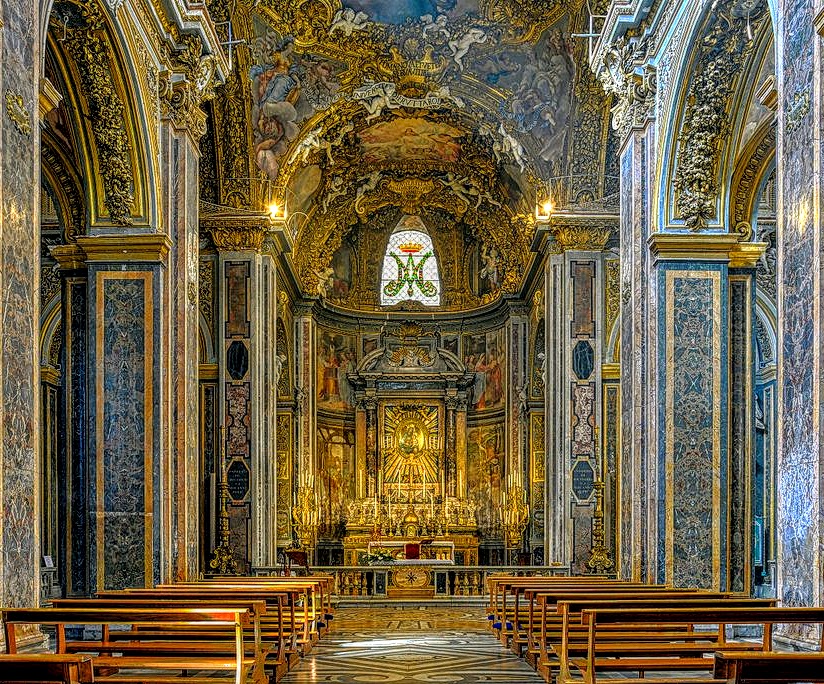 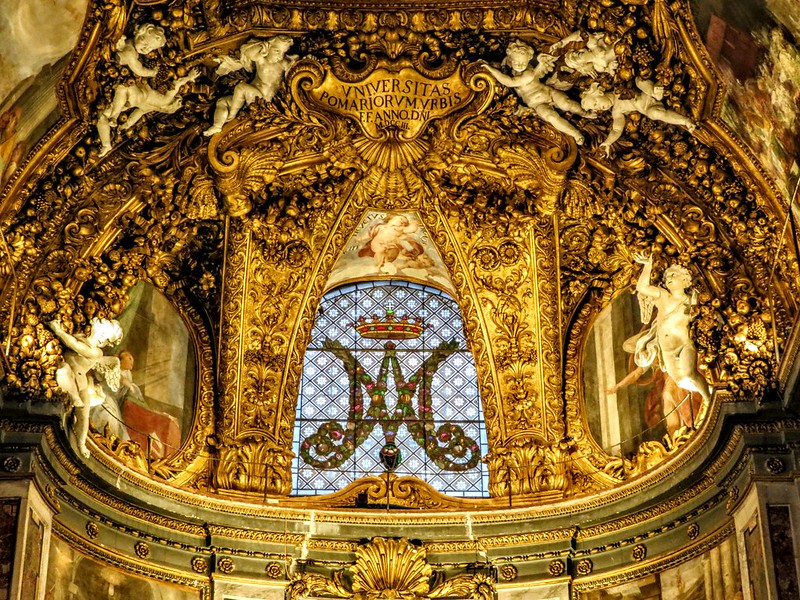 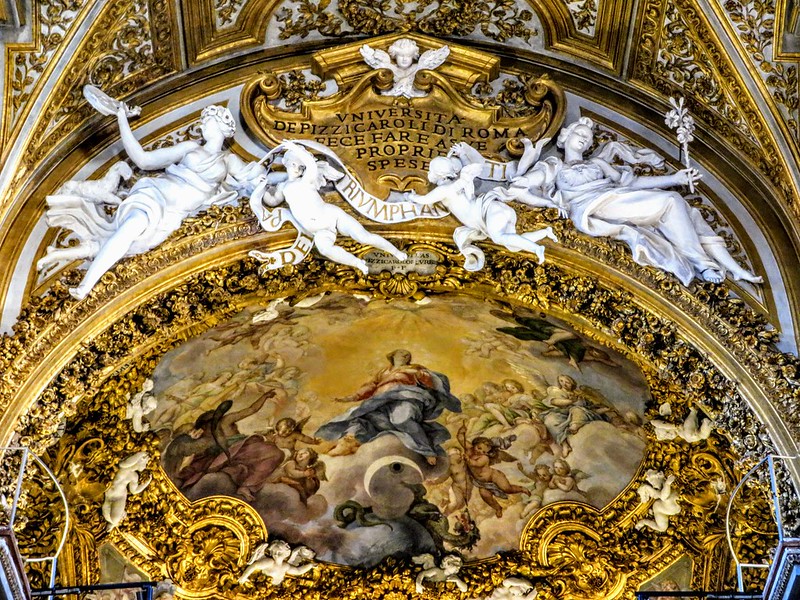 The Immaculate Conception, fresco by Giuseppe and Andrea Orazi 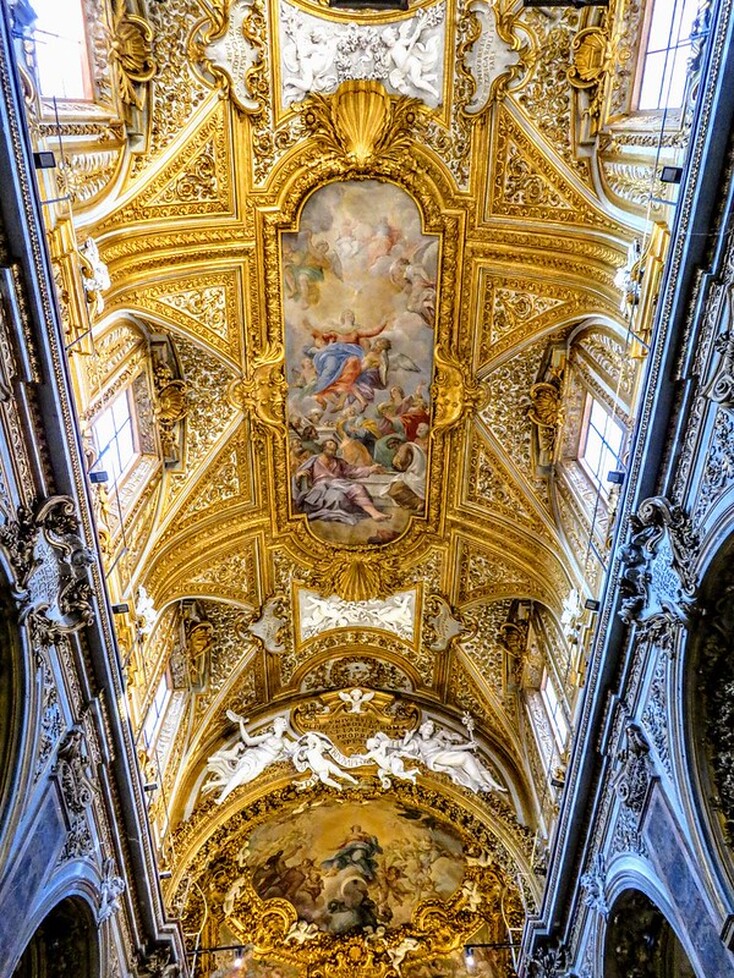 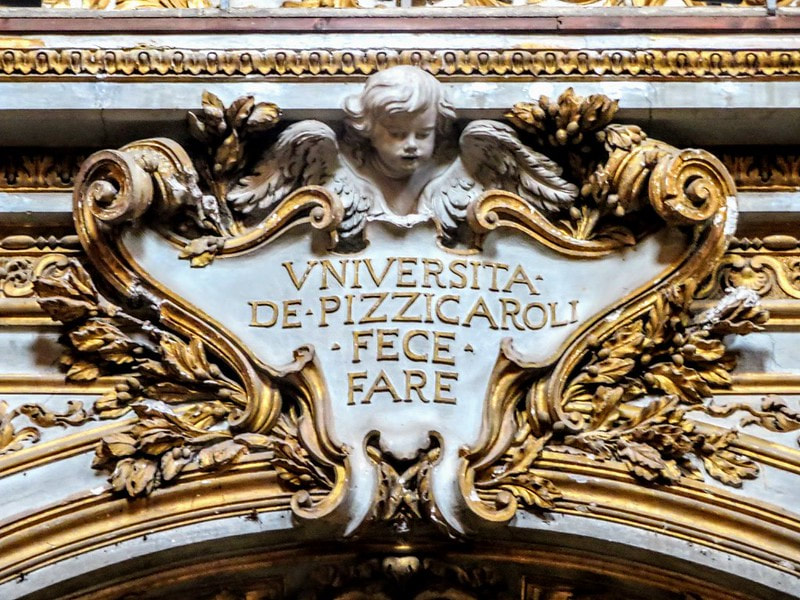