Fountain of the Pantheon 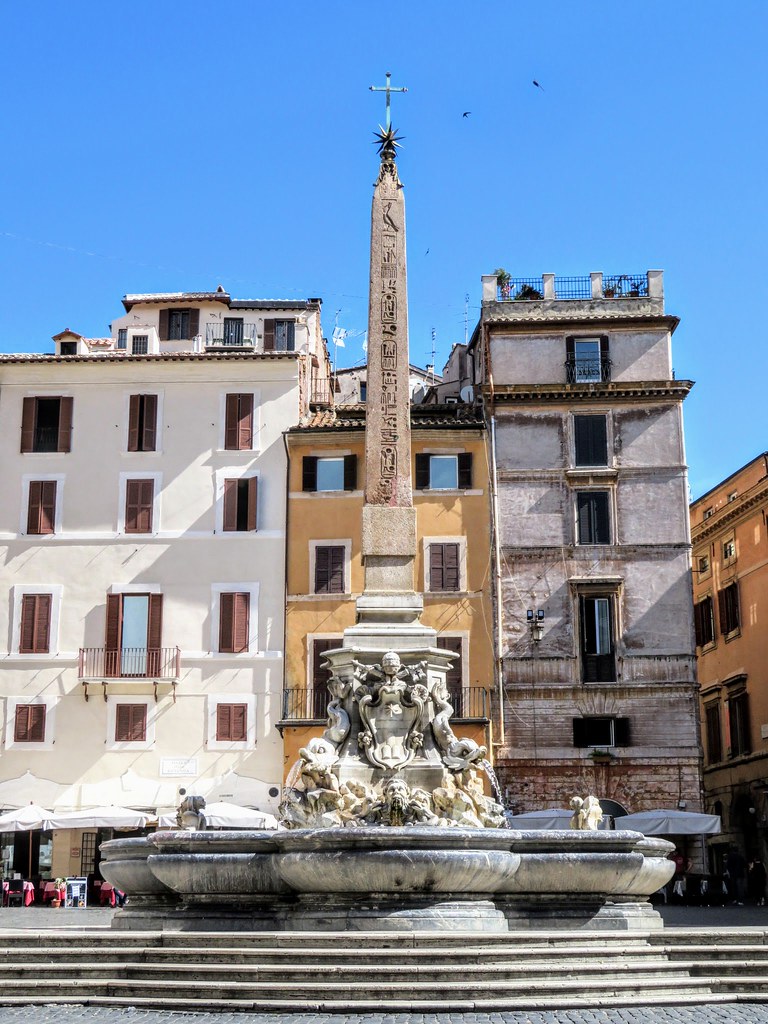 In 1711 Pope Clement XI (r. 1700-21) commissioned the young Roman sculptor and architect Filippo Barigoni (1690-1753) to radically modify the design of the fountain. An ancient Egyptian obelisk, dating back to the reign of Ramesses II (r. 1279-1213 BCE), was set up on a plinth in the centre. The plinth is decorated with four water-spouting dolphins and the pope's coat of arms. Barigoni also created a new base, which has a variable number of steps in response to the incline of the piazza.
Gallery 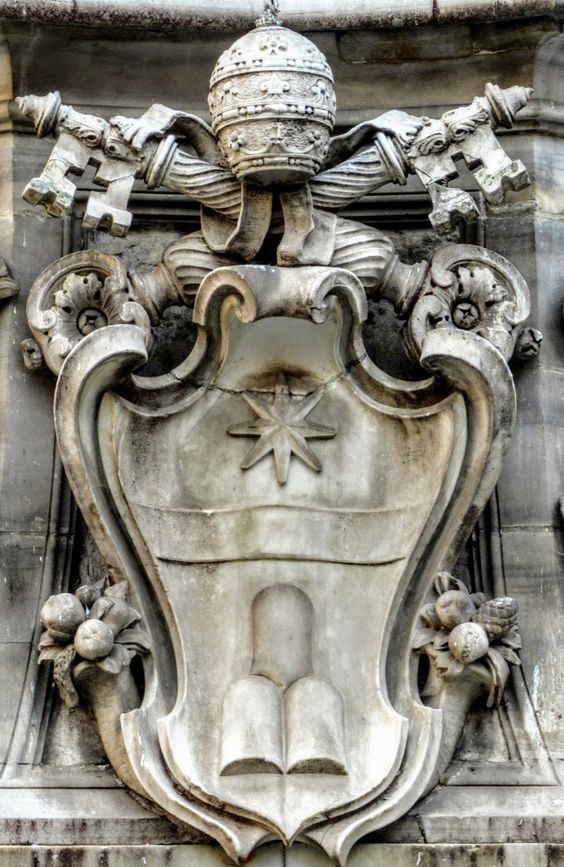 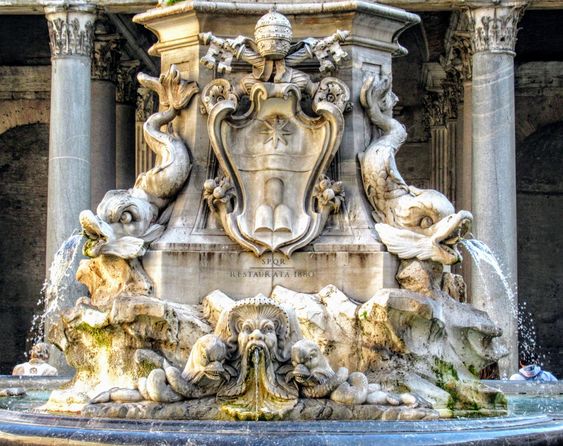 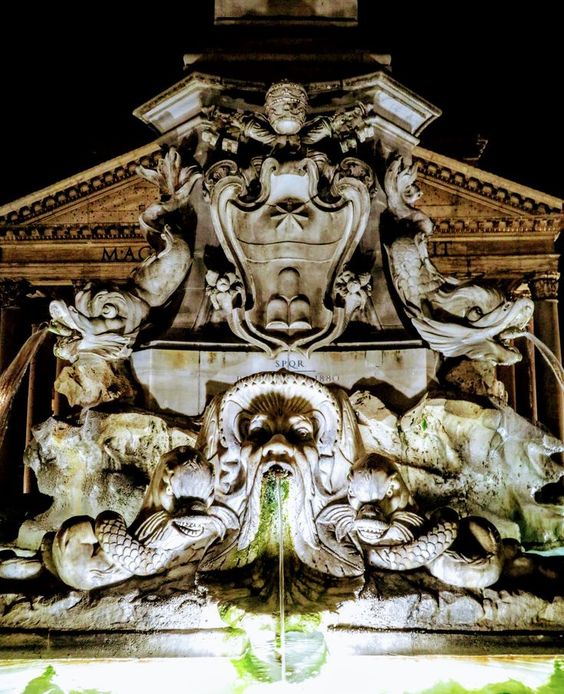 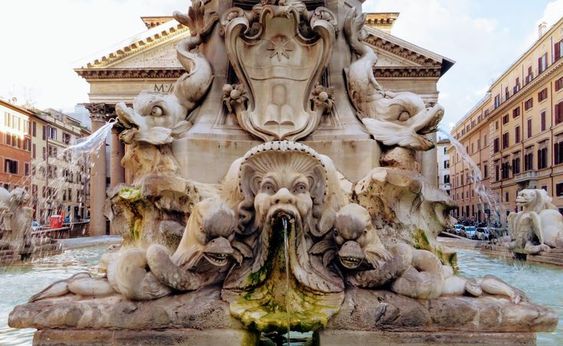