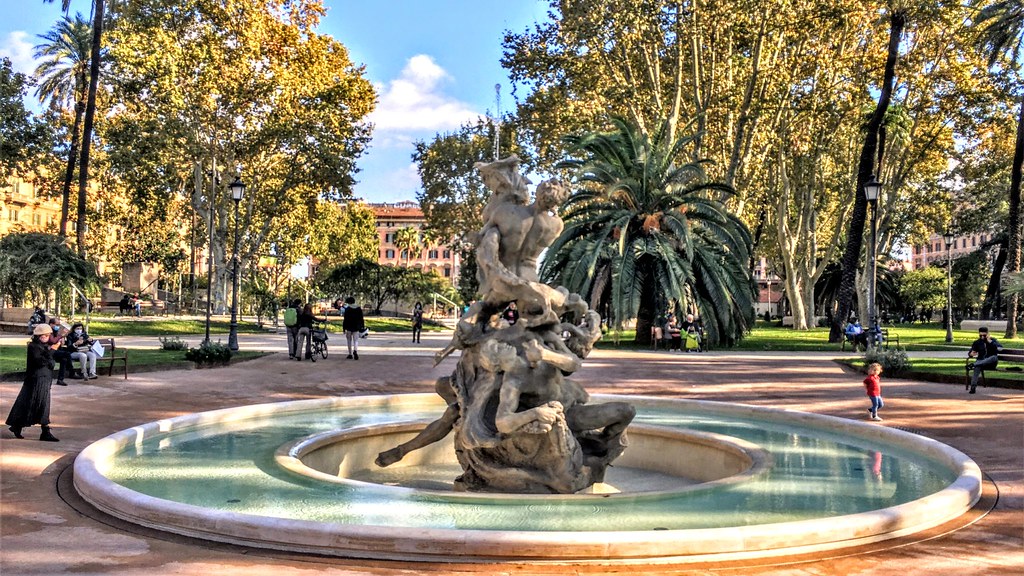 On all sides of the piazza, which is the largest in Rome, are grand buildings with porticoes. In its centre is a large garden, which boasts the remains of a Nymphaeum built by the emperor Alexander Severus (r. 222-35), the so-called Trophies of Marius, and the famous 17th century Porta Alchemica (Alchemical Door), also known as the Porta Magica (Magic Door).