Monument to Countess Matilda of Canossa 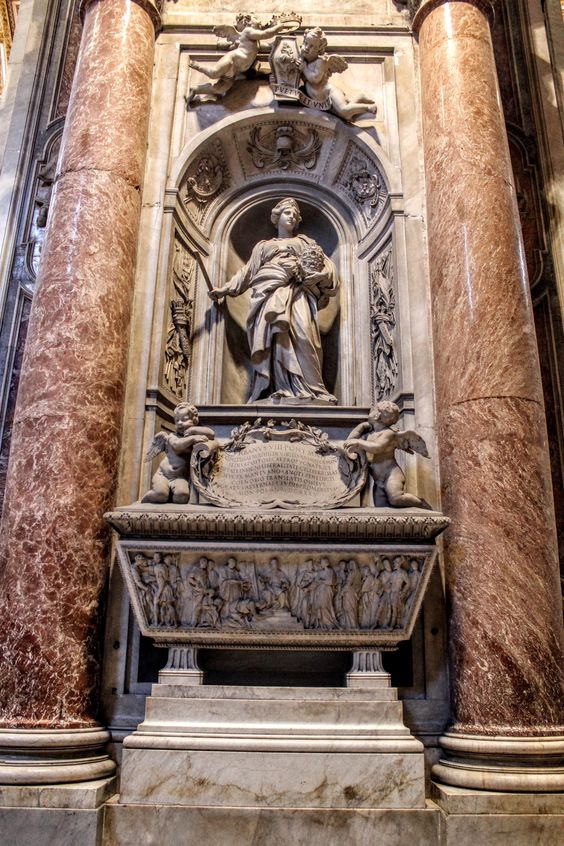 The monument to Countess Matilda of Canossa is the work of Gian Lorenzo Bernini (1598-1680) and members of his workshop.

The relief depicts the Submission of the Holy Roman Emperor Henry IV to Pope Gregory VII at Canossa. We see the emperor kneeling before the pope after having waited three days and nights in the snow to be received. This act of penance was the condition for the removal of his excommunication. The event, which took place on January 28th, 1077, is seen as a defining moment in the relationship between church and state.

Countess Matilda of Canossa (1046-1115), who championed the cause of the papacy, was the first woman to be honoured with a monument in the basilica. She is portrayed wearing a diadem and a breastplate. She holds a baton in one hand, while in the other she clutches the papal tiara and the keys of St Peter.