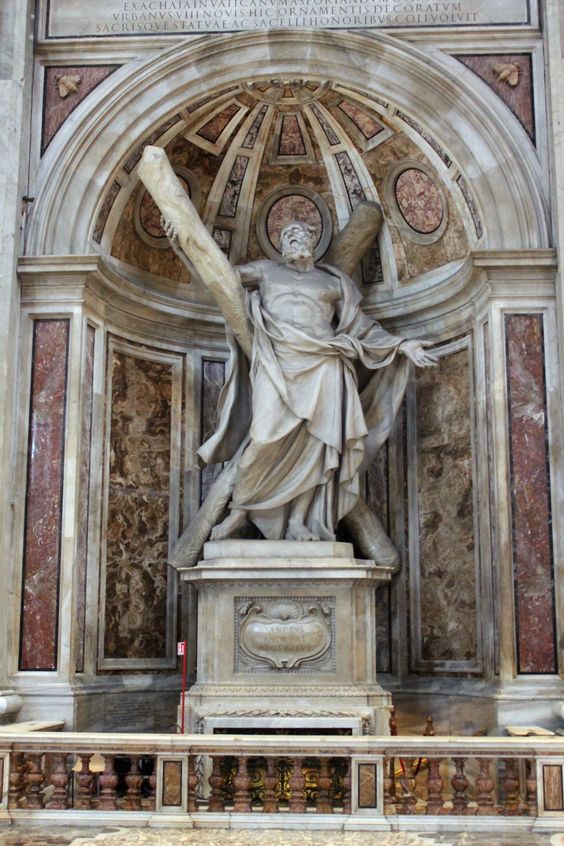 Above the statue of St Andrew is a loggia, one of the four Bernini designed to hold the Basilica's sacred relics. Each loggia is adorned with two ancient columns decorated with vine leaves, which were once part of the old basilica. The back walls bear bas-reliefs illustrating each of the relics. 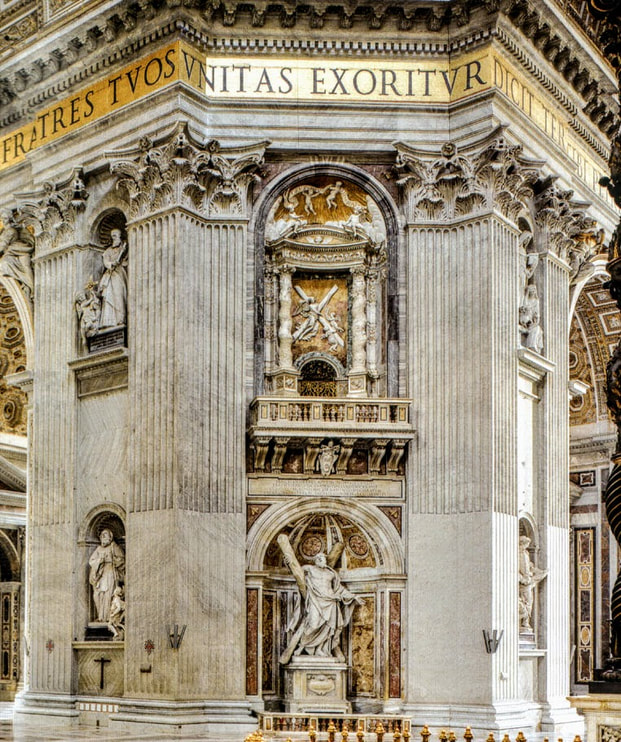