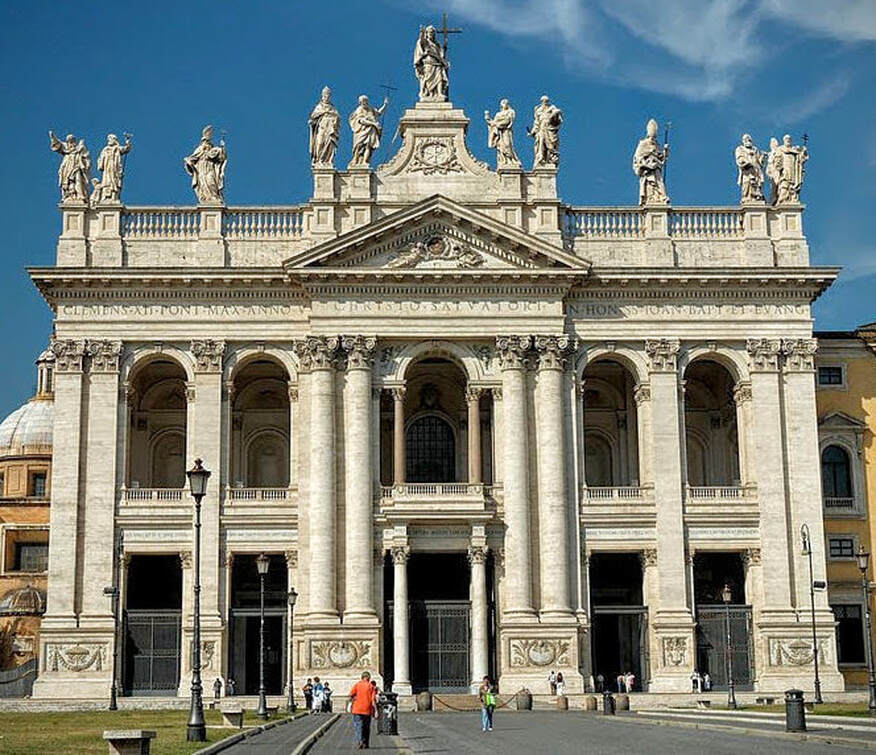 Over the centuries the basilica has been rebuilt and remodelled on several occasions. The last major reconstruction took place during the reign of Pope Innocent X (r. 1644-55), who entrusted the task to Francesco Borromini (1599-1667).

The magnificent west facade was added by the young Florentine architect Alessandro Galilei (1691-1737), at the behest of Pope Clement XII (r. 1730-40), who is interred in the basilica. It was completed three years before Galilei's death at the age of 46. The dedicatory inscription proclaims: CLEMENS · XII · PONT · MAX · ANNO · V · CHRISTO · SALVATORI · IN · HON · SS · IOAN · BAPT · ET · EVANG (Clement the Fifth, Pontifex Maximus, in his fifth year, to Christ the Saviour in honour of Saints John the Baptist and Evangelist). 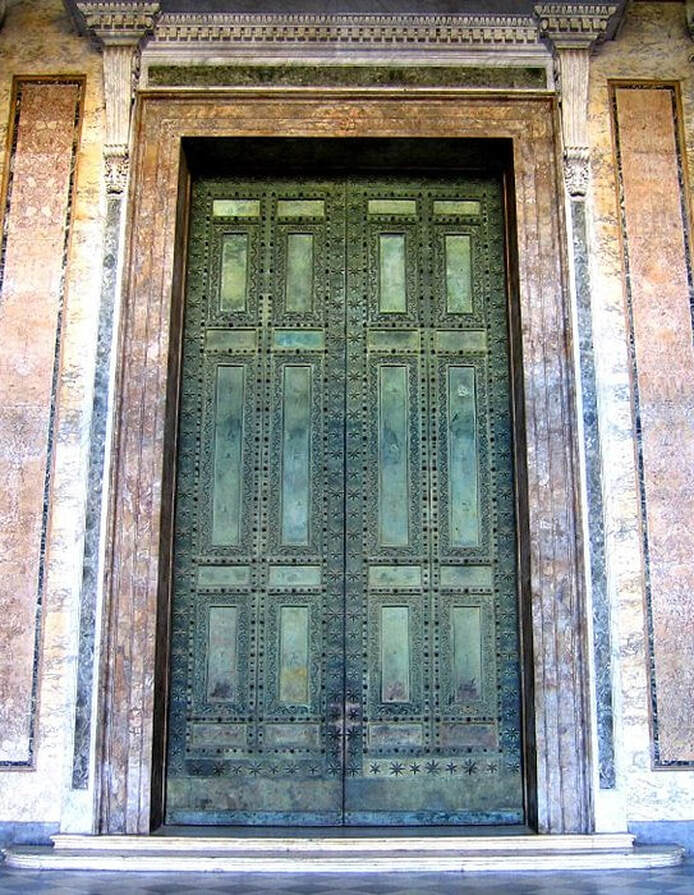 Bronze doors of the Curia
The large entrance portico or narthex has a coffered barrel vault. The coat-of-arms of Pope Clement XII appears in both the ceiling and the floor. There are five doors. The central door was once the entrance to the Curia in the Forum, the seat of the Roman Senate. It was moved here in 1660, on the orders of Pope Alexander VII (r. 1655-67), who added the eight-pointed stars, one of the heraldic emblems of his family, the Chigi. 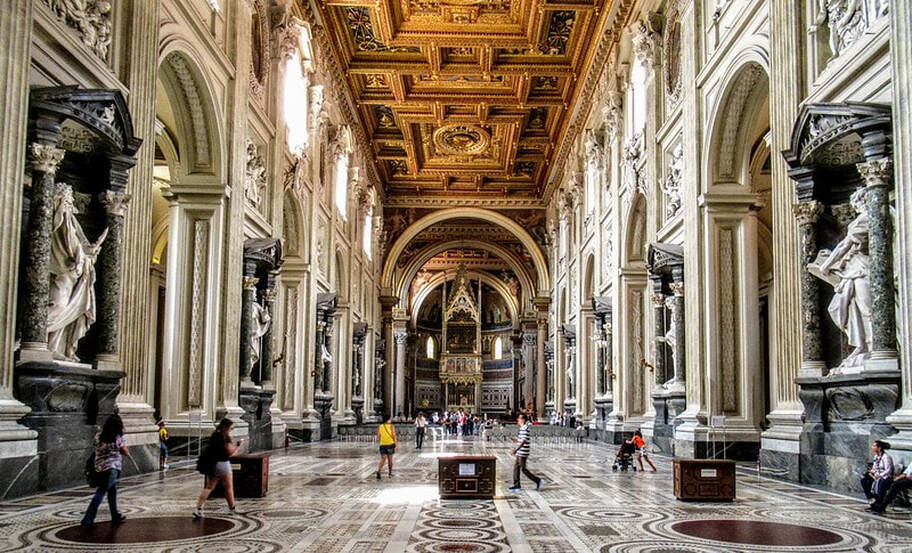 Nave
The colossal statues of the apostles in the nave were added in the 18th century and are the work of a number of sculptors, including Camillo Rusconi and Pierre Legros the Younger. 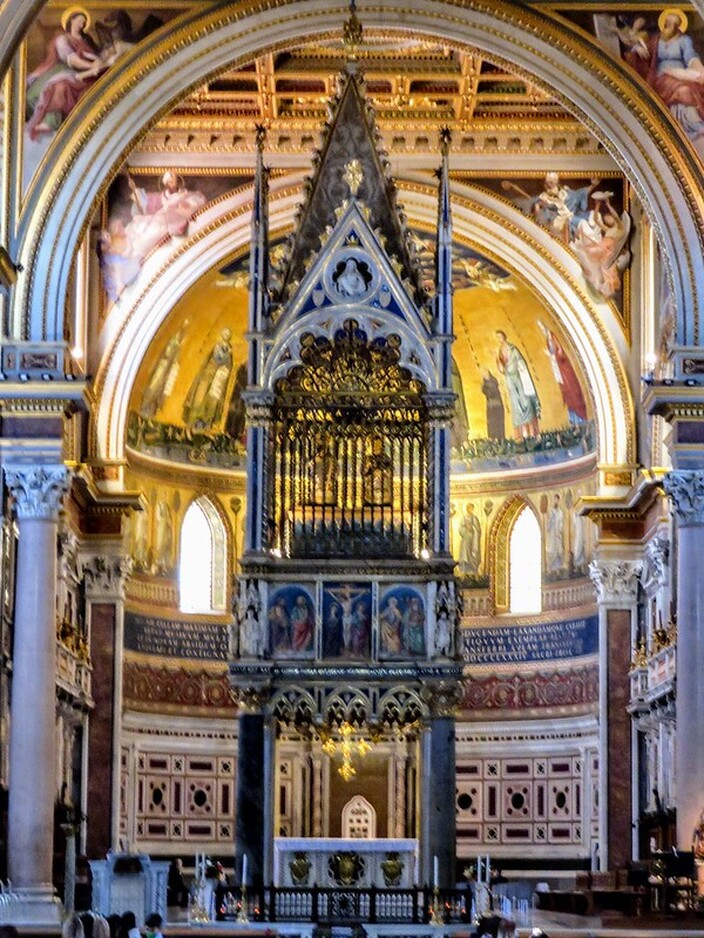 Baldacchino
The Gothic baldacchino (1367) is by Giovanni di Stefano. The two 19th century silver reliquaries, which take the form of half-figures of St Peter and St Paul, are said to contain their skulls. 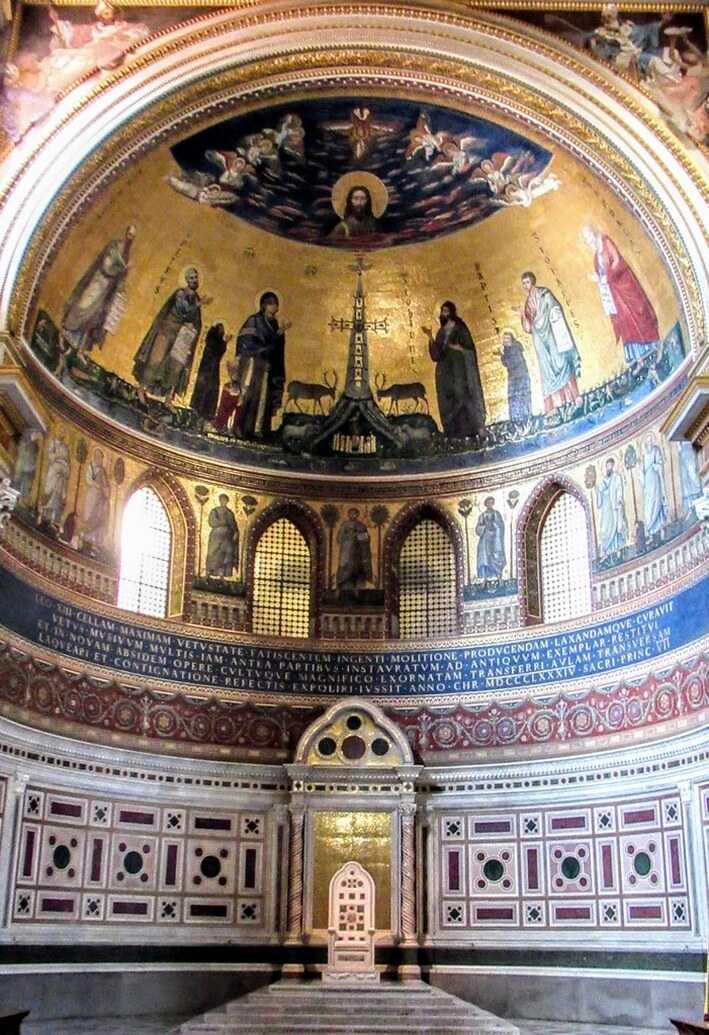 Apse
During the reign of Pope Leo XIII (r. 1878-1903), who is interred in the basilica, the apse was rebuilt, and on a larger scale, by the Roman architect Virginio Vespignani (1808-82). Sadly, the 13th century mosaics, the work of Jacopo Torriti and Jacopo da Camerino, were destroyed and replaced by copies.

Both transepts were built by Giacomo della Porta (1532-1602) during the reign of Pope Clement VIII (r. 1592-1605). The large frescoes above the chapels were completed in 1600 under the direction of Giuseppe Cesari (1568-1640), better known as il Cavaliere d'Arpino, who is buried in the church. The Altar of the Sacrament, in the left transept, was designed by Pietro Paolo Olivieri (1551-99). The monumental gilded bronze columns date back to the 2nd century CE and must have adorned the original basilica.

The funerary monument to Pope Leo XIII, in the left transept, is the work of Giulio Tadolini (1849-1918).

The elegant Cappella Corsini, at the beginning of the left aisle, is home to the funerary monument to Pope Clement XII. The chapel, with its beautiful wrought-iron railings, was designed by Alessandro Galilei.

The church's charming medieval cloister (c. 1222-32), the work of Jacopo and Pietro Vassalletto, should not be missed. ​ 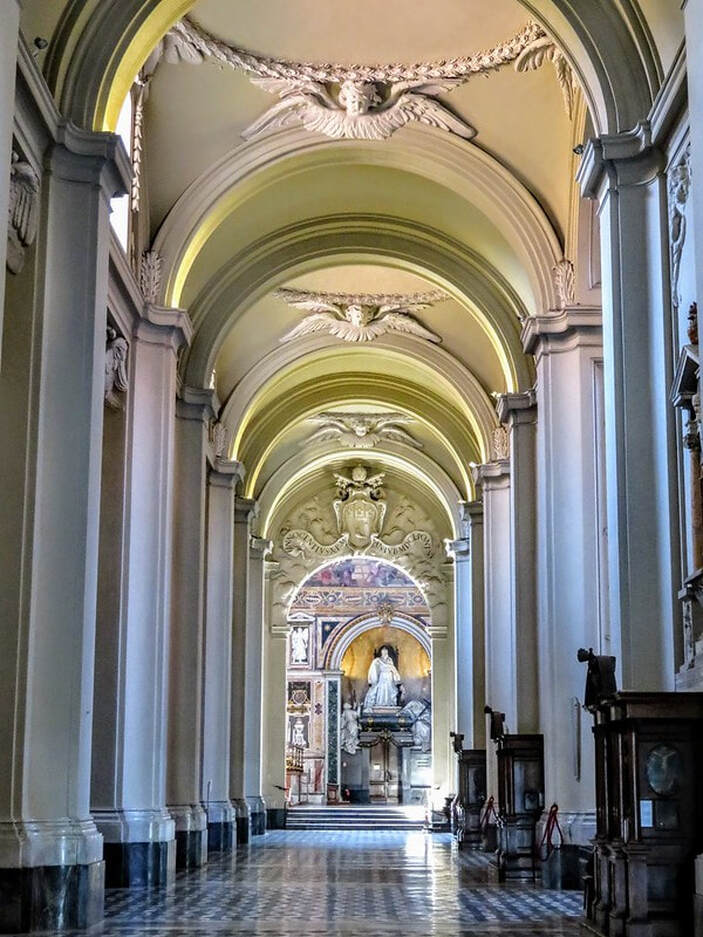 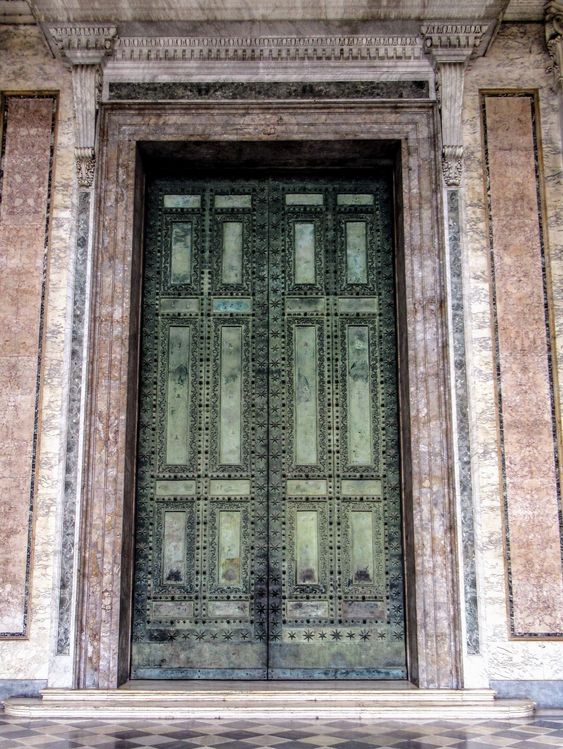 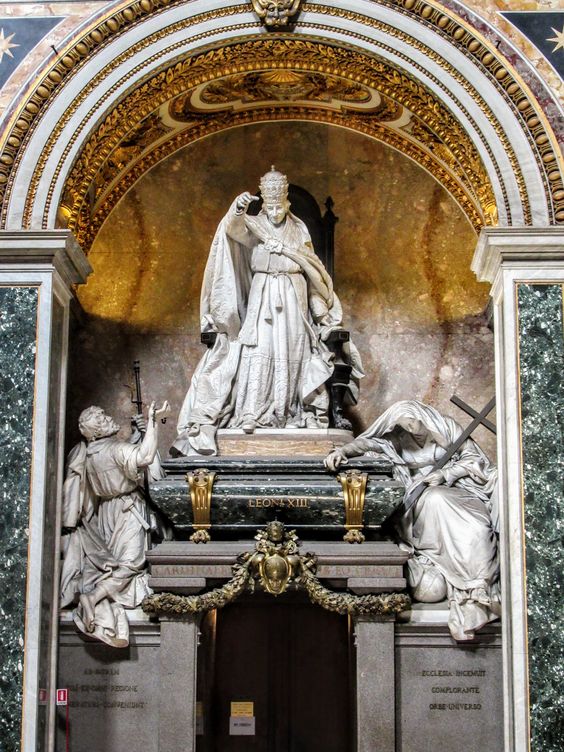 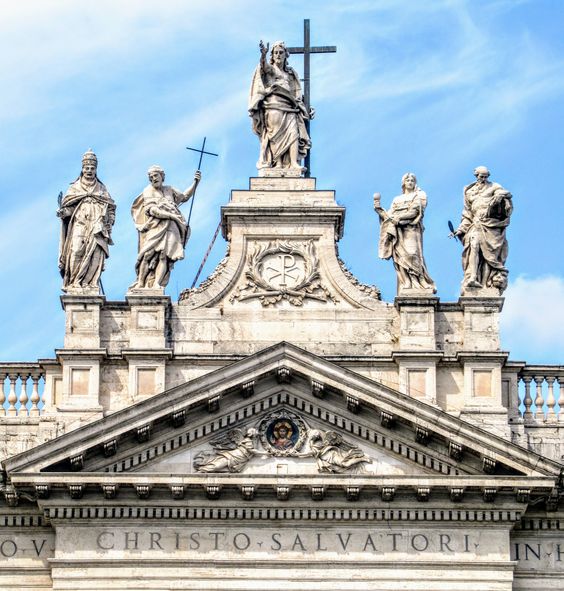 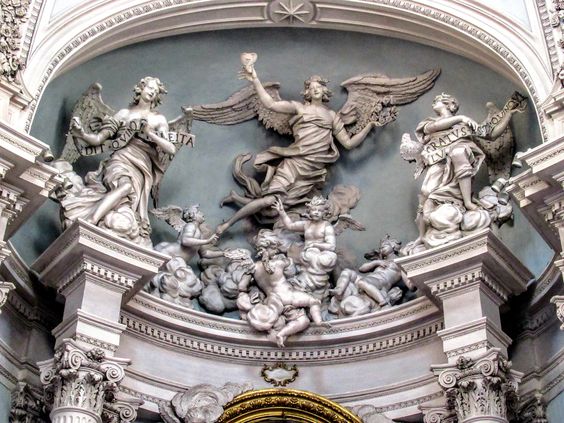 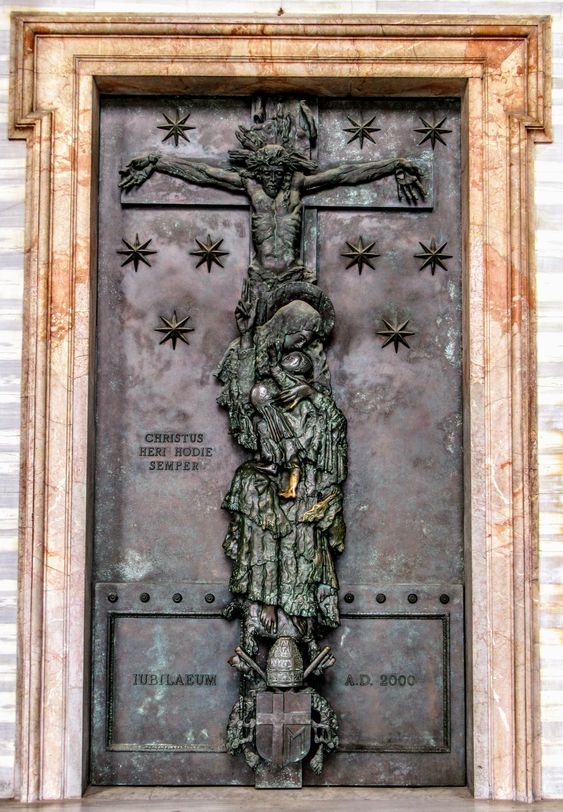 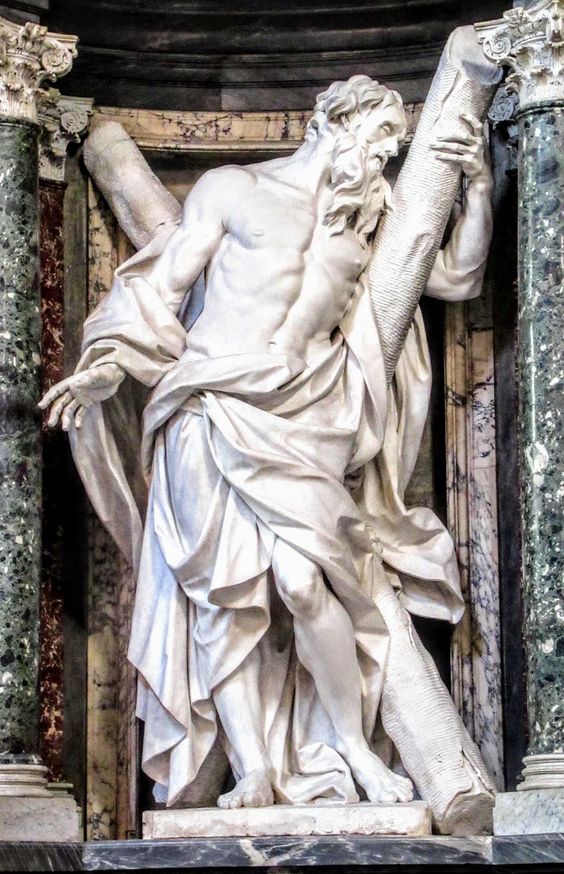 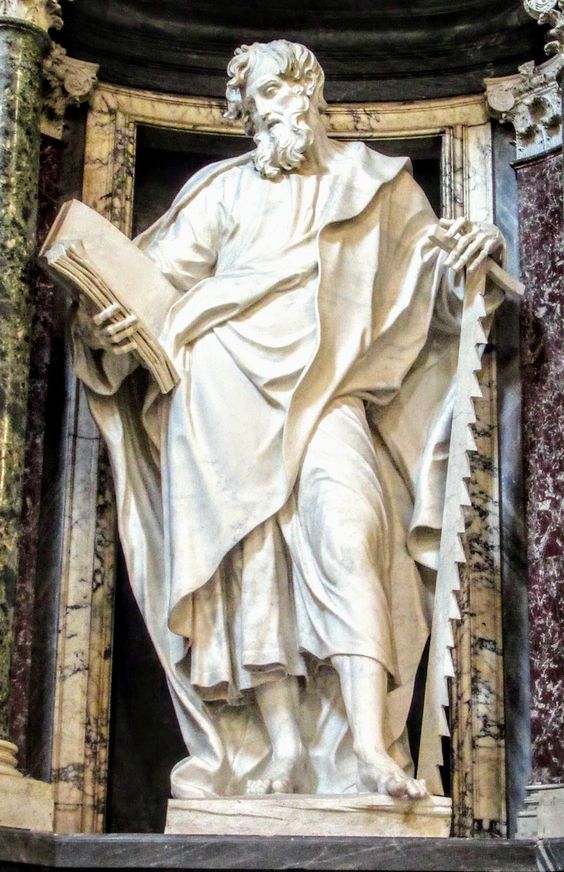 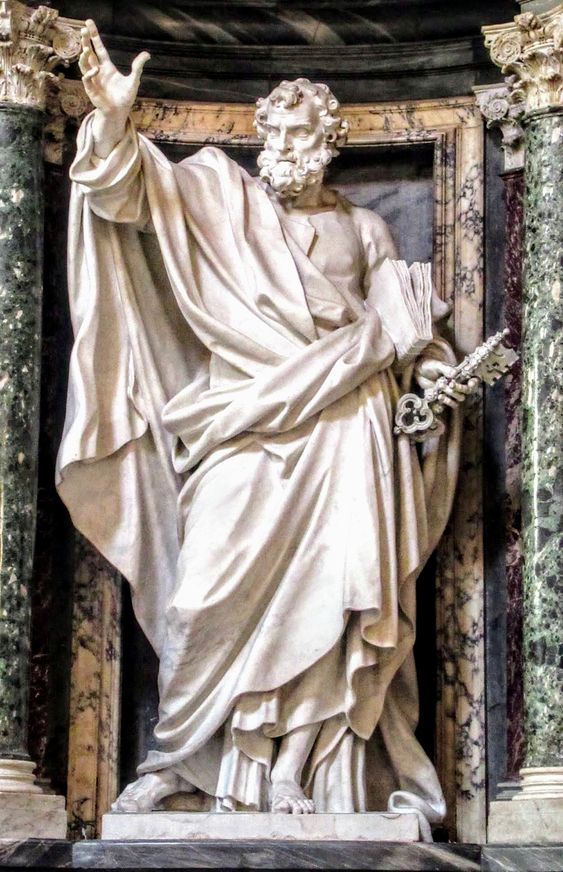 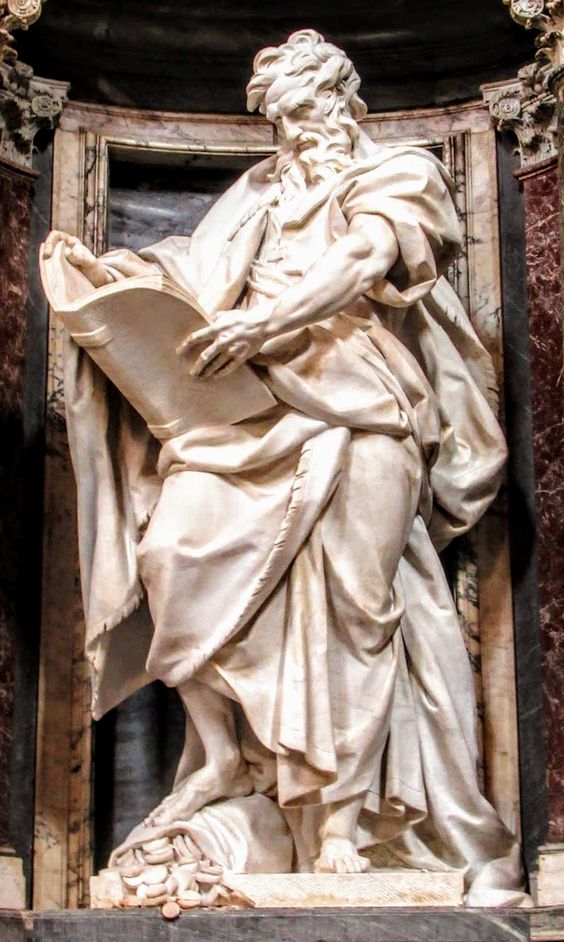 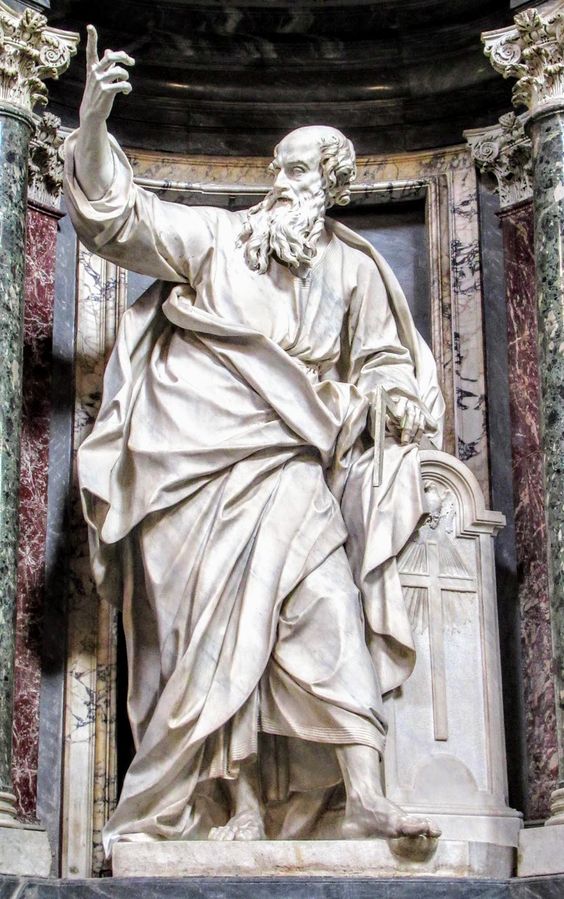 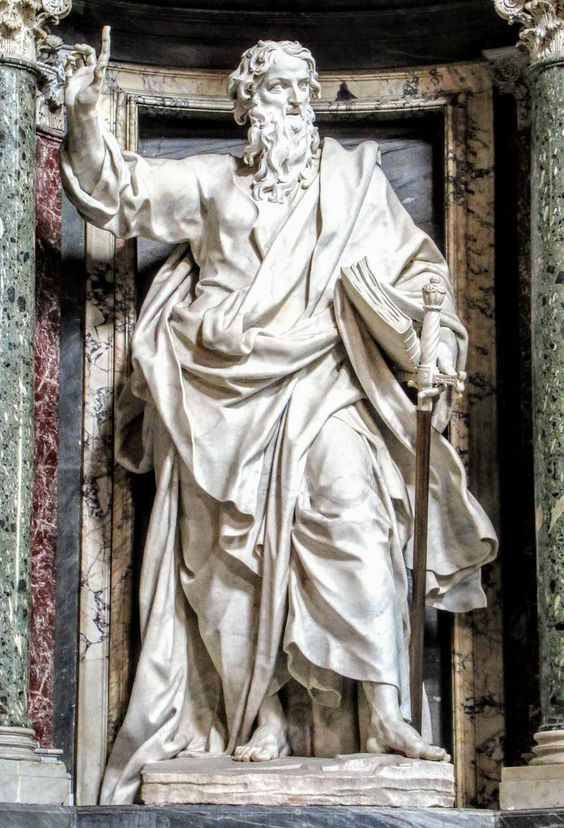 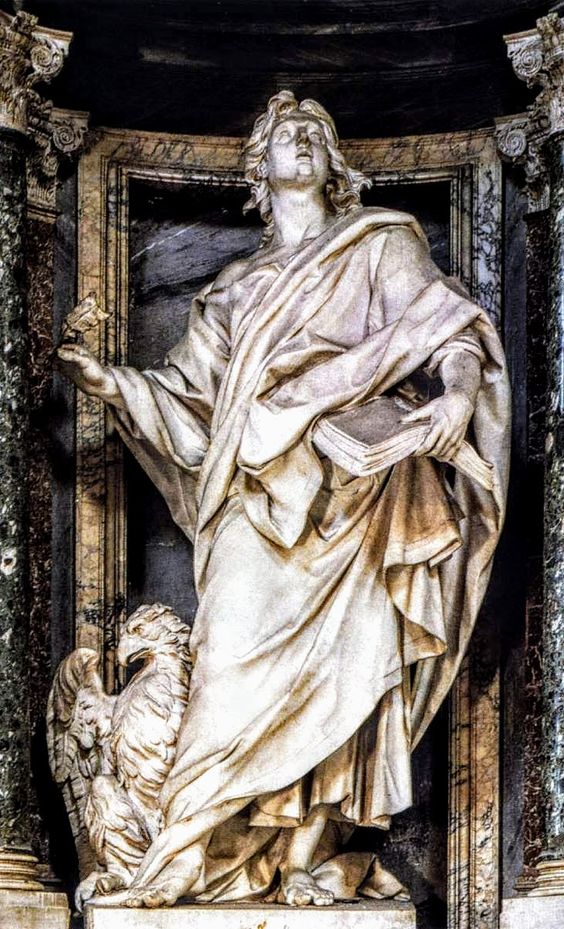 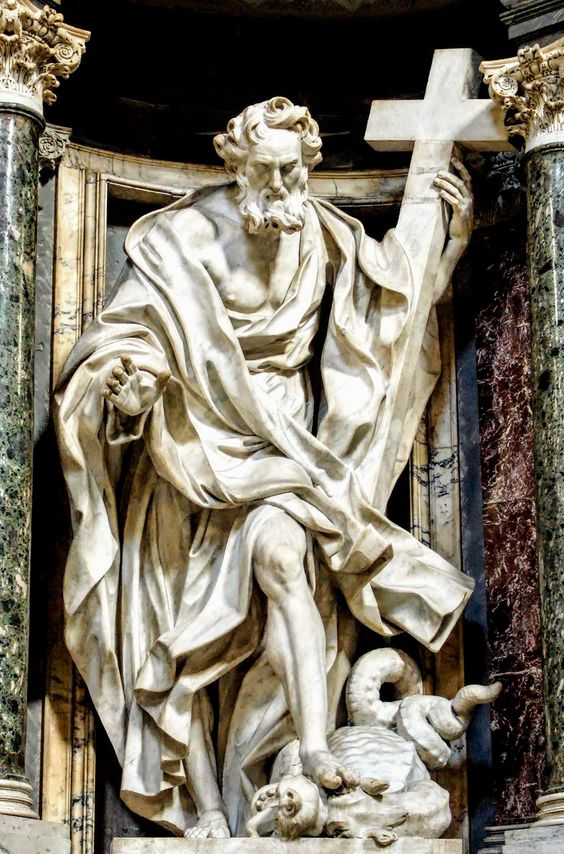 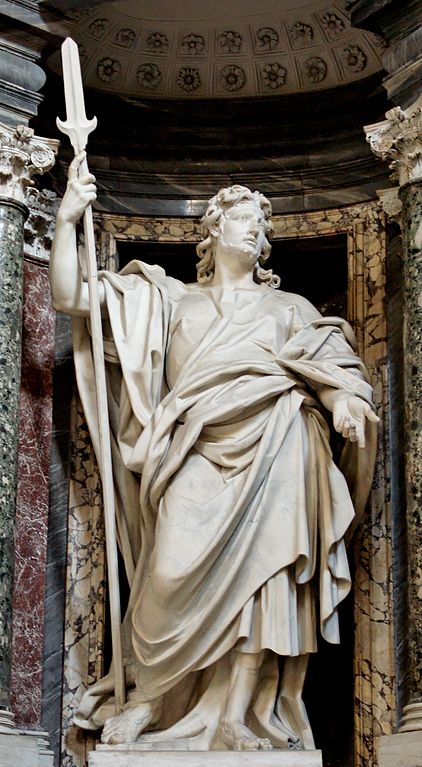 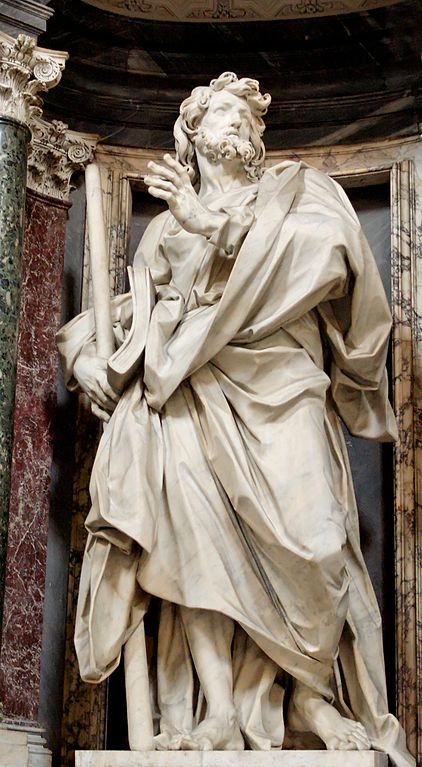 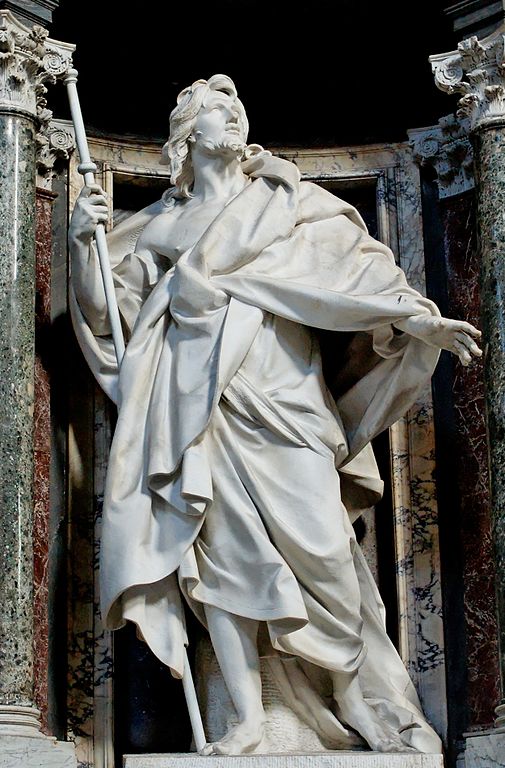 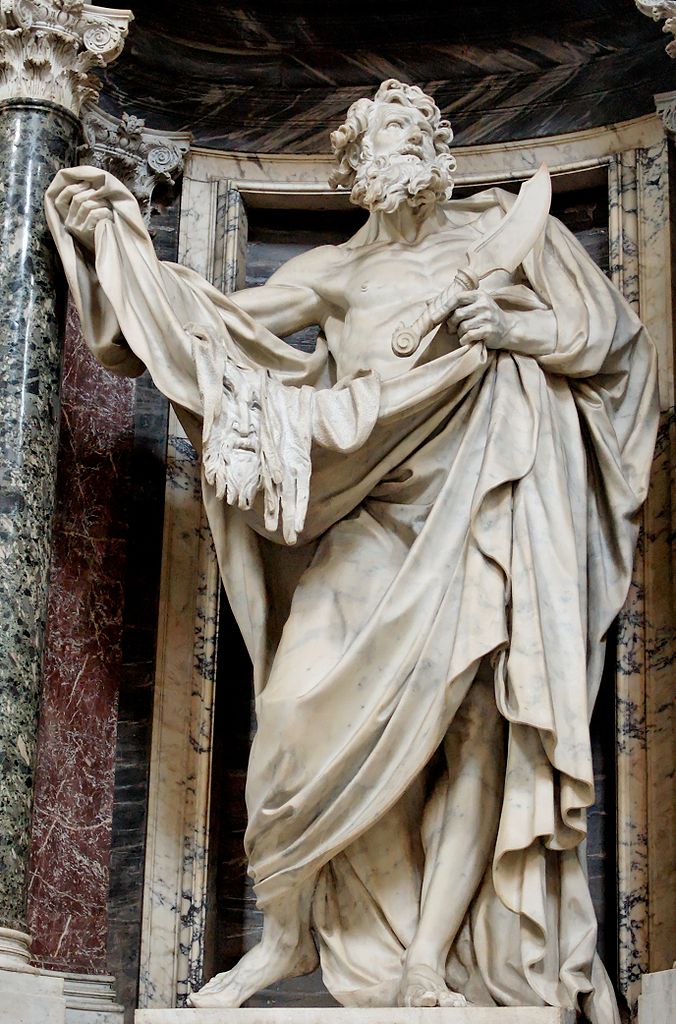 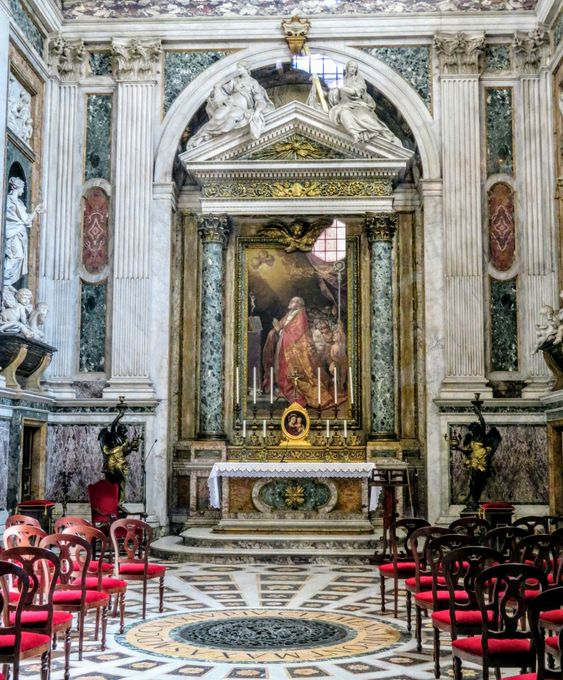 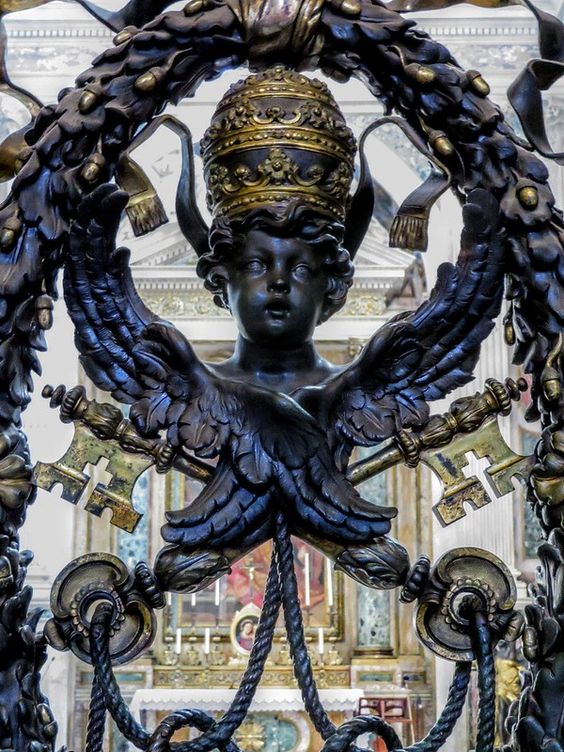 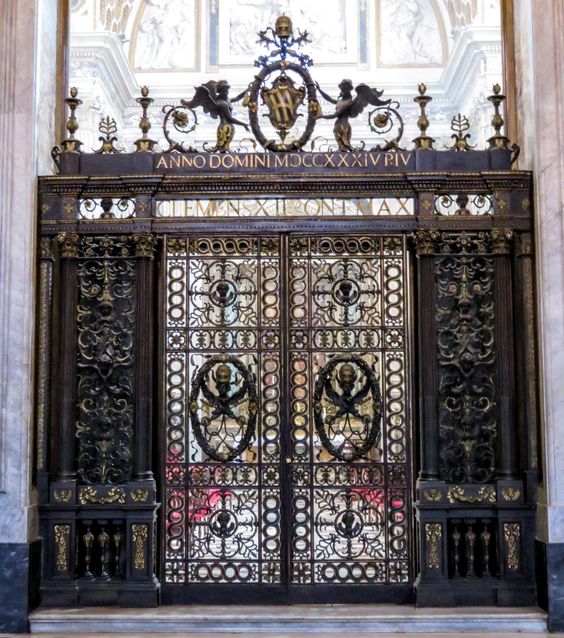 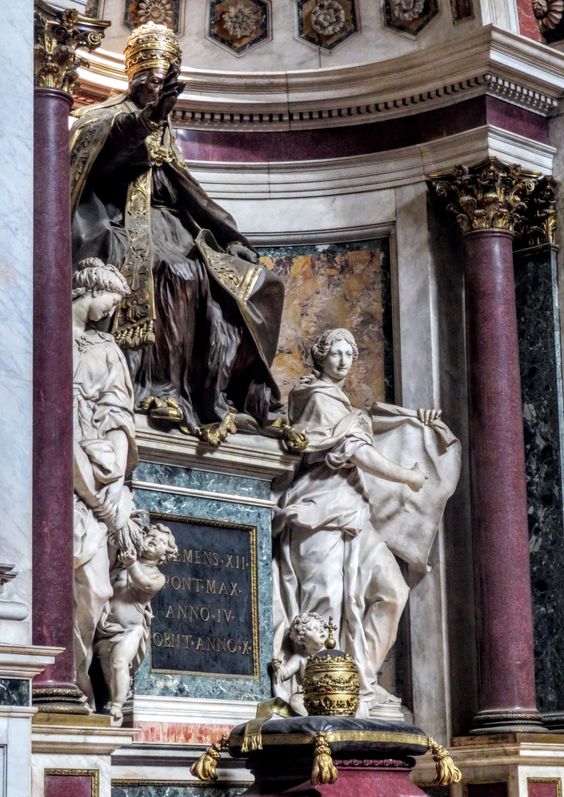 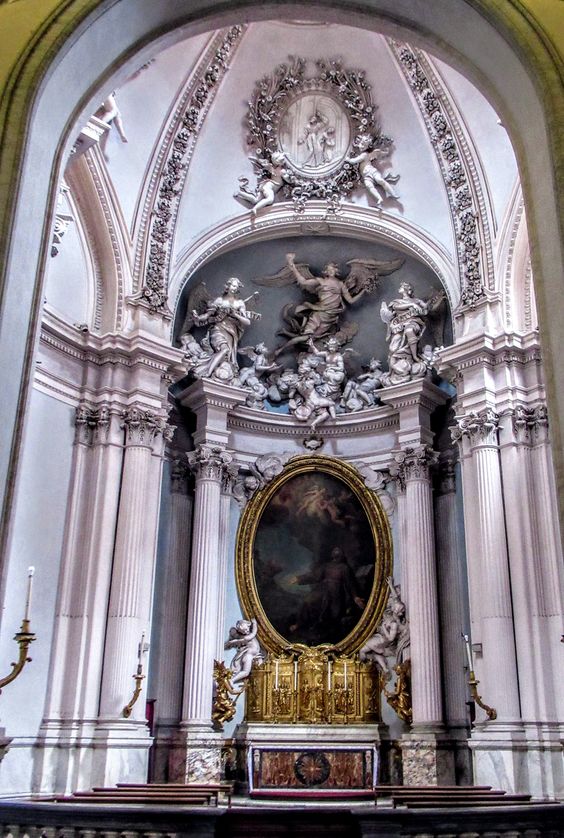 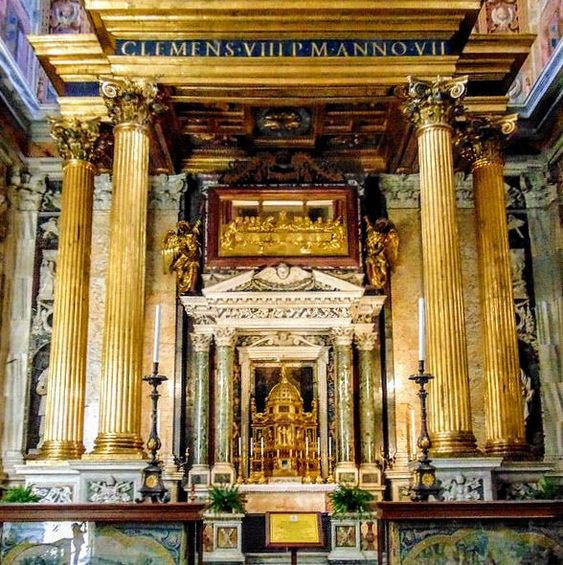 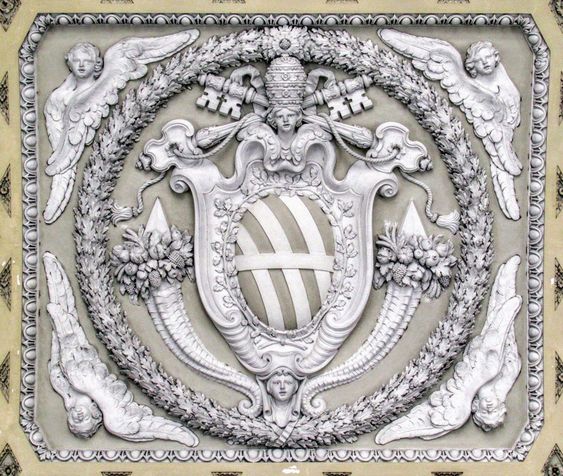