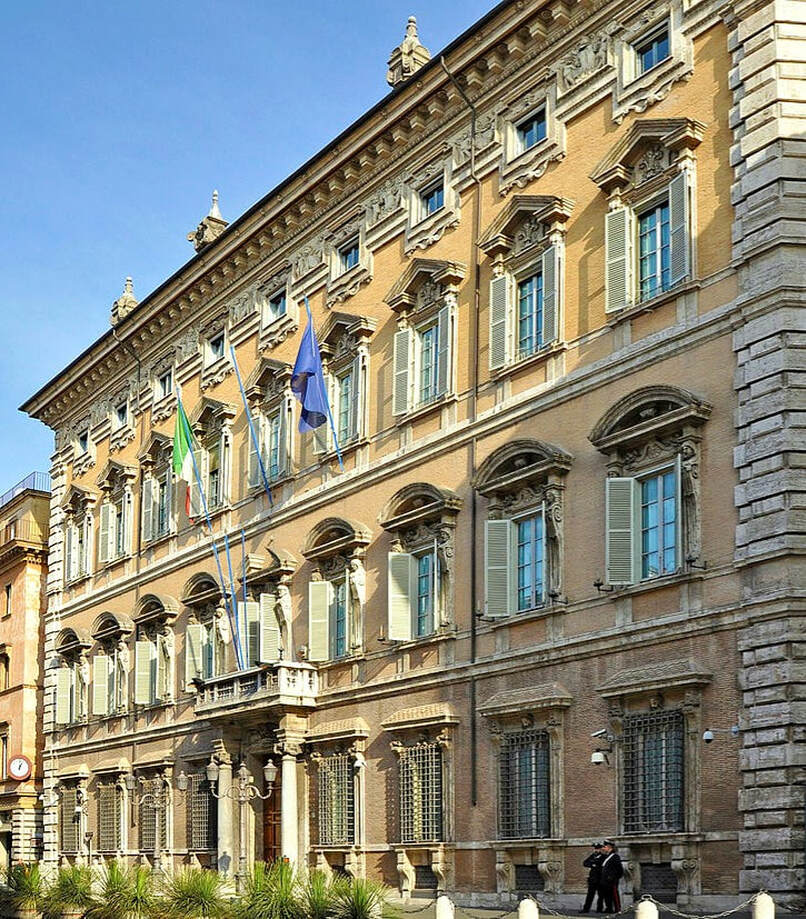 Palazzo Madama
Palazzo Madama was begun at the end of the 15th century and completed in 1505, for the Medici family from Florence. It housed two Medici cardinals and cousins, Giovanni and Giulio, who both later became popes: Leo X (r. 1513-21) and Clement VII (r. 1523-34), respectively.

Since 1871 Palazzo Madama has been the seat of the Senate, the upper house of the Italian parliament.