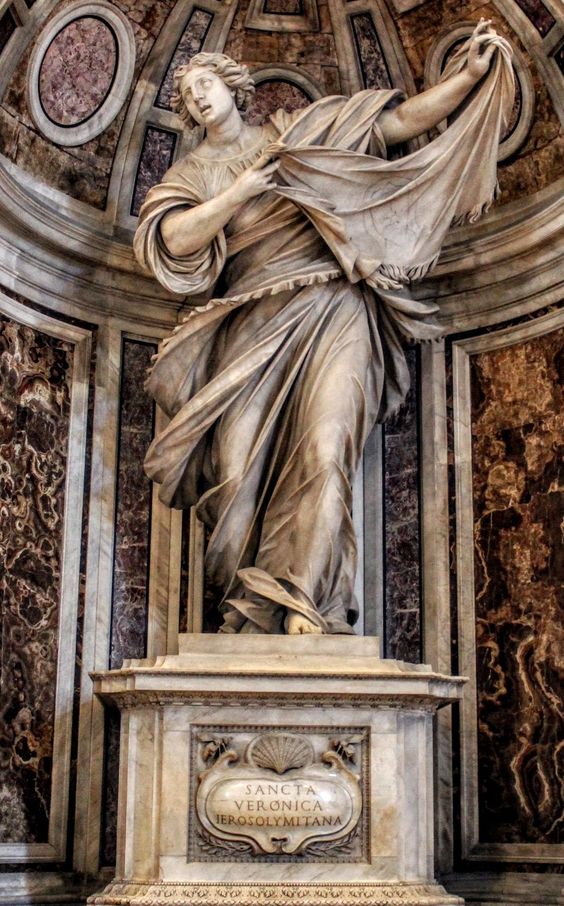 St Veronica, according to the apocryphal gospel of Nicodemus, was the woman who wiped the sweat off the face of Jesus as he made his way to Calvary. An imprint of Christ's face remained on the cloth, which came to be known as Veronica's veil. The relic of the veil was brought to Rome from Jerusalem during the time of the Crusades.

Above the statue of St Veronica is a loggia, one of the four Bernini designed to hold the Basilica's sacred relics. Each loggia is adorned with two ancient columns decorated with vine leaves, which were once part of the old basilica. The back walls bear bas-reliefs illustrating each of the relics. 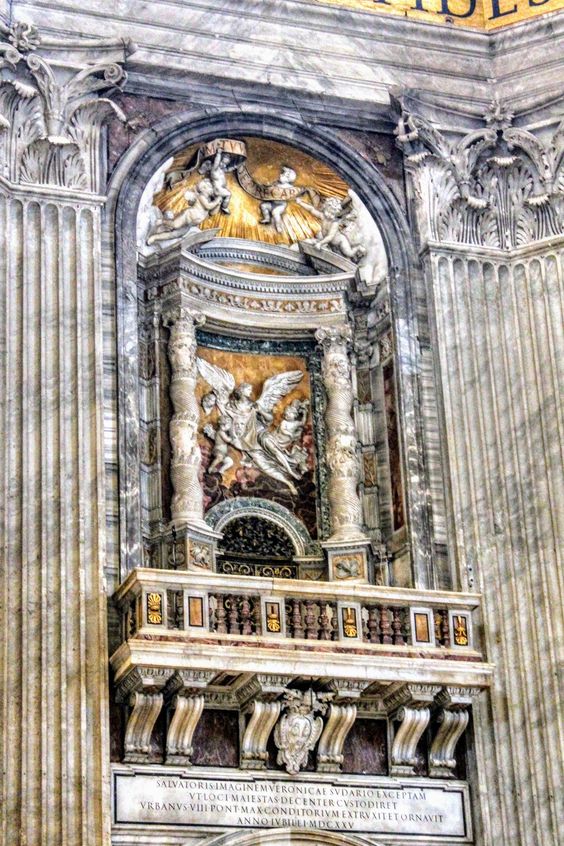 Loggia above the statue of St Veronica