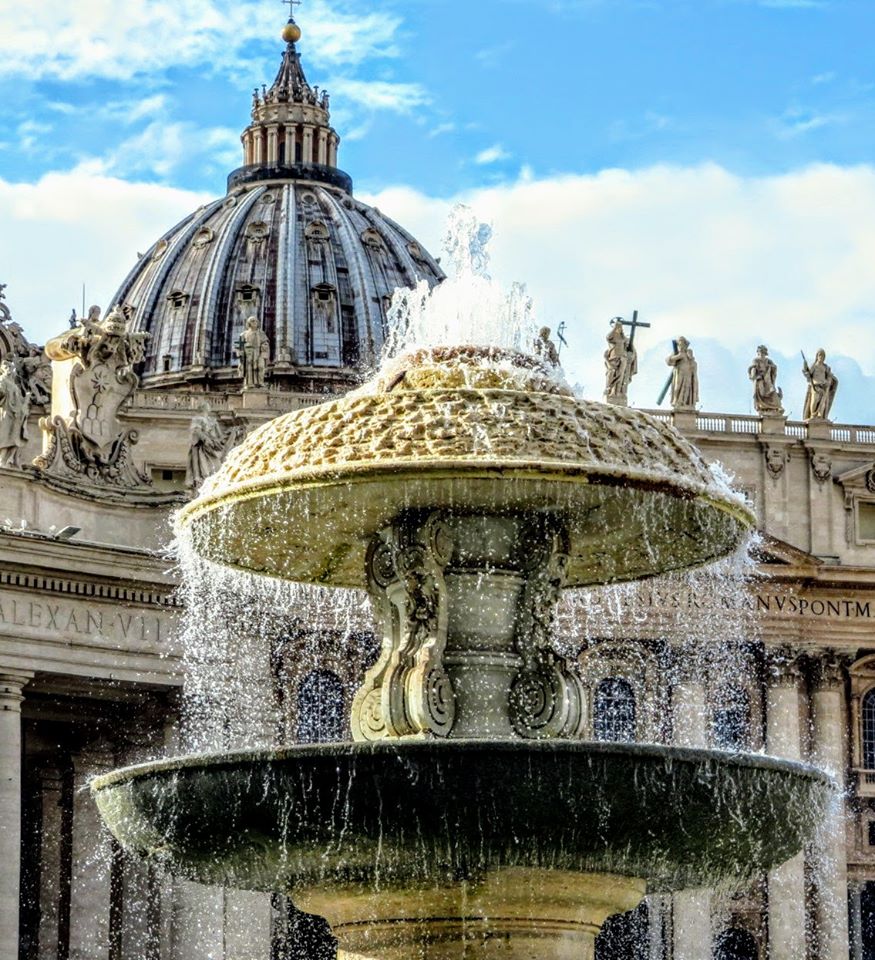 One of the twin fountains in St Peter's Square
The twin fountains in St Peter's Square date back to the 17th century. The fountain on the north side of the piazza was created by the architect Carlo Maderno (1556-1629) in 1613, following the rebuilding of an ancient Roman aqueduct, the Aqua Traiana. Renamed the Acqua Paola, the restored aqueduct provided the piazza with a much greater supply of water.

​For more than half a century the south side of the piazza remained empty until Pope Clement X (r. 1670-76) commissioned Gian Lorenzo Bernini (1598-1680) to create a second fountain.

The only way of telling the two fountains apart is to look at the coats of arms, which adorn the bases. The eagle and dragon belong to Pope Paul V (r. 1605-21), while the stars belong to Pope Clement X. ​
Gallery 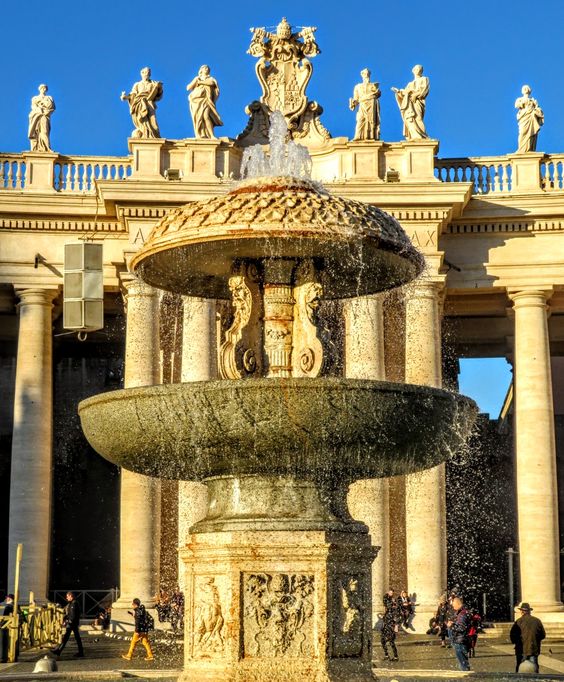 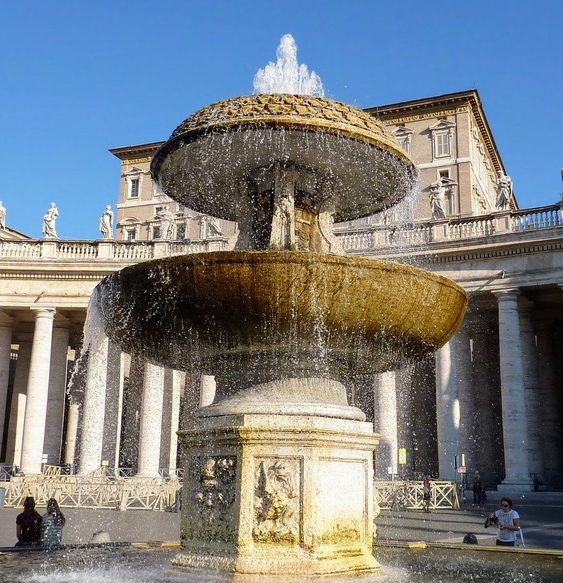