Fountain of the Cannonball 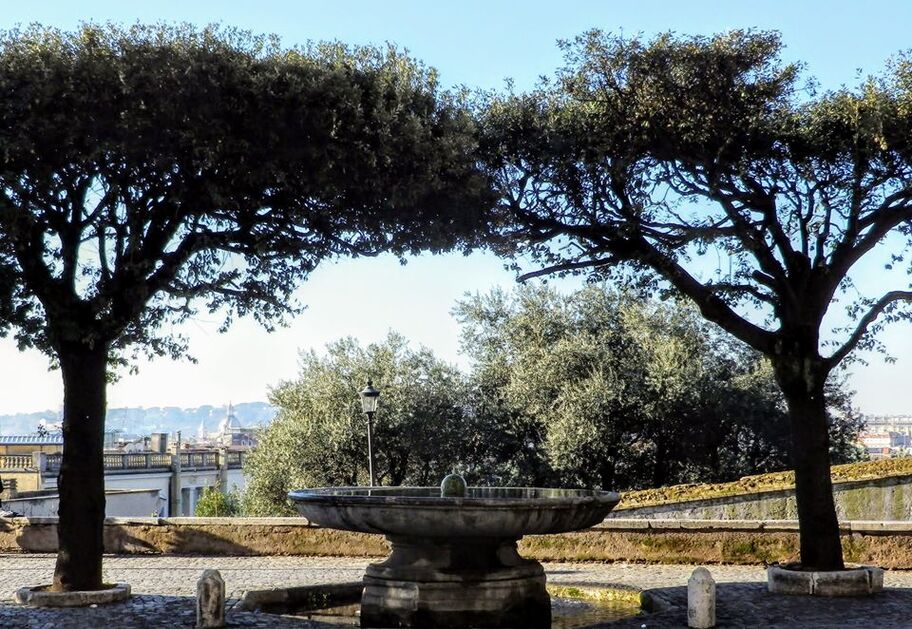 There are several tales to explain how the cannonball ended up as part of the fountain and they all involve Christina, erstwhile Queen of Sweden, who moved to Rome following her abdication on June 6th, 1654. Christina had converted to Catholicism and Sweden was a protestant country.

According to one story, Christina fired the cannonball at the Villa Medici, because she hated the representatives of the Spanish court, who were closely aligned with the Medici family. The dent the cannonball made in the door of the villa can still be seen.

The view from the Villa Medici, looking over the fountain towards St Peter's Basilica in the distance, was once famous, but it has now been obscured.