Fountain of the Acqua Paola

The Fontana dell' Acqua Paola, which was the first major fountain to be erected on the left bank of the Tiber, was fed by the Aqua Trajana, an ancient aqueduct built by the emperor Trajan (r. 98-117). The aqueduct was restored by Pope Paul V and renamed the Acqua Paola.
​
The façade of the fountain is adorned with six granite columns, which support an architrave bearing an inscription that proclaims: ANNO DOMINI MDCXII PONTIFICATVS SVI SEPTIMO (In the year of the Lord, 1612, the seventh year of his pontificate).

The fountain sports images of a dragon and an eagle, the two creatures which make up the Borghese coat of arms, the illustrious family to which Pope Paul V belonged.
Gallery 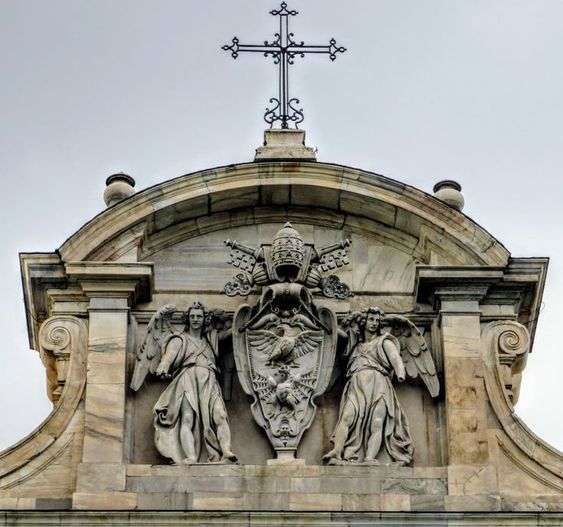