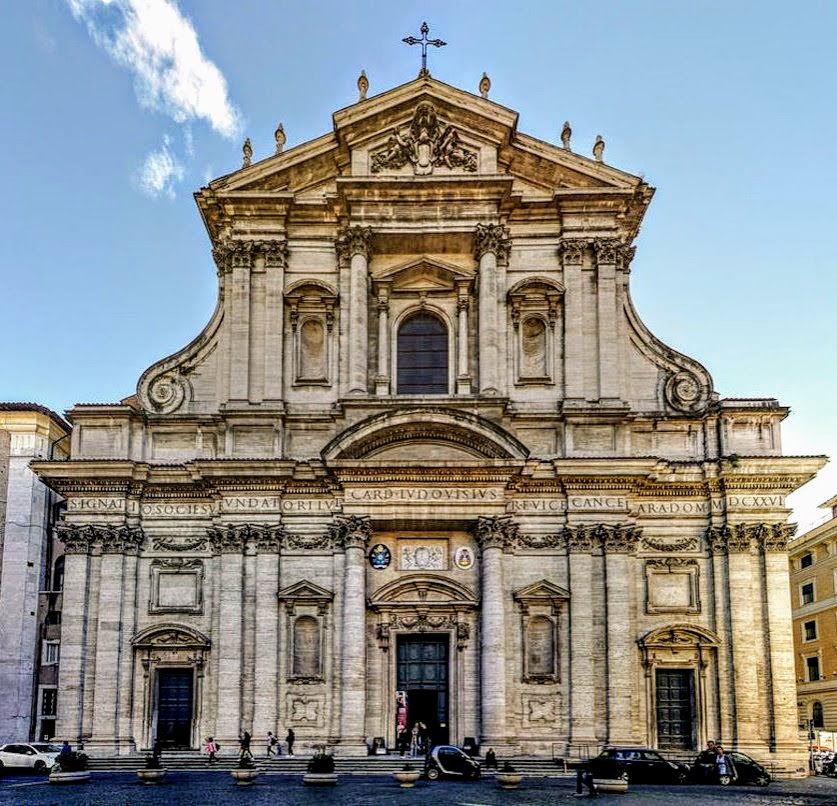 Sant' Ignazio di Loyola
The 17th century church of Sant' Ignazio is dedicated to St Ignatius Loyola (1491-1556), the Spanish soldier turned priest who was the founder of the Order of Jesus, better known as the Jesuits. Sant' Ignazio di Loyola a Campo Marzio, to give the church its full name, was funded by Cardinal Ludovico Ludovisi (1595-1632). Work began in 1626 four years after the canonisation (March 12th, 1622) of Ignatius by the cardinal's uncle, Pope Gregory XV (r. 1621-23). Both cardinal and pope are interred in the church.

The church was designed by a group of architects chaired by Orazio Grassi (1583-1654), who was a Jesuit priest, mathematician and astronomer. The stunning ceiling fresco in the nave was the work another Jesuit, Fra Andrea Pozzo (1642-1709). Pozzo also painted the fake cupola; the real dome was never built on account of lack of funds.

He also designed the transept chapels. The matching pair of altars sport huge marble barley-sugar columns and large marble bas-reliefs. The relief in the south transept depicts the Glory of St Aloysius Gonzaga by the French sculptor Pierre Legros (1666-1719), while the Annunciation in the north transept is the work of the Florentine sculptor Filippo della Valle (1698-1768). In a chapel at the back of the church is the funerary monument to Pope Gregory XV and his cardinal-nephew.
Gallery 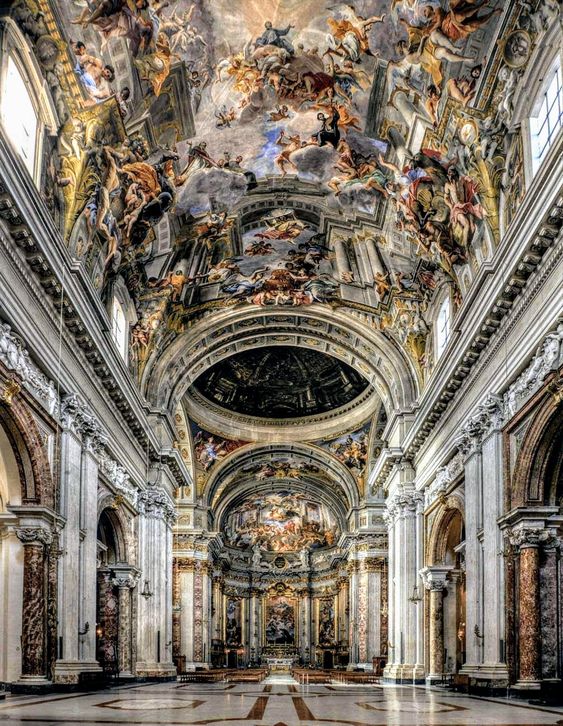 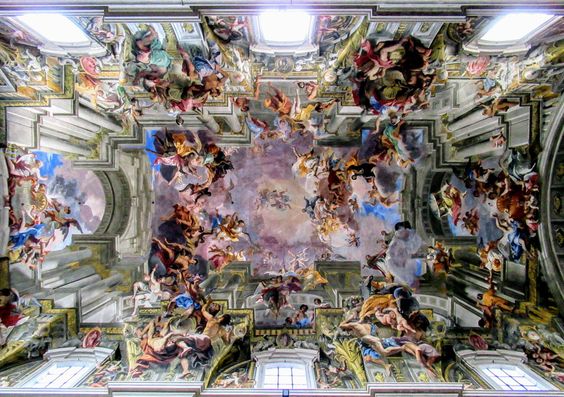 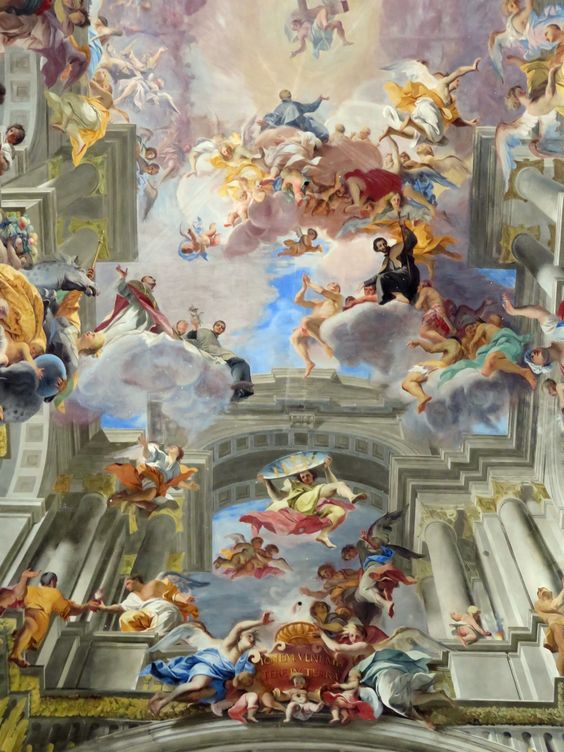 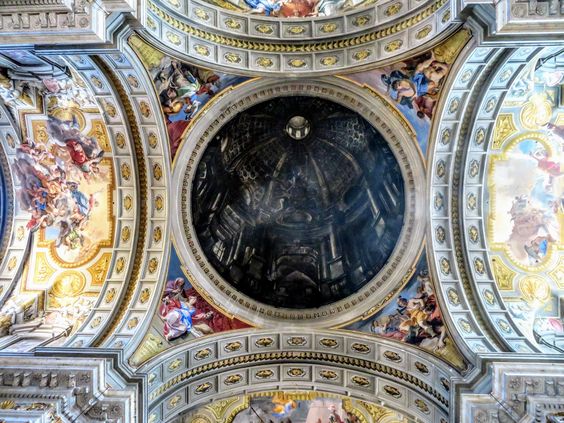 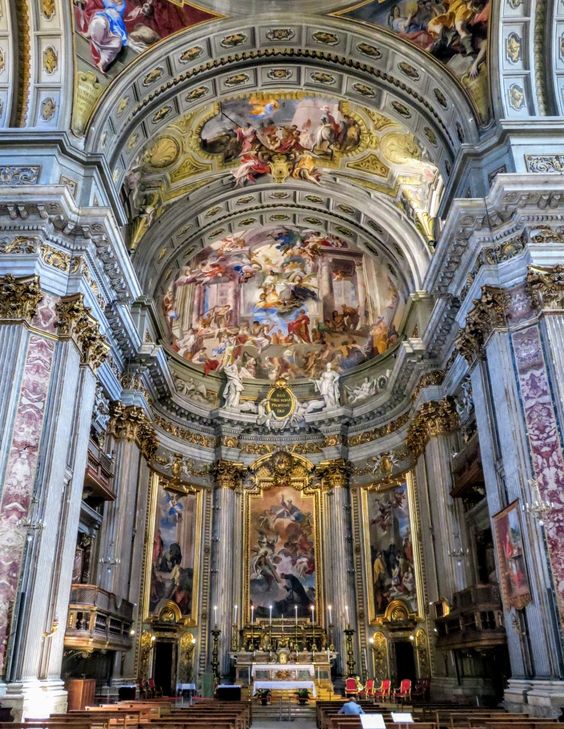 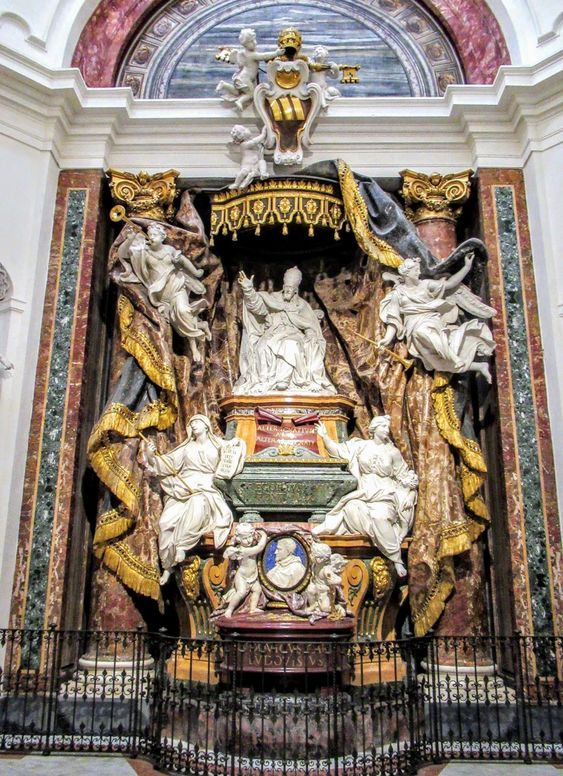 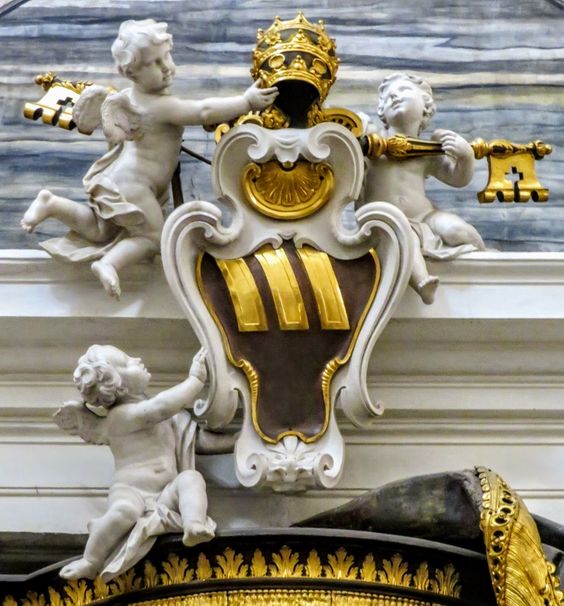 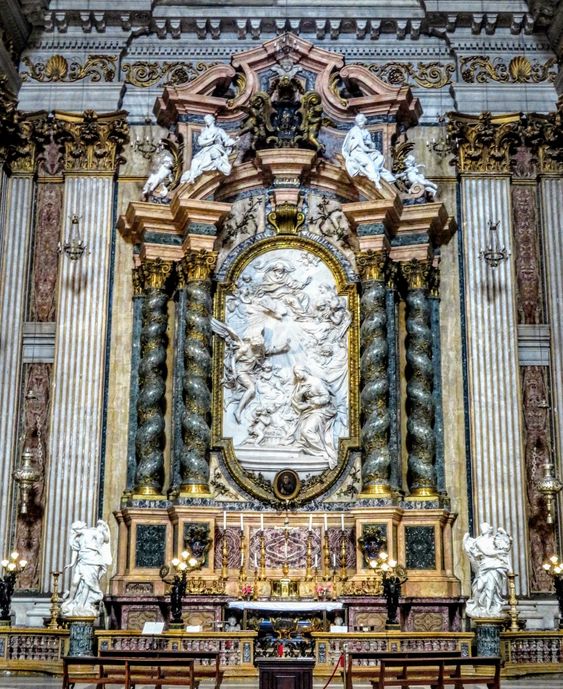 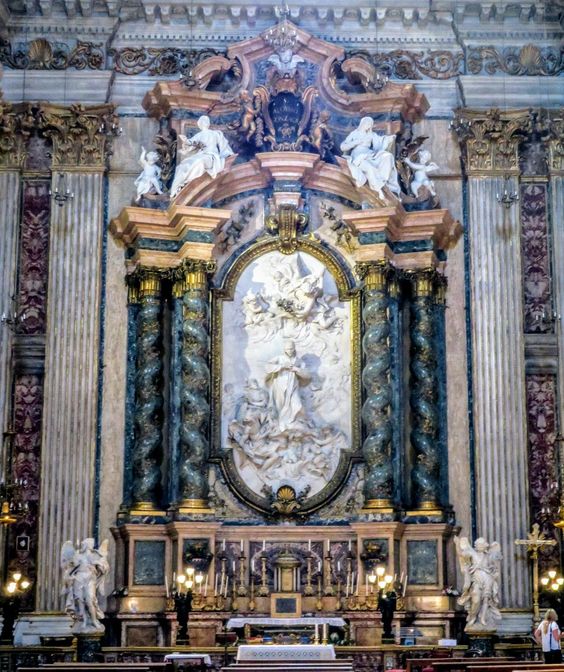 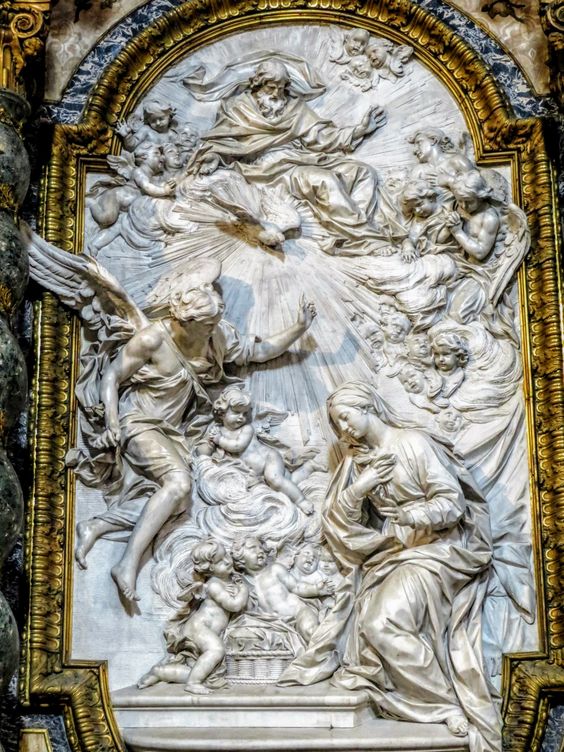 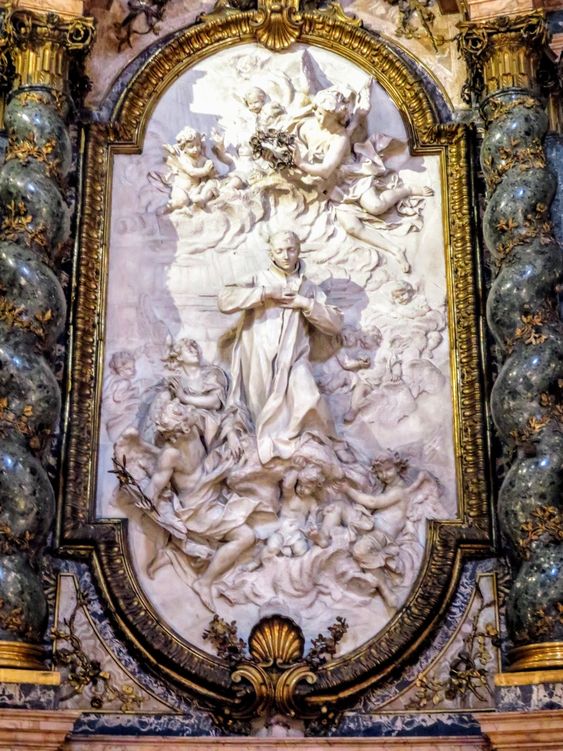 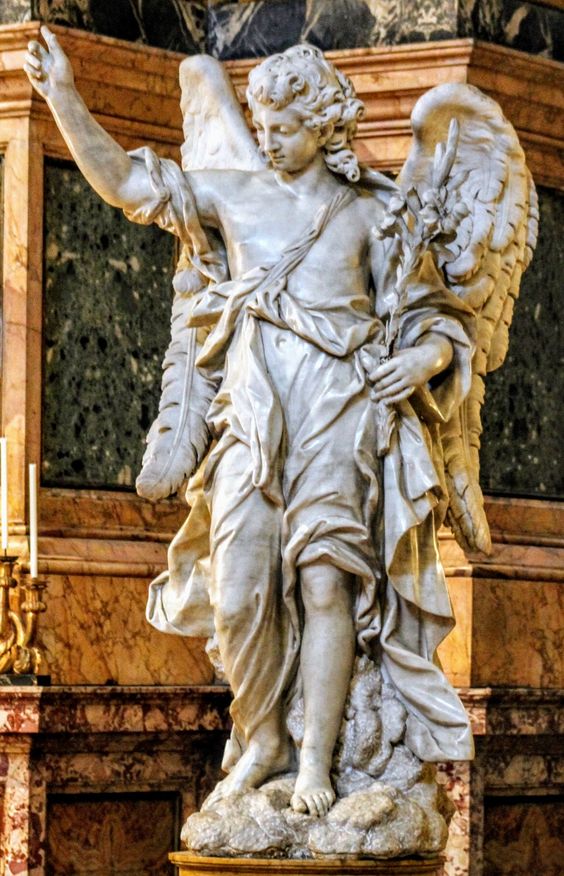