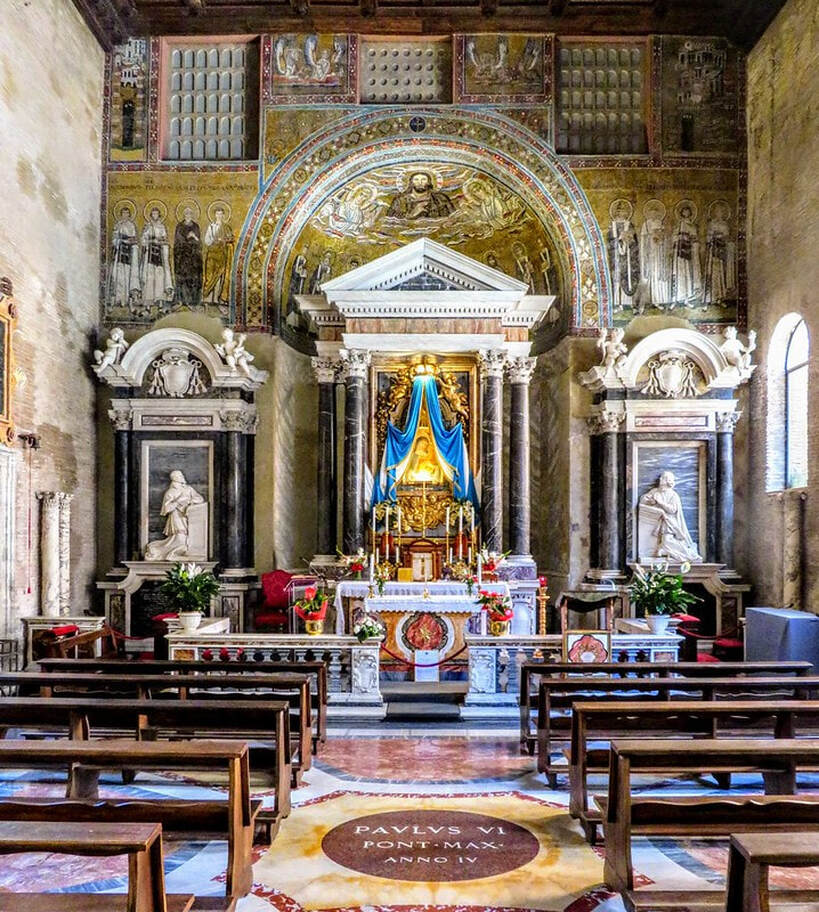 In the centre of the apse is the bust of Christ flanked by angels. Below him is the Virgin Mary, arms raised in the orans position. She is accompanied by (left to right) St Venantius (holding a model of the chapel), St John the Evangelist, St Paul, St John the Baptist, St Domnius and Pope Theodore I.

On the apsidal wall are depictions of the martyrs whose relics Pope John IV brought from Dalmatia. At a higher level are views of Bethlehem and Jerusalem and symbols of the four evangelists.
Gallery 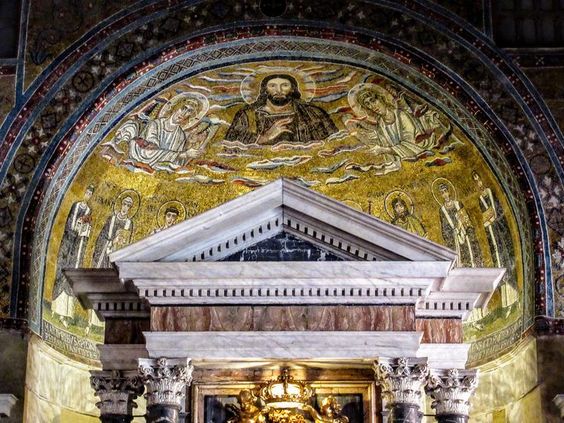 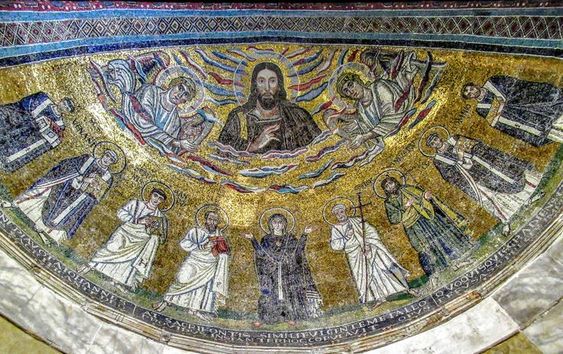 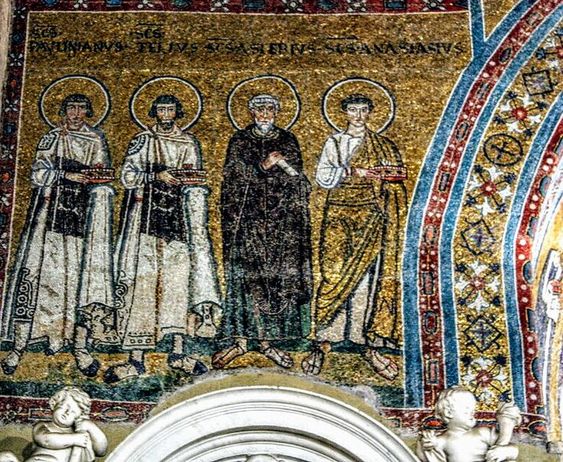 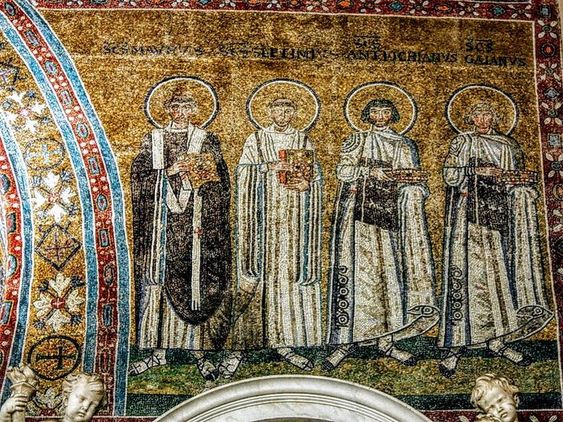