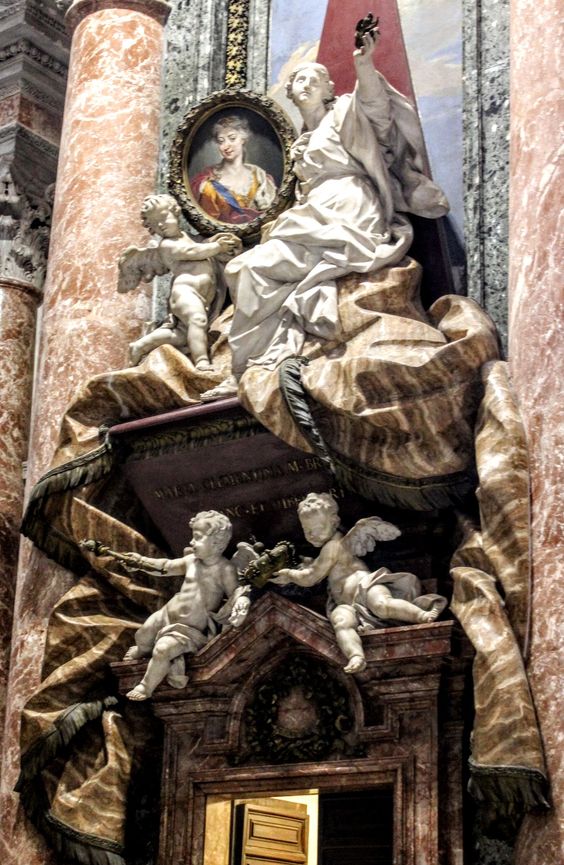 ​Maria Clementina Sobieska (1702-35) was the third and final woman to be honoured with a monument in the basilica. She was married to James Francis Edward Stuart, Prince of Wales, the son of James II of England, who was deposed in the Glorious Revolution of 1688.

Her portrait is held up by a personification of Charity, who raises a flaming heart with the other hand. At the base of the monument are two putti, one bearing a golden sceptre, the other a gold crown. At their feet is a wreath bearing the date of Maria's early death.

Maria Sobieska looks across at the monument to her husband and two sons, the last members of the Stuart dynasty.