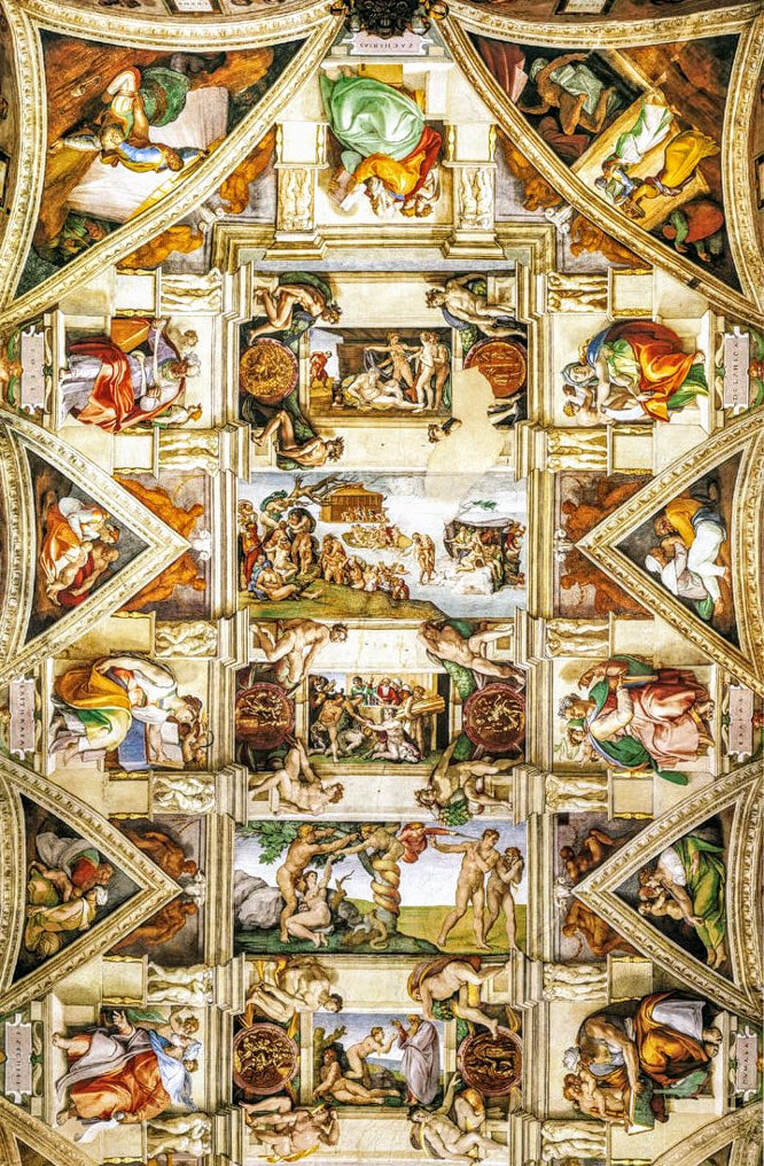 Eastern Half of the Ceiling
The Flood was the first fresco that Michelangelo and his assistants painted. They did not begin work immediately above the entrance, but five meters to the west. The Flood tells the story of how God, regretting (on account of its wickedness) having created mankind, decided to destroy everyone except Noah, a ‘just and perfect man’.

Michelangelo departs from the chronology in Genesis by placing the depiction of the Drunkenness of Noah before, rather than after, the scene of the deluge. The artist makes a further departure from scripture in depicting the sons as well as the father naked.

The fresco of the Creation of Eve was painted in a significant position in the centre of the vault and directly over the cancellata, the marble structure which, at that time, divided the chapel into two almost equal parts. Eve, in her position above the entrance to the part of the chapel reserved for the clergy, can be seen as a prefiguration of Mary, who in Catholic theology represents the Mother of the Church.

With the completion of this fresco Michelangelo had reached the halfway mark of the ceiling. The scaffolding was duly taken down and, on August 15th (Feast of the Assumption) 1510, a grand Mass was held in the chapel in celebration.

​The removal of the scaffolding gave Michelangelo his first real opportunity to take stock of his work from the floor of the chapel. He was clearly dissatisfied with the size of the figures, for when, a year later, he recommenced painting, he increased the size of the prophets and sibyls to such an extent that the ones in the western half of the chapel are up to four feet taller than their compatriots in the eastern half. 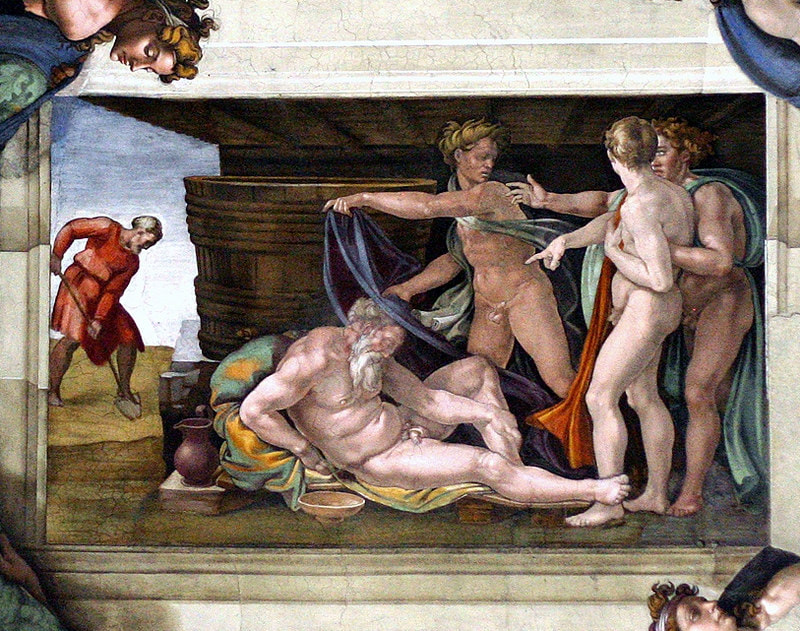 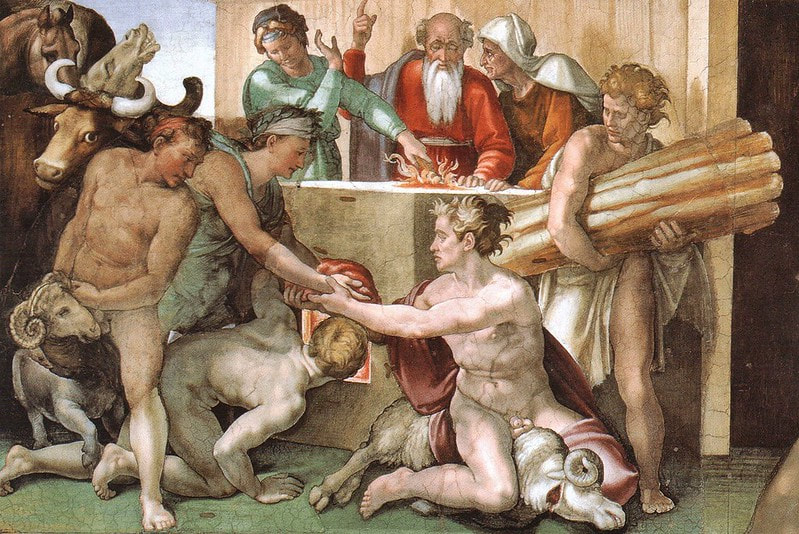 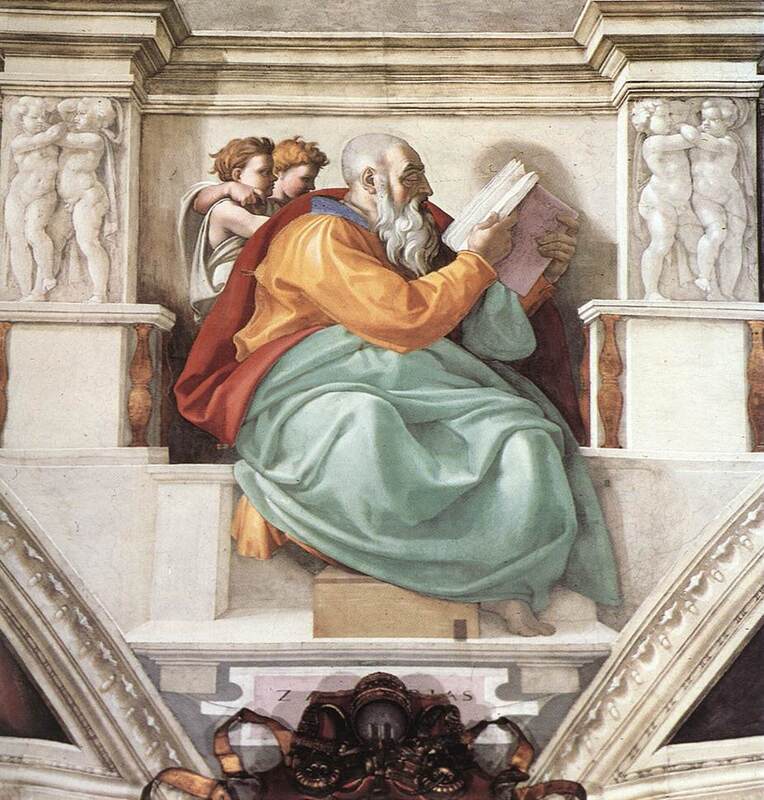 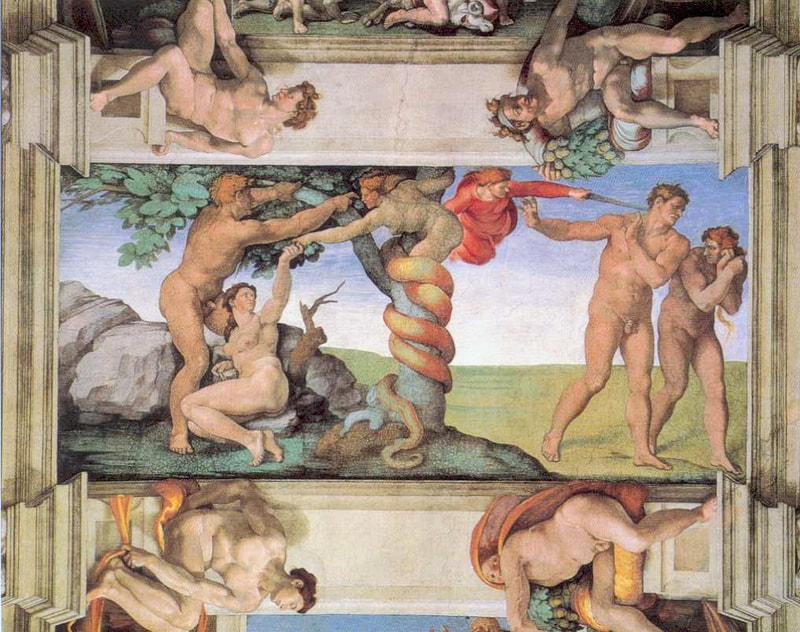 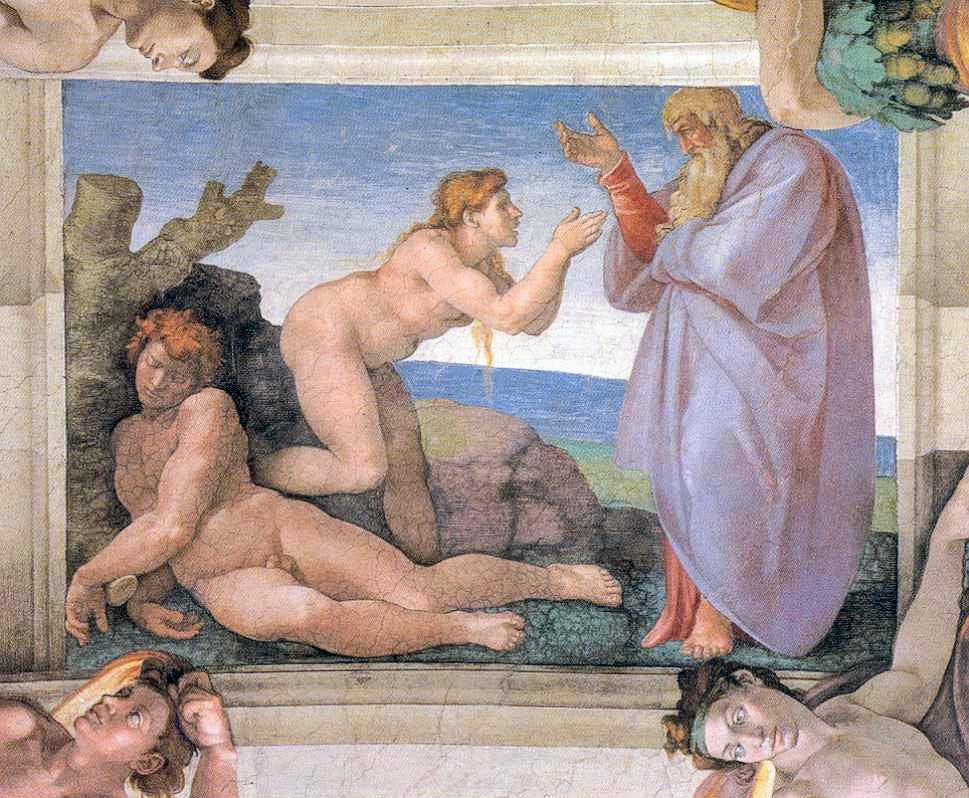