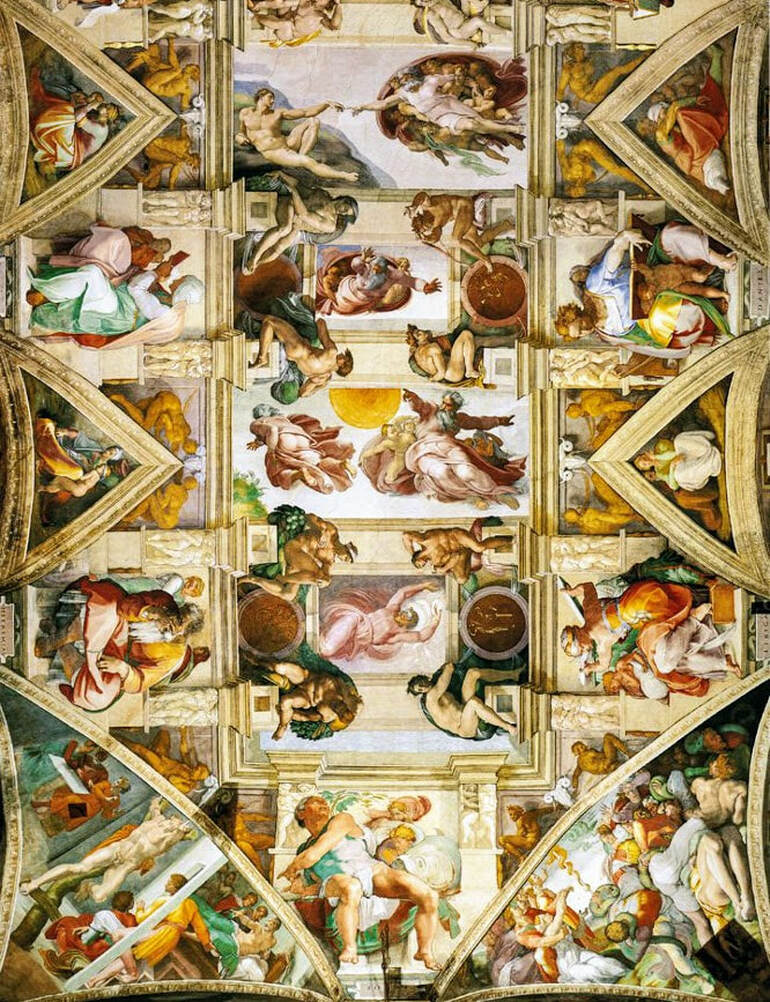 Western Half of the Ceiling
In the autumn of 1511 the scaffolding was erected in the western half of the chapel and Michelangelo began work on what would become the most famous and iconic image he ever painted.
​
“And the Lord God formed man of the dust of the ground, and breathed into his nostrils the breath of life; and man became a living soul.” (Genesis 2:10)

The bible clearly describes how God breathed life into Adam through his nostrils, but Michelangelo breaks away from the text and depicts God on the verge of bringing Adam to life through the touching of their fingers.

The very last fresco that Michelangelo painted was that of the prophet Jonah, directly above the altar.  Jonah was thought by Christian theologians to prefigure the death and resurrection of Christ and the fresco shows the master at the very height of his powers in the virtuosic foreshortening of the figure.

Michelangelo completed the painting of the ceiling on October 31st, 1512, and on the following day, the Feast of All Saints, Pope Julius II inaugurated the chapel with a solemn Mass. 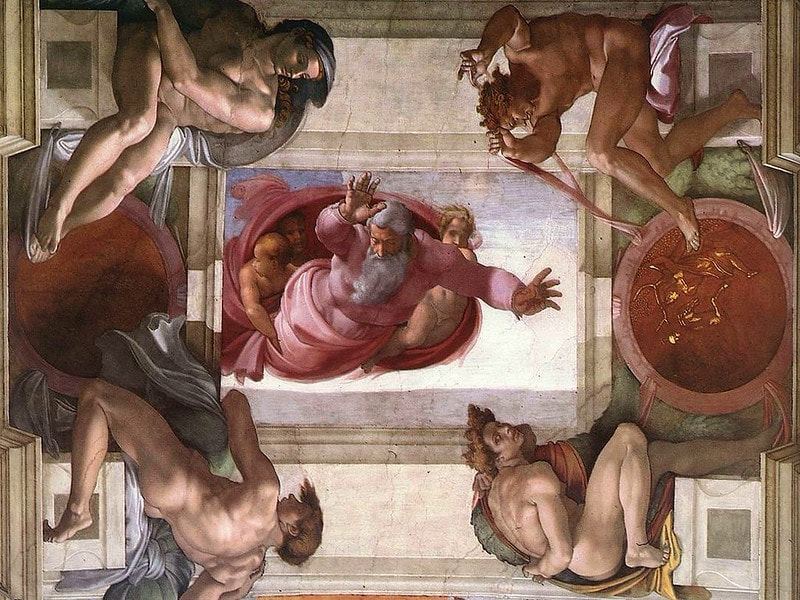 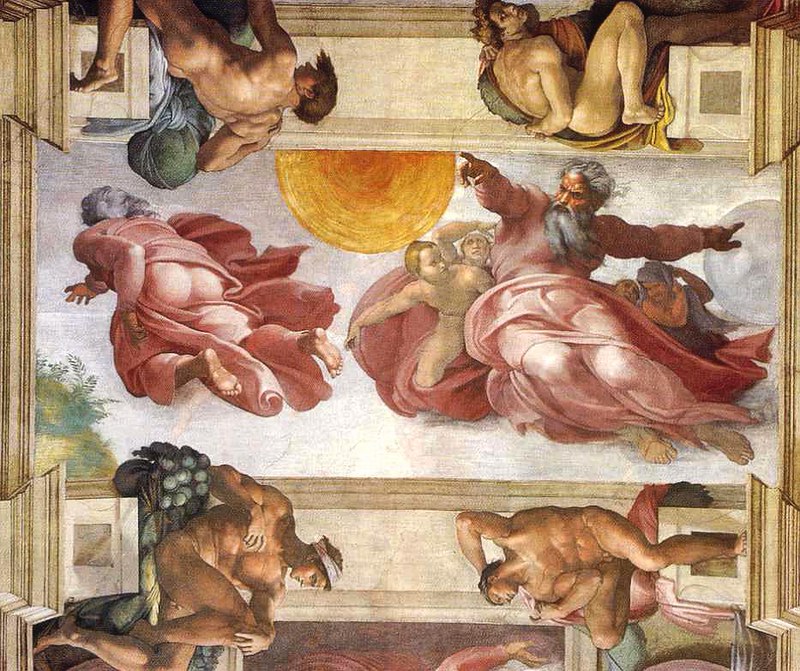 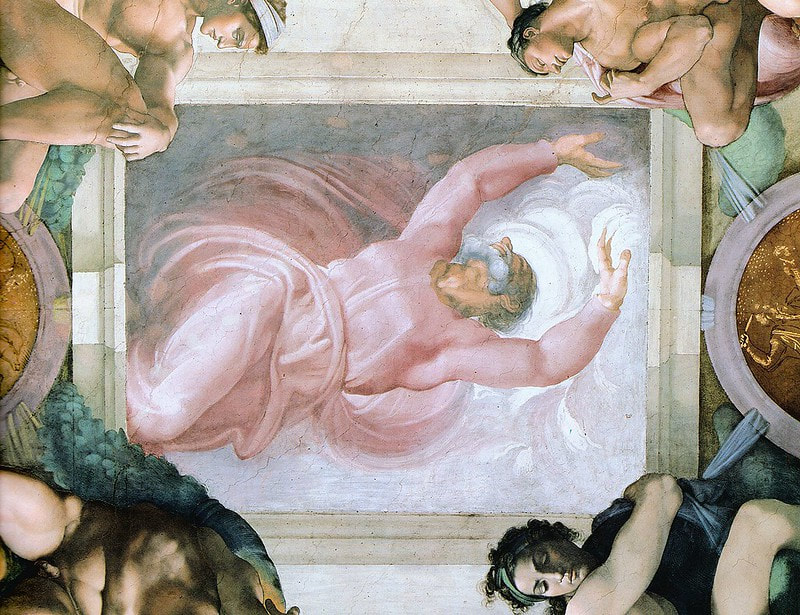 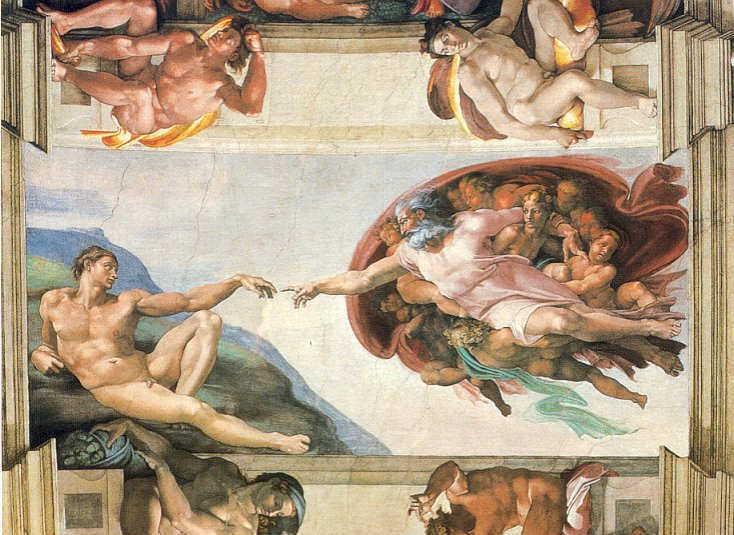 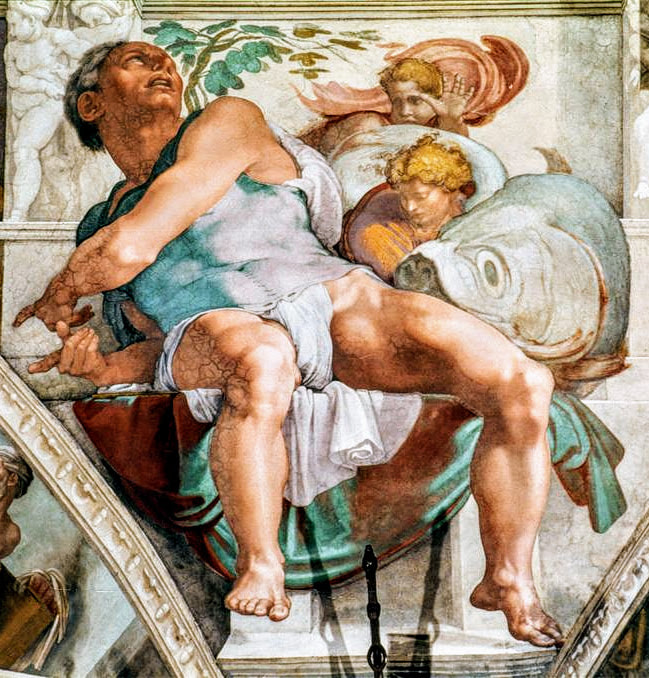 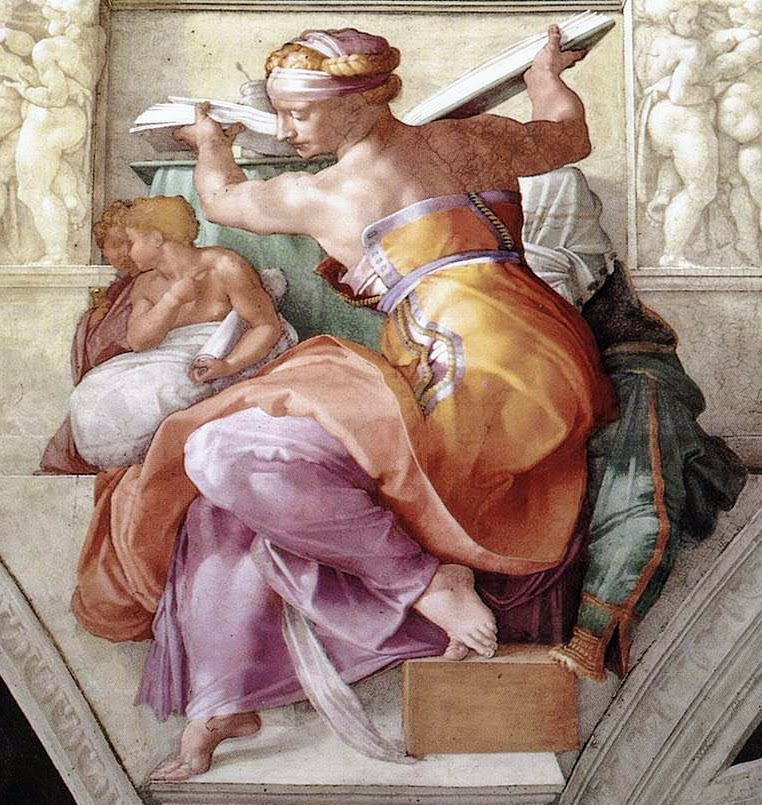 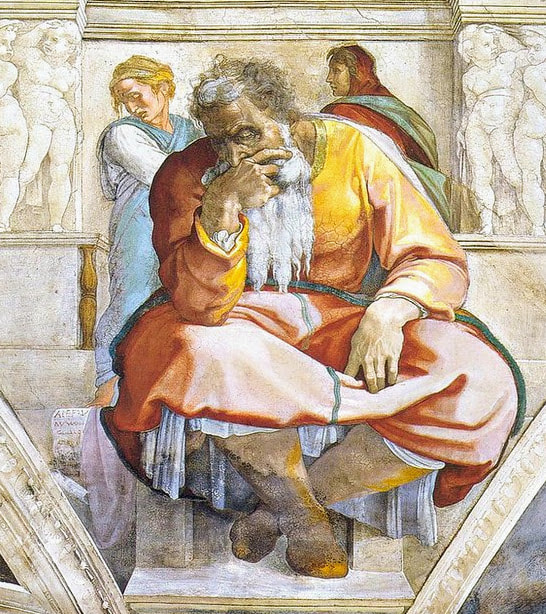 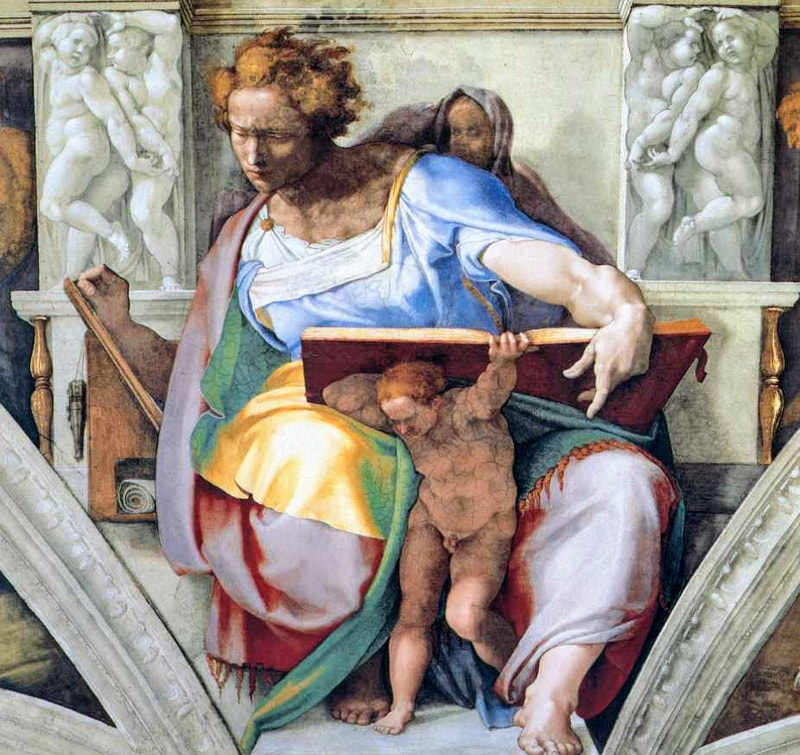